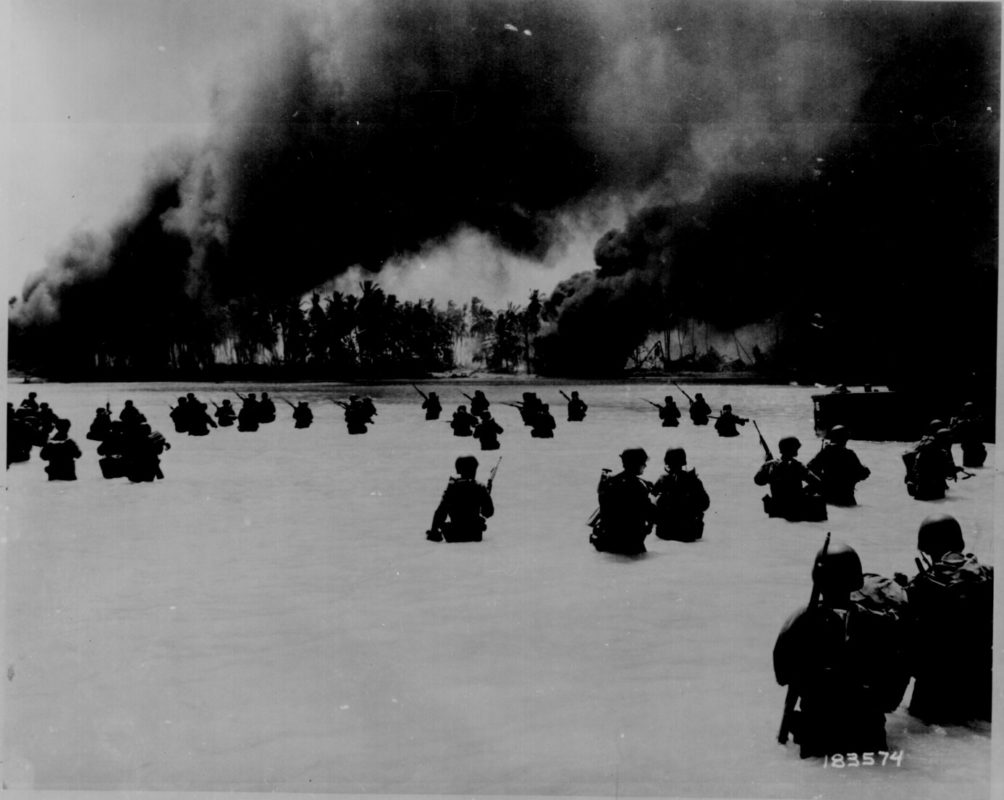 Dr. John C. McManus, a military historian whose most recent books have dealt with the U.S. Army’s experience during World War II in Europe, now sets his sights on the Army’s role in the Pacific theater of World War II in a new book, the first of a two-volume history of the struggle.

Fire and Fortitude: The US Army in the Pacific War, 1941-1943 is the title of the new book by McManus, Curators’ Distinguished Professor of history at Missouri S&T. It is also the first of his 13 books to examine the Army’s experience in the Pacific and East Asia.

“Fire and Fortitude is an epic human story, one that I have wanted to tell for years,” McManus says. ”The army that fought Japan was the third-largest American ground force ever sent overseas in time of war, and yet few World War II historians have ever delved into its incredible history.

“I discovered tremendous amounts of new, original source material,” he adds, “and came to realize that the Pacific War set the tone for so much subsequent American history, such as the brutal nature of the fighting, the preeminence of Asia in American strategic thinking, the rise of post-colonial nationalism, the importance of cultural know-how, particularly in counterinsurgent warfare, and the crucial role of leadership for any military force.”

Published by Dutton Caliber, a division of Penguin Random House, the 640-page book begins with an account of the Japanese attack on Pearl Harbor in December 1941 – the event that drew the U.S. into war with Japan – and concludes with the November 1943 Battle of Makin, a sliver of an island in the Pacific, where U.S. soldiers were tested by increasingly desperate Japanese forces.

Between Pearl Harbor and Makin, McManus tells the story of nearly two years of punishing combat in the Pacific as the U.S. Army “transformed, at times unsteadily, from an undertrained garrison force to an unstoppable juggernaut,” McManus says. The war also transformed America from “an inward-looking nation into a global superpower,” McManus says.

McManus delves into the actions and personalities of many of those military leaders, including generals Douglas MacArthur, whom he describes as “a military autocrat driven by his dysfunctional lust for fame and power”; Robert Eichelberger, “perhaps the greatest commander in the theater yet consigned to obscurity by MacArthur’s jealousy”; soldier-turned-miscast-diplomat “Vinegar Joe” Stillwell; and German-born Walter Krueger, who would come to lead the largest American ground force in the Pacific.

Giving voice to the common soldier

As is typical with McManus’ military histories, he also gives life to the voices of the common soldiers on both sides, especially “the uncelebrated American grunts” who endured the hostile tropical climate and battled malaria and other diseases while they fought a formidable Japanese army.

The publisher calls McManus’ book a “boldly revisionist account” of the first two years of the Pacific Theater. McManus calls that description accurate on many levels.

“In our popular memory – or perhaps our popular mythology – the Marines fought the ground war in the Pacific,” even though “the Army did the vast majority of the fighting and dying,” McManus says.

“My purpose is not to denigrate the Marine Corps, but to present a broader and more comprehensive context for our understanding of the war against Japan,” McManus says. “At the same time, I present completely new portraits and analyses of many key leaders, most notably Douglas MacArthur, a somewhat legendary figure whose actions and behavior were nonetheless incredibly troubling.”

McManus also sheds new light on “the experiences of average Japanese soldiers in combat, as well as the U.S. Army’s vast logistical effort, its cultural challenges and its racial strife.”

He may also be the first historian to develop the idea that the Pacific War was, “to a great extent, not just a conflict between great nations, but also an interspecies struggle” between soldiers and the insects and microbes they encountered.

“For example, during the New Guinea campaign of 1942-1943, the U.S. Army lost at least four soldiers to insect- or environmental-borne diseases for every one wounded or killed in combat,” he says.

McManus’ research for Fire and Fortitude, as well as the second volume, which is expected to be published in 2021, was supported in part through a National Endowment for the Humanities Public Scholar award. McManus received the award in 2015.

McManus spent this most recent academic year as a visiting professor at the U.S. Naval Academy in Annapolis, Maryland, where he held the Dr. Leo A. Shifrin Distinguished Chair of Military History. That experience with the Naval Academy helped further inform his research for Fire and Fortitude, he says.

He is also the author of Grunts: Inside the American Infantry Combat Experience, World War II Through Iraq, in which he argues that, despite the military’s reliance on technology in modern warfare, troops on the ground – the grunts – often make the difference between victory and defeat.

“The true difference makers in wars will be the soldiers on the ground,” McManus says. “Now, they need a lot of support, and the technology makes a difference. But in the end, who tips the balance? The guy on the ground.”

McManus received the 2012 Missouri Governor’s Award for Excellence in Teaching and was named the 2012 Research Fellow by the First Division Museum at Cantigny Park. In 2007, he was named to History News Network’s list of Top Young Historians and in 2008 he received the Missouri Conference on History Book Award for Alamo in the Ardennes.

On July 10, 2019. Posted in College of Arts, Sciences, and Business, Department of History and Political Science, email, Research