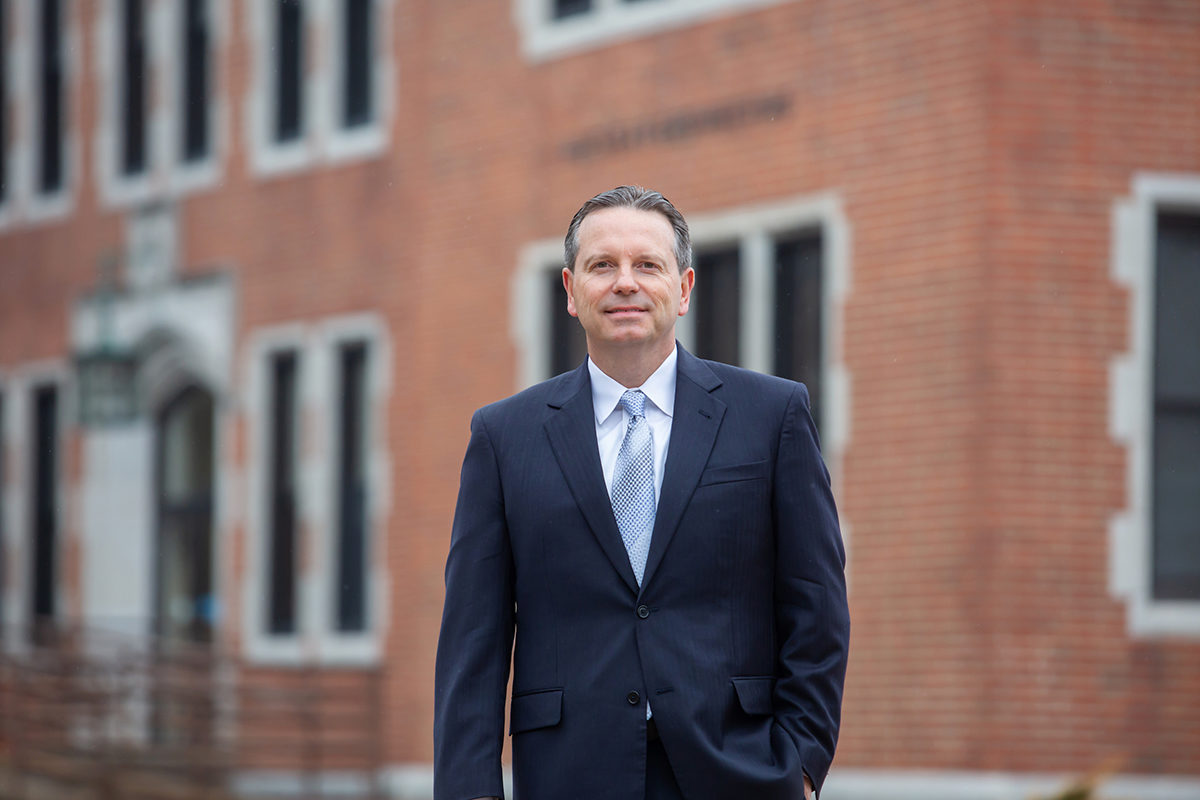 Dr. Stephen Roberts, who joined Missouri S&T in August 2014 as founding vice provost and dean of the College of Arts, Sciences, and Business (CASB), will become interim provost and executive vice chancellor of academic affairs of Missouri S&T effective July 1.

Roberts succeeds Dr. Robert Marley, who served as provost and executive vice chancellor of academic affairs from July 14, 2014, through June 30 and now joins the faculty of the Missouri S&T department of engineering management and management systems.

“I’m very impressed with Steve’s accomplishments as dean of our College of Arts, Sciences, and Business during its formative years, and I look forward to working with him in his new interim role as our chief academic officer,” says Dr. Mohammad Dehghani, incoming chancellor of Missouri S&T. “I’m also excited to have Dick Brow join the leadership team in his new role. These two leaders will be integral to our future success as we move S&T forward.”

Prior to joining S&T as vice provost and dean, Roberts was professor and chair of biology at Central Michigan University from 2009 to 2014. He previously served on the biological sciences faculty of the University of Nevada-Las Vegas from 1999 to 2009. He holds a Ph.D. in biology from Arizona State University and bachelor and master of science degrees from Illinois State University.

As interim provost, Roberts will oversee Missouri S&T’s academic programs in CASB and the College of Engineering and Computing as well as academic support, enrollment management and global learning.

Brow’s responsibilities in the provost’s office include assessment of current degree programs, identifying and implementing new academic programs, working with the vice chancellor for research and other University of Missouri System campuses to identify research and innovation opportunities, and identifying and recruiting distinguished professors and research scientists.

An interim vice provost and dean for CASB will be announced soon, and a national search for a permanent provost and executive vice chancellor of academic affairs is expected to begin in the fall.

On June 27, 2019. Posted in College of Arts, Sciences, and Business, College of Engineering and Computing, email, News, People