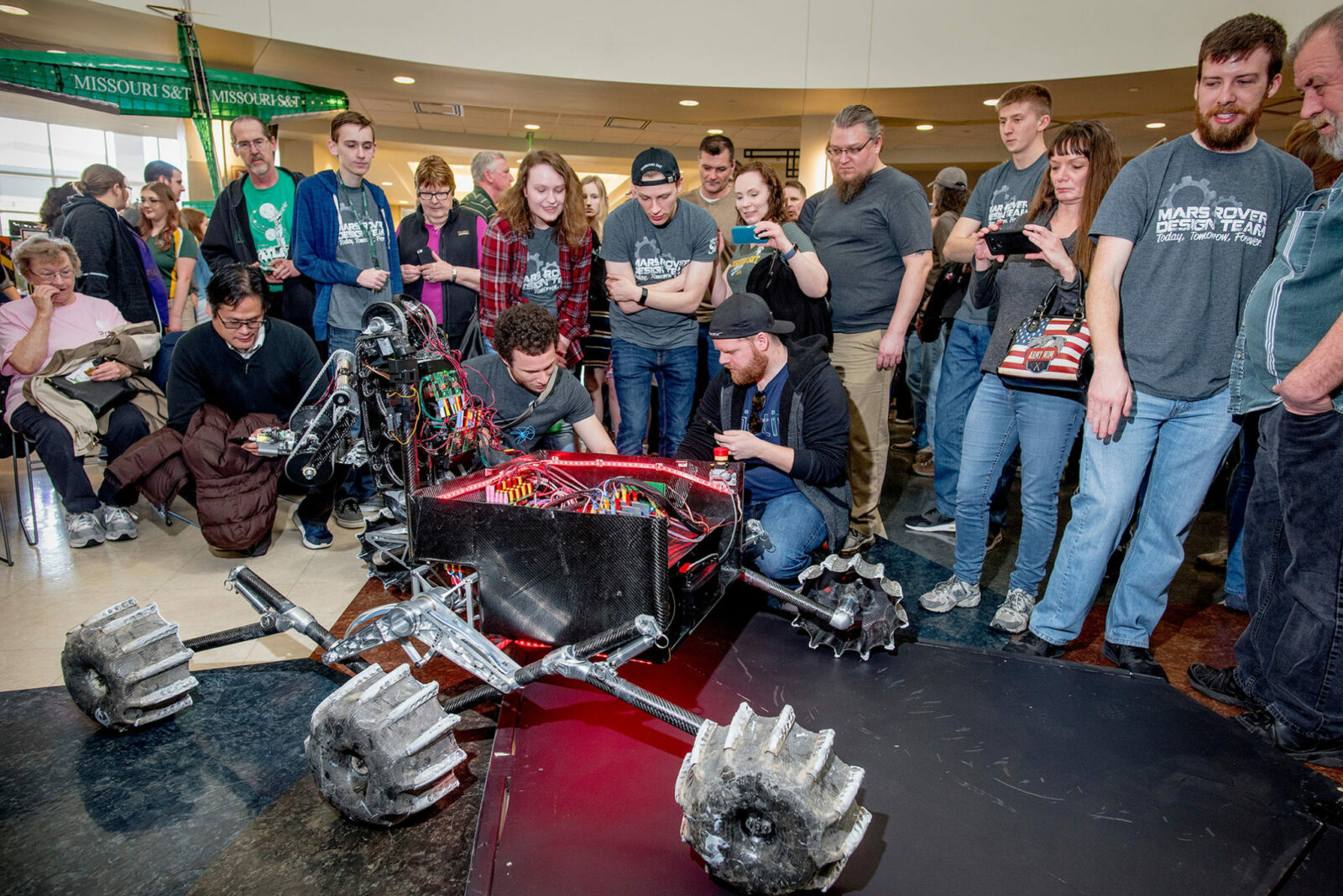 A team of students from Missouri S&T will demonstrate the fundamentals of remote robotic travel and task completion as part of a competition that challenges students to design and build the next generation of Mars rovers.

The University Rover Challenge, sponsored by the Mars Society, will take place May 30-June 1 at the Mars Desert Research Station in Hanksville, Utah. The Utah desert is used because it most accurately resembles the rocky terrain of Mars.

Missouri S&T’s Mars Rover Design Team will compete against 36 other registered teams from around the world. Countries represented include Australia, Bangladesh, India, Mexico, Poland, Turkey and the United Kingdom, in addition to teams from the United States.

Prior to the start of the competition, the students were required to submit a video presentation that explained the design and cost of their rover. Students must also submit a detailed final expense report.

In Utah, the team will compete in four active rover events.

The retrieval and delivery task requires teams to use the rover to collect lost tools left in the field and deliver them to multiple locations throughout the field.

In the science task, the rover must take soil samples at selected sites in the field and use onboard instrumentation to perform a basic scientific evaluation to determine geological significance or determine the likelihood of biological life.

In the autonomous traversal task, rovers will be required to maneuver through a variety of difficult terrains to test the rover’s ruggedness and its ability to find the route through soft sand, rough stones, rock and boulder fields, vertical drops, and steep slopes.