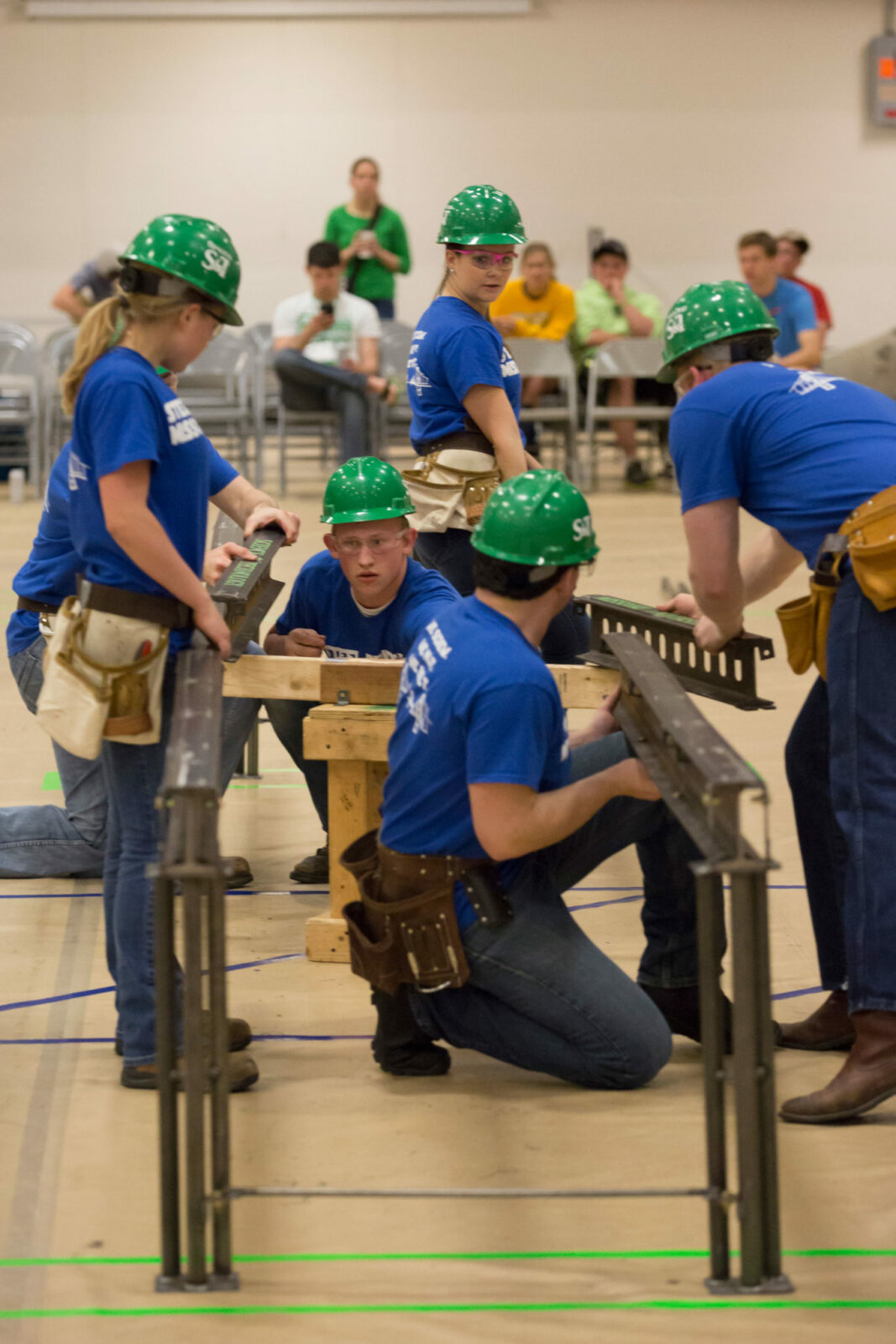 Two teams of students from Missouri S&T will test the principles of construction and engineering at the 2019 American Society of Civil Engineers (ASCE)/American Institute of Steel Construction (AISC) Mid-Continent Student Conference – one by hand-constructing a scale-model bridge and the other by racing a 250-pound concrete canoe.

Missouri S&T’s Steel Bridge and Concrete Canoe design teams will both compete against other regional universities at the conference, held April 12-13, at the University of Oklahoma, located in Norman, Oklahoma.

For the Concrete Canoe competition, students must design a lightweight canoe that minimizes drag in the water, is strong enough to hold several paddlers and can remain buoyant when completely submerged in water. Each team is judged on their engineering reports, a presentation and displays that illustrate the manufacturing process. After passing a “swamp test,” designed to test the buoyancy of the canoe, the team will then compete in head-to-head, short-distance and endurance racing events. 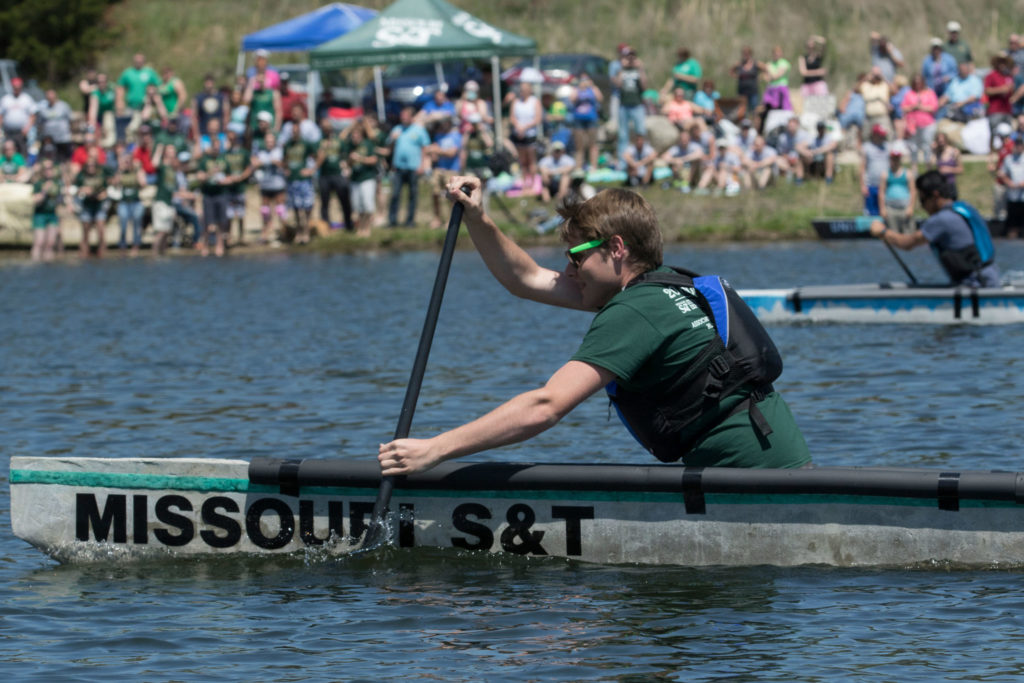 This year’s canoe is named Wattson and incorporates a steampunk theme that the team calls STEMpunk to emphasize Missouri S&T’s science, technology, engineer and math (STEM) fields. The canoe is 19-feet long and painted with black and copper gears. The canoe has a mica inlay of concrete mix, which gives it a metallic, shiny appearance.

“Our major construction accomplishment for the year is that we were able to create a 3-D model of the boat, which allowed us to directly waterjet our mold for the first time in our team’s history,” says Kathryn Buscher, a concrete canoe team leader and a senior in ceramic engineering from St. Louis. “It drastically improved the smoothness and finish of our boat and significantly reduced our mold construction time.”

Missouri S&T’s Steel Bridge Design Team will compete against other regional collegiate teams to construct a scale-model bridge as fast as possible. The competition is scored based on a dollar amount rather than a points system. This scoring simulates the accounting process involved in determining the budget for an actual bridge construction project.

The bridge is scored on its weight and rigidity, construction speed and the number of team members building the bridge. Penalties are assessed for infractions like dropping bolts, holding two pieces of the bridge at once and stepping over designated lines. Each bridge is also load tested to see if it can hold a required amount of weight.

The two teams are a part of the 20 student-run groups in Missouri S&T’s Student Design and Experiential Learning Center (SDELC). The SDELC, housed in the Kummer Student Design Center, provides teams with computer design laboratories, a manufacturing shop, office space and logistical support. Design teams mirror small start-up companies that plan large-scale projects, organize into departments, raise funds, communicate their ideas and solve open-ended design challenges. Almost every team competes annually at an event against other collegiate teams from around the country and the world. For more information about the teams, visit design.mst.edu.