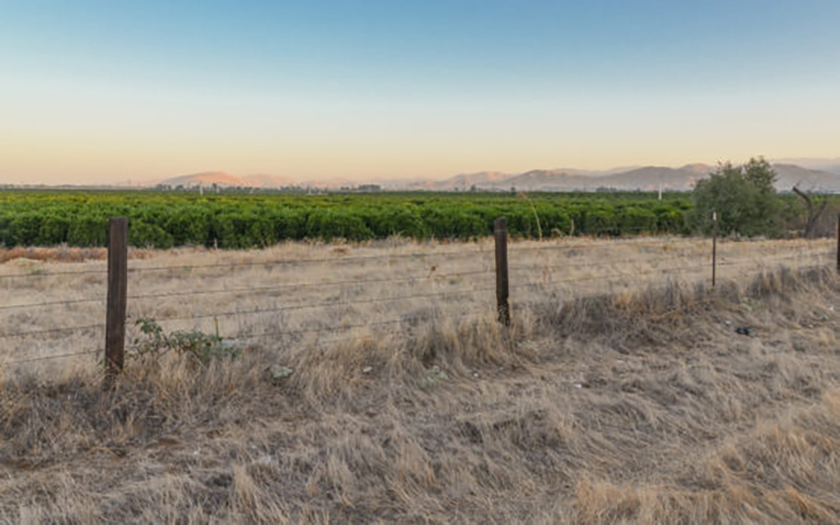 Hills and dry grass surround farmland in Tulare County, California, where extensive agriculture combines with low precipitation, warm temperatures, a need to pump groundwater and an abundance of clay that tends to compact when pumped dry. (Serj Malomuzh / Shutterstock)

A Missouri S&T researcher, working with colleagues at Stanford University, has developed a new model that could help water managers map precisely where groundwater recharge is most needed to replenish aquifers in California’s Central Valley, the state’s most productive farming region.

The research, published online last month in the journal Water Resources Research, suggests managed flooding of the ground above the aquifers. 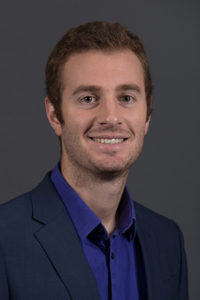 The amount of water exiting aquifers under the state’s Central Valley far surpasses the amount of water trickling back in, says Dr. Ryan Smith, an assistant professor of geological engineering at Missouri S&T, lead author of the study. That rampant overdraft has caused land across much of the region to sink, permanently depleting groundwater storage capacity and damaging infrastructure.

Knowing where water will go underground depends on mapping the intricate channels of sand and gravel that interlace tightly packed clays and silts. In California, that information often comes from drilling contractors’ reports to state regulators, which are expensive to acquire and do not cover areas between or beneath the drilled wells. As a result, the most common approach to dealing with subsidence, the downward settling or sinking of the ground’s surface, is reactive, Smith says.

“If we are proactively managing then we can prevent unrecoverable storage loss,” says Smith, who completed the research as a Ph.D. student in geophysics at Stanford.

Parts of the Central Valley sunk by as much as 28 feet during the first half of the 20th century, and in recent decades some locations have dropped by nearly 8 inches per year. Modeling in the new study indicates the ground will sink by another 13 feet or more at some sites over the next 20 years unless pumping slows down.

Even under a scenario where pumping never exceeds the amount of water going into aquifers, the model predicts continued sinking as past overdrafts take their toll. “There is a time delay in the system,” says Dr. Rosemary Knight, senior author on the study and the George L. Harrington Professor in Stanford’s School of Earth, Energy & Environmental Sciences. “The only way we can stop it is to be strategic about what we do with our available recharge water.”

In a normal year, water in canals, reservoirs and rivers is sufficient for most irrigation in the Central Valley, while aquifers provide a supplement. In recent drought years, however, surface supplies came up short and farmers contributing to the region’s $17 billion agricultural industry relied more heavily on groundwater.

“It’s a perfect storm of an extensive agricultural industry combined with low precipitation, warm temperatures, the need for pumping groundwater and an abundance of clay that is prone to subsidence,” says Knight. Moreover, California clays that compact when pumped dry also tend to be rich in arsenic, which intensive pumping can release into water supplies. “So you have problems with water quantity and water quality,” Knight says.

Recharge methods now in use or under serious consideration in California involve flooding fields or orchard groves during the winter months or creating year-round recharge ponds. “The key question is where does the water go?” Knight said. “If you’re going to flood a farmer’s field, you should be sure it’s going to work.”

Above and below ground

The new approach, based on a marriage of two types of remote sensing data, could be applied across large agricultural regions at relatively low cost. Knight and Smith analyzed the structure of sand and clay layers that had been measured in a previous study by transmitting electromagnetic signals from a helicopter at three sites in Tulare County, about 45 miles south of Fresno, California. They also processed data from public satellite images to measure how much the ground had sunk.

“I realized that both of the datasets were linked to clay content,” says Smith. “I thought, if there’s a mathematical way to connect these two, then we could build a predictive model of subsidence.” The study describes a method for adapting existing math and physics algorithms to integrate the two datasets into one model.

Only a sliver of California has been mapped with both types of remote sensing data, says Tim Godwin, a senior engineering geologist with the California Department of Water Resources. But as these datasets grow, he says, coupling them with tools to predict sinking will help answer questions about the best ways to meet sustainability goals. “Groundwater managers will be able to more accurately predict susceptibility to subsidence conditions and have greater confidence in proposed projects,” he says.

According to Smith, subsidence in the coming years could be even more severe than the current model indicates if drillers deepen the region’s wells to cope with future water shortages.

“There are still deeper, largely untapped aquifers that, if pumped, would have a dramatic pressure loss,” he says. “That would cause the clays to compact more than they do in the portions of the aquifer being used today.”

The research was supported by the Gordon and Betty Moore Foundation and a National Science Foundation Fellowship grant.

On April 12, 2019. Posted in College of Engineering and Computing, email, Geological Engineering, Research