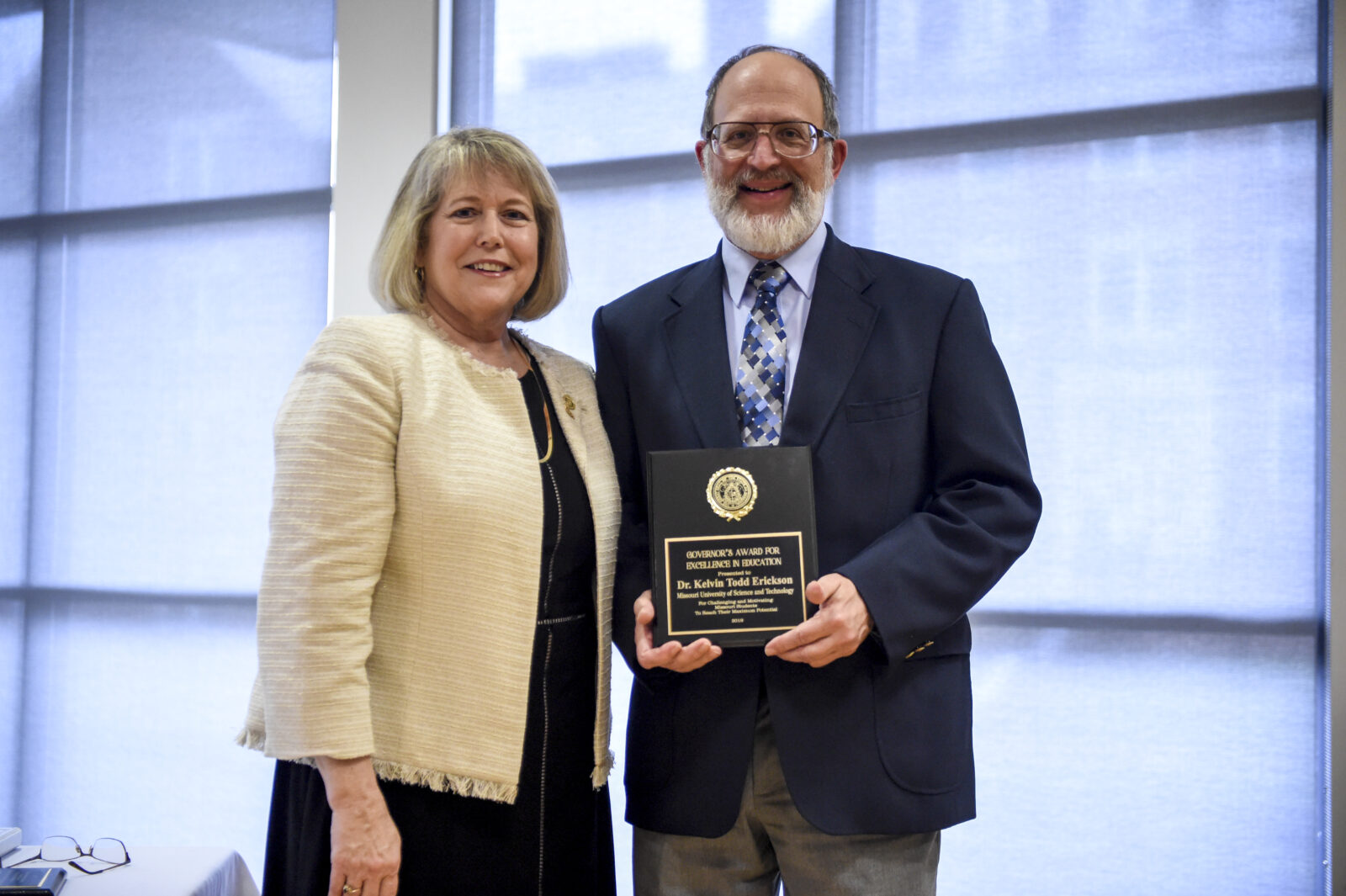 Photos from the COPHE Event on Thursday, April 4, 2019 at Lincoln University in Jefferson City, Missouri.

Each year, the Governor’s Award is presented to one faculty member at each institution of higher education in Missouri. This year’s recipients were honored by Gov. Mike Parson during a Council on Public Higher Education (COPHE) luncheon on April 4.

The awards are based on effective teaching, innovative course design and delivery, effective advising, service to the university community, commitment to high standards of excellence and success in nurturing student achievement.

Erickson has been a member of the Missouri S&T faculty for 32 years. He first joined Missouri S&T in 1978 as a graduate research assistant in the Cloud Physics Research Center while working toward his master’s degree. After earning his Ph.D., he later returned to S&T as an assistant professor of electrical engineering. In 1992, he was promoted to associate professor and named assistant chair for laboratory development. In 2000, he was promoted to full professor and named assistant chair for undergraduate studies. After serving as interim chair for a year, Erickson was named chair of electrical and computer engineering in 2003 and served until 2014. In 2018, Erickson was named Curators’ Distinguished Teaching Professor.

Erickson’s K-12 teaching activities include seven years as a voluntary elementary school teacher, coaching the math team to compete at the state level, and teaching courses for the Boy Scouts of America Merit Badge University.

On April 23, 2019. Posted in College of Engineering and Computing, News