Dr. Kathleen Sheppard is Missouri S&T’s 2019 Woman of the Year 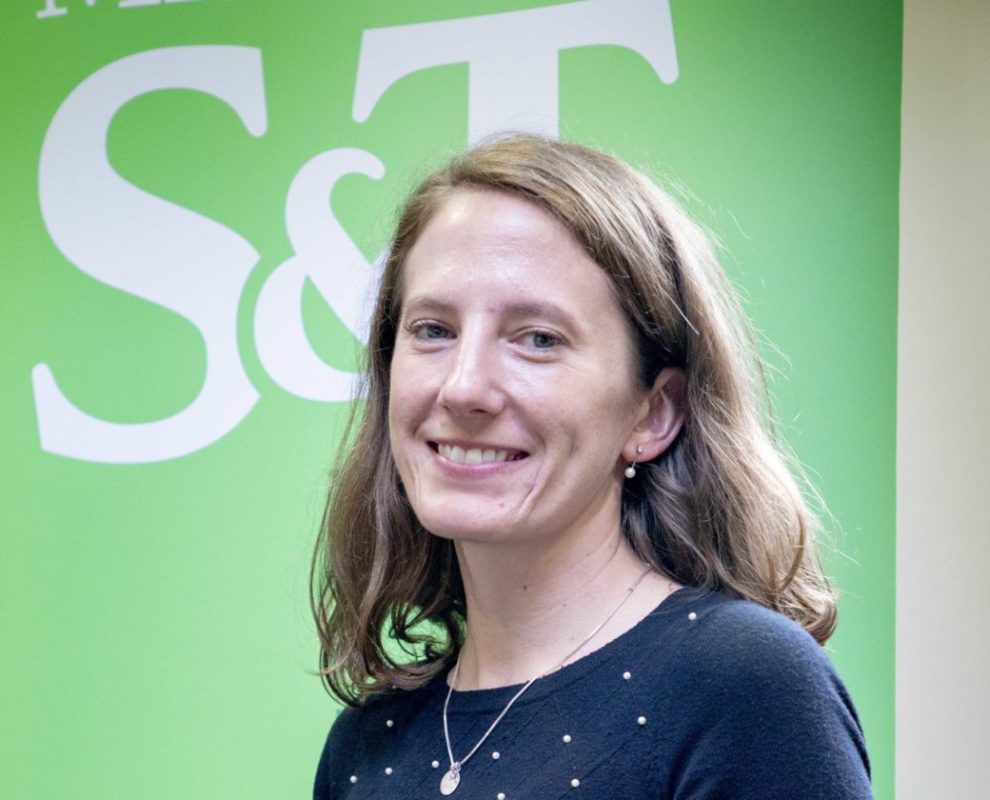 Sheppard at the 2019 Woman of the Year awards. Photo by Tom Wagner, Missouri S&T.

Missouri S&T celebrated Dr. Kathleen Sheppard, associate professor of history and political science, as the 2019 Woman of the Year today (Wednesday, April 24) during a campus ceremony.

The Woman of the Year award is given annually to a female full-time tenured or tenure-track faculty member in recognition of her efforts to improve the campus environment for women and minorities. As part of the award, Sheppard received a $2,000 stipend funded by Missouri S&T graduate Cynthia Tang, founder and former chair of Insight Industries Inc.

Sheppard joined Missouri S&T in 2011, and her main field of study is the history of women in the sciences. She says her goal is to amplify the voices of women and minorities in history and to change students’ perspectives on women in history.

Sheppard’s colleagues and students praised her as a role model and for her contributions to educating students and wider audiences on the history of women in science. 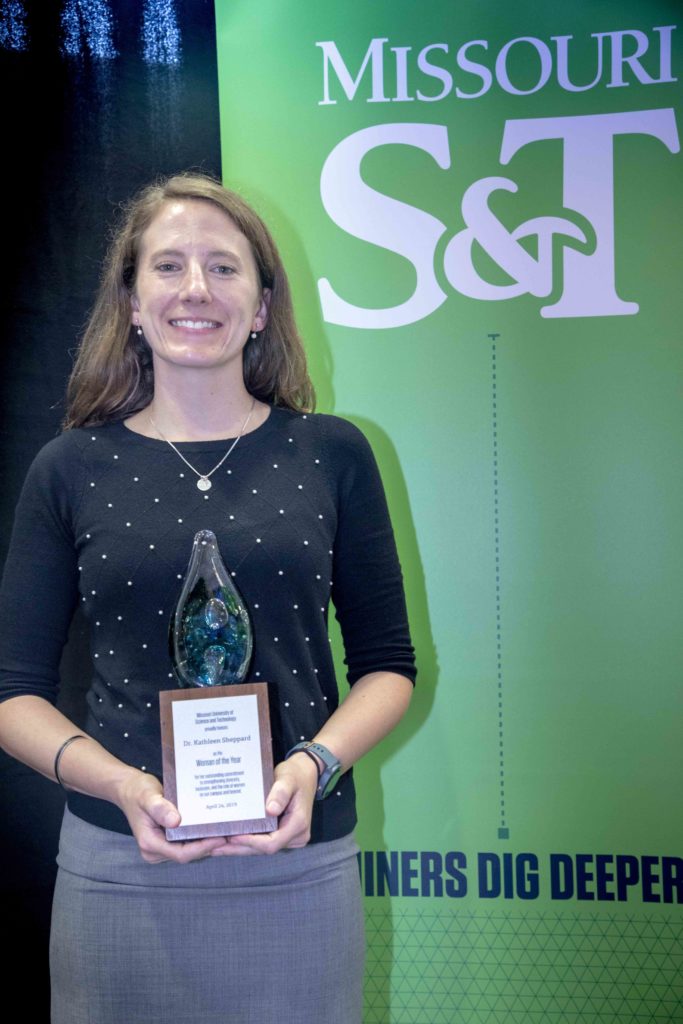 Sheppard’s colleagues and students praised her as a role model and for her contributions to educating students and wider audiences on the history of women in science. Photo by Tom Wagner/Missouri S&T, ©2019 Missouri S&T

“Her teaching assignment in the department of history allows her to present the history of science to her students while demonstrating a more inclusive perspective than is often the case in such classes,” wrote a colleague in their nomination letter. “Her experimental course on Women in the History of Science, Technology, and Medicine, for example, created a valuable opportunity for students to learn explicitly about women’s contributions to STEM-related accomplishments.”

“Dr. Sheppard exemplifies each one of the qualities sought in the successful nominee, from her research agenda focused on bringing women out from the shadows of history, to her teaching that insists on students learning the significant but overlooked roles of women in science,” wrote another nominator.

“Dr. Sheppard’s willingness to engage actively in issues that affect women’s lives, and her leadership by example in multiple arenas of research, teaching, mentoring, and participating in activities that promote diversity make her an ideal candidate to be recognized by the Woman of the Year award,” wrote a fellow faculty member.

Sheppard has published and presented on the history of women’s overlooked accomplishments in science and engineering. She is a regular contributor to “Lady Science,” a monthly online magazine on women and gender in the history and popular culture of science, technology and medicine. Sheppard has earned numerous grants to study the history of archaeology especially Egyptian archaeology and has two peer-reviewed books. Her most recent edited book, My dear Miss Ransom: Letters between Caroline Ransom Williams and James Henry Breasted, 1898- 1935, is a collection of letters that tell the story of the first American female Egyptologist Caroline Louise Ransom.

Sheppard has earned several S&T awards for research, teaching and service awards, including the 2017 Women’s Inspirational Award. In 2018, she received the CERTI Service Award, and in 2016, she earned a Faculty Teaching Award.

Sheppard earned the 2018 Faculty Experiential Learning Award at S&T for her semester-long student assignment to edit Wikipedia articles related to science and Latin America. By the end of the first semester, the 26 students in the class added 28,300 words to Wikipedia in 11 different articles, ranging from Aztec society to Spanish Missions in the Americas. Their edited articles have been viewed nearly 1 million times.