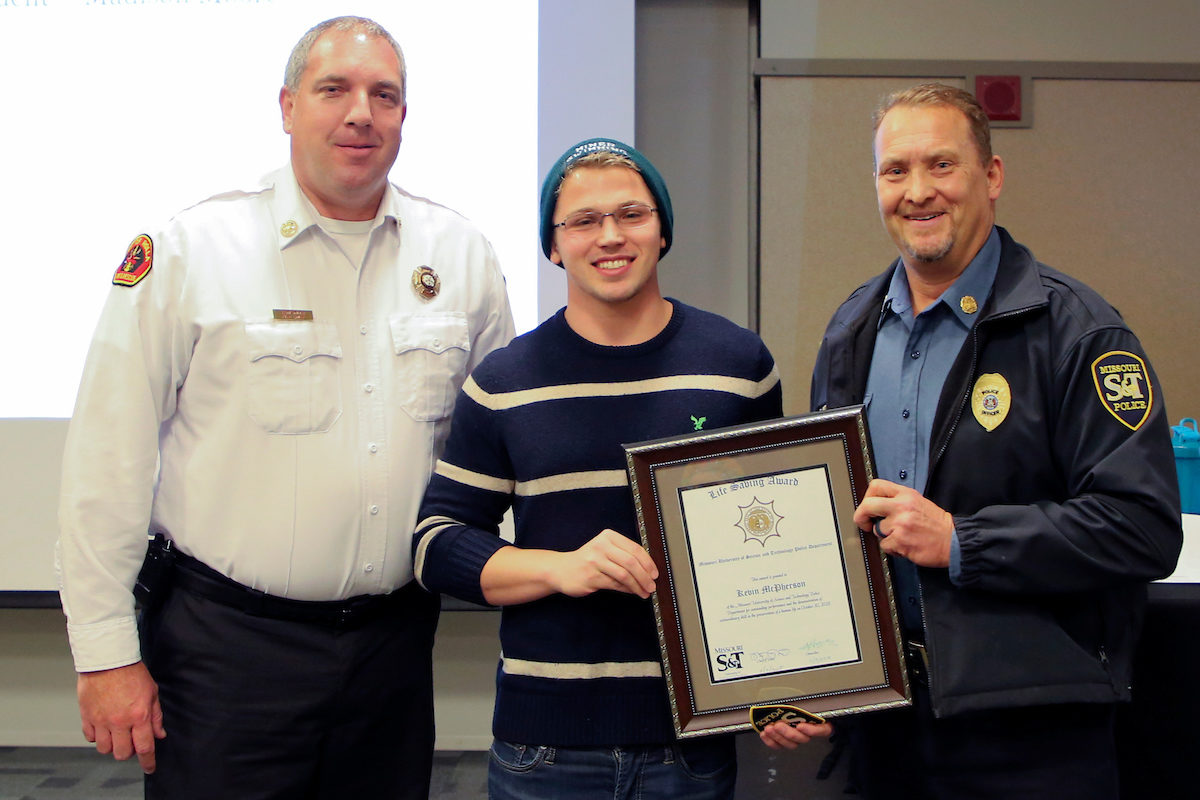 Missouri S&T Police Chief Doug Roberts and Ron Smith, chief of Rolla Fire and Rescue, surprised a Missouri S&T student Tuesday, Nov. 27, with an award for his life-saving efforts while working as a lifeguard on campus.

The student, Kevin McPherson, received the recognition during Tuesday evening’s Missouri S&T Student Council meeting at the Havener Center on campus. He was unaware that he would receive the recognition, believing he had been invited to the meeting to provide an update on the swim team.

On Tuesday, Oct. 30, McPherson, a senior in electrical engineering from Oakdale, Minnesota, and a member of the S&T swimming team, pulled a student from the pool at the Gale Bullman Building and performed CPR until she regained consciousness. Roberts says McPherson saved the woman’s life, and he wanted to recognize McPherson’s good deed.

“We are proud of Kevin for responding quickly and resuscitating the drowning victim,” Roberts says. “I know her husband and her family are grateful, too, that he was there and able to help.”

Following Roberts’ presentation, Smith presented McPherson with a Rolla Fire and Rescue “challenge coin” in recognition of the rescue.

In addition to being a member of the swimming team, McPherson helps coach local swim students through the Rolla Fins Swim Club. In the 2017-18 school year, McPherson earned All-American honors as part of the Miners’ 400- and 800-yard freestyle relay teams, both of which finished among the top eight at the NCAA II Championships.

On November 28, 2018. Posted in College of Engineering and Computing, People