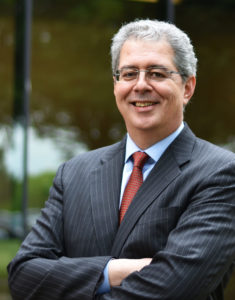 Dr. Costas Tsatsoulis, dean of the College of Engineering at the University of North Texas in Denton, will become vice chancellor of research and dean of graduate studies at Missouri S&T effective Sept. 4.

The position was created as a result of combining the research and graduate studies functions at Missouri S&T. Dr. Mariesa Crow, the F. Finley Distinguished Professor of Electrical and Computer Engineering, currently serves as vice provost for research and sponsored programs, and Dr. Venkat Allada, who led graduate studies for more than a decade, now serves as an advisor to the provost to assist with the transition to the new position.

“Dr. Tsatsoulis brings a wealth of expertise and a vibrant energy to this position,” says Dr. Christopher G. Maples, interim chancellor of Missouri S&T. “He is a proven academic leader and researcher who is held in high regard by his peers, and he has worked tirelessly to grow a nascent college of engineering at UNT. I’m very pleased that he is joining S&T during this transformative time in our history, and I look forward to working with him as we further elevate our research profile and grow our graduate education programs.”

“I am very excited to be joining Missouri S&T,” Tsatsoulis says. “I look forward to working with the faculty, the staff, and the administration to continue to elevate S&T’s scholarly pursuits, research performance and graduate education achievements. In Missouri S&T, I see all the necessary ingredients that will allow us to rise to new levels of excellence.”

Tsatsoulis’ research focuses on multi-agent systems, case-based reasoning, machine learning and intelligent image analysis. He is the author of 25 journal articles and 79 published conference and workshop papers and is co-editor of the textbook Analysis of SAR Data of the Polar Oceans (Springer Verlag, 1998). He holds one U.S. patent for an automated data entry system.