Owen Smith, a 2017 physics graduate of Missouri University of Science and Technology, has received a Fulbright scholarship grant to study in Russia from the J. William Fulbright Foreign Scholarship Board. Smith will be an English-language teaching assistant at a Russian university for the academic year from September 2018 to June 2019. The Fulbright organization has not yet assigned him to a specific university. 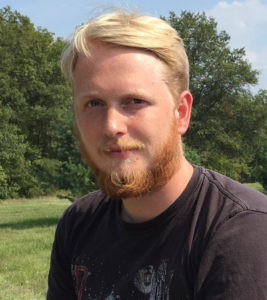 “I decided to enroll in Russian classes because I thought studying such an exotic language would be a welcome break from the routine of mathematics courses,” says Smith. “Over the next three years, Dr. Ivliyeva’s dedication and passion for language transformed my passing interest into a genuine appreciation for Russian culture. I would heavily encourage all S&T students to consider adding a foreign language to their curriculum. In today’s interconnected world, it’s vital for any engineer hoping to have an impact to also possess cross-cultural communication skills, which my time in S&T’s Russian program certainly gave me.”

In 2017, Smith was selected as a Post-Secondary Russian Scholar Laureate by the American Council of Teachers of Russian (ACTR) while he served as a Learning Enhancement Across Disciplines (LEAD) tutor on campus, helping his peers advance their Russian language skills. Also in 2017, Smith was a finalist for Missouri S&T’s Renaissance Student Award, a reflection of his multiple academic pursuits in science, foreign language, musical composition, poetry and creative writing.

“Owen is a gifted communicator and talented instructor with the utmost quality of patience,” says  Ivliyeva. “He always displayed a supportive attitude toward his charges. I believe he will have great success teaching Russian university students the English language.”

Ivliyeva also notes that it’s not unique for university students to marry a science or engineering major with a foreign language, and that S&T’s Russian program has produced other award-winning graduates with this combination of academic interests during her 21 years at S&T.

Smith, who graduated in December, is considering pursuing a long-term teaching career as well as working in a scientific industry where his foreign language proficiency would be an asset.

The Fulbright Program, is an American scholarship program of competitive, merit-based grants for international educational exchange for students, scholars, teachers, professionals, scientists and artists, founded by United States Senator J. William Fulbright in 1946. It is the flagship international educational exchange program sponsored by the U.S. government designed to increase mutual understanding between the people of the United States and other countries.

The Fulbright English Teaching Assistant (ETA) Program places recent college graduates and young professionals as English teaching assistants in primary and secondary schools or universities overseas to improve foreign students’ English language abilities and knowledge of the United States while increasing the U.S. student’s own language skills and knowledge of the host country. ETAs may also pursue individual studies or research while there.