Dr. Kathryn Northcut is Missouri S&T’s 2018 Woman of the Year 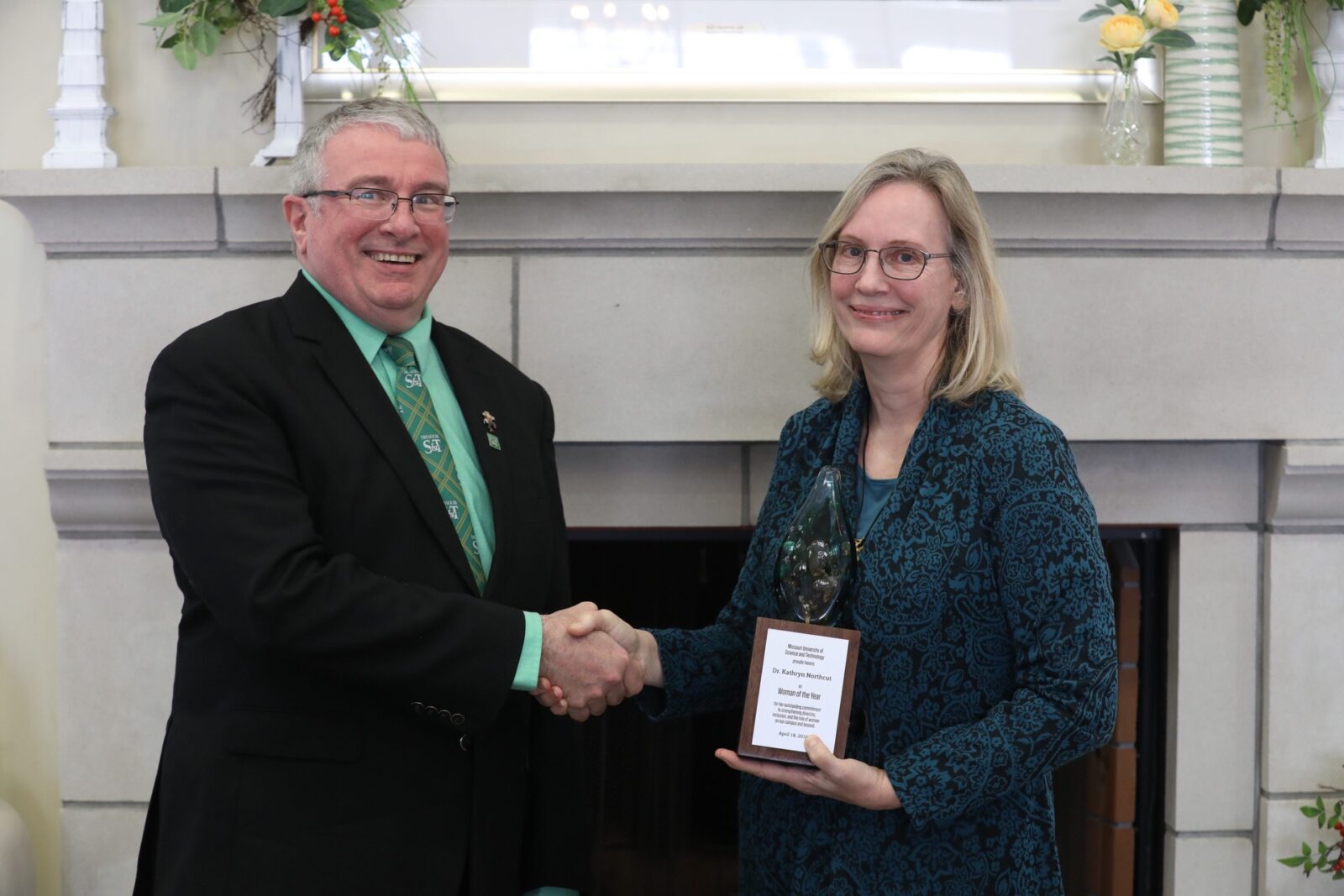 Missouri S&T celebrated Dr. Kathryn Northcut, professor of English and technical communication, as the 2018 Woman of the Year today (Wednesday, April 18) during a campus ceremony.

The Woman of the Year award is given annually to a female full-time tenured or tenure-track faculty member in recognition of her efforts to improve the campus environment for women and minorities. As part of the award, Northcut received a $2,000 stipend funded by Missouri S&T graduate Cynthia Tang, founder and former chair of Insight Industries Inc.

Northcut’s colleagues and students praised her for her commitment to diversity on campus and supporting people with disabilities.

“Dr. Northcut impressed upon us the importance of establishing equality in our classrooms and making our classes accessible to all students,” says one graduate teaching assistant. “I am hearing impaired, and simply knowing that my professor was trying to improve educational access for students with disabilities meant so much to me.”

Colleagues referred to Northcut as a “tireless mentor and guide.”

“Kathy offered me timely research advice upon my arrival at Missouri S&T. She encouraged me to focus on my research, to publish often and well,” says a fellow faculty member. “Like all good mentors, Kathy gave me goals with specific and achievable outcomes.”

An S&T faculty member since 2004, Northcut built the bachelor’s and master’s degree programs in technical communication. She received a 2017 Faculty Excellence Award from S&T for sustained excellence in research, service and teaching.

Northcut has published and presented on topics that advocate for women, underrepresented minorities and other groups facing challenges in the American academy and workforce. She collaborated on grants that enable additional teaching and programming designed to increase diversity, international awareness and student study-abroad opportunities on the S&T campus and beyond. A 2017-19 grant from the National Endowment for the Humanities, called “Cultural Bridges: The Humanities and Engineering in Latin America,” has her teaching courses on Latin American culture.