Posted by Andrew Careaga
On February 1, 2018 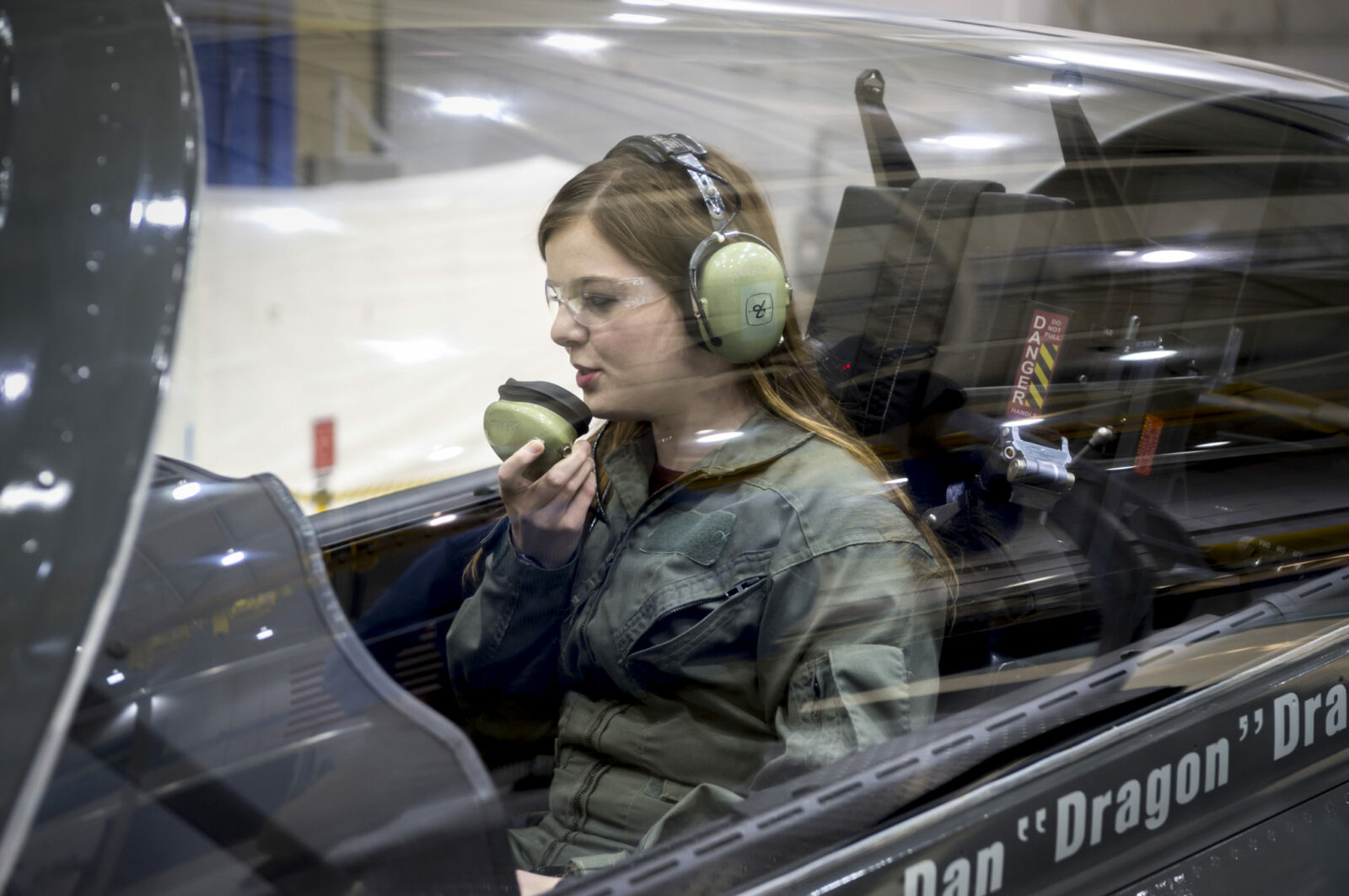 Missouri S&T student Katie Frogge in the cockpit of the Boeing T-X. She was among the first members of the public to view the new jet. Boeing photo.

A Missouri S&T student recently became one of the first members of the public to get an inside look at the cockpit of a new Boeing aircraft and to test its advanced training system.

Katie Frogge of Lee’s Summit, Missouri, a sophomore majoring in aerospace engineering at Missouri S&T, was one of five students from universities and high schools in the St. Louis area to recently visit Boeing’s St. Louis location to experience the company’s T-X aircraft and pilot training system. The training system was designed specifically for the U.S. Air Force with future generations in mind, according to a Boeing news release, and the T-X cockpit features a simple layout, better visibility, stadium seating, an upfront controller display and a large area touchscreen display.

“I’ve flown before in a smaller plane, and it was nothing like this,” Frogge says. “The cockpit was totally different, and I had a lot of trouble trying to figure out what everything did. Here it was just way more intuitive. I could just poke the screen and go where I wanted to go or zoom in on the map. … It just made a lot of sense.” 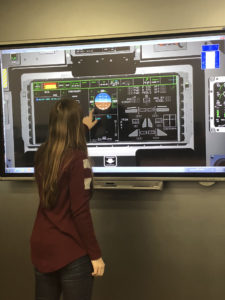 During the Jan. 24 visit to Boeing, Frogge and her fellow students also toured a classroom, which features desktop trainers and interactive displays, and flew what Boeing calls “the real-as-it-gets” ground-base training simulator while guided by a former T-38 pilot instructor. They then had the opportunity to climb into one of the jets with Boeing T-X chief test pilot Steven “Bull” Schmidt.

“It was so incredible to be one of the first people to experience the T-X firsthand,” Frogge says. “Everyone at Boeing was great; not only did they want our input on this project, but they also took the time to answer all of our questions and encourage us in our futures as engineers.”

At Missouri S&T, Frogge is a member of Kappa Delta sorority and the Society of Women Engineers. She works in the S&T admissions office as an admissions ambassador, giving tours to prospective students. She says she chose to attend Missouri S&T “because everyone was so incredibly welcoming and supportive when I visited.”

“To this day the thing I love most about S&T is about how genuine and helpful the community here is,” Frogge says. “I know I can succeed here because so many people are willing to work with me to see me through it.”

Her love of aviation led Frogge to choose aerospace engineering as her major.

“I have always been fascinated by how freeing aviation is because it allows us to travel anywhere, anytime,” she says. “It connects our world in ways that no other mode of transportation ever could.”

After graduation, she hopes “to improve the field of aviation in any way possible.”

“I want to help make air travel safer, more cost-effective for consumers and more environmentally friendly,” she says. “I want to study aviation disasters to determine why they happened so that similar disasters can be prevented in the future.”

Frogge’s visit to Boeing was arranged by Carl Schmitz, Boeing’s engagement focal to Missouri S&T and the company’s warehouse systems IT manager. Schmitz earned a bachelor of science degree in information science and technology from Missouri S&T in 2010 and is a member of the Dean’s Leadership Council for S&T’s College of Arts, Sciences, and Business. He also serves on the board of directors for Missouri S&T’s Miner Alumni Association.