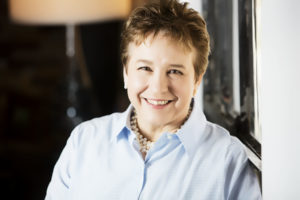 Kathy Walker of Olathe, Kansas, managing director at OPENAIR Equity Partners, will speak at two commencement ceremonies at Missouri University of Science and Technology this month. Walker earned a master of science degree in engineering management from Missouri S&T in 1982 and is the incoming president of the Missouri S&T Board of Trustees.

The first ceremony will be held at 10 a.m. Saturday, Dec. 16. During the morning ceremony, approximately 460 degrees will be presented to graduate and undergraduate candidates in the departments of biological sciences; chemical and biochemical engineering; chemistry; civil, architectural and environmental engineering; economics; engineering management and systems engineering; English and technical communication; geosciences and geological and petroleum engineering; materials science and engineering; physics; and psychological science.

The second ceremony will be held at 3:30 p.m. Saturday, Dec. 16. During the afternoon ceremony, nearly 350 degrees will be awarded to graduate and undergraduate candidates in the departments of arts, languages and philosophy; business and information technology; computer science; electrical and computer engineering; history and political science; mathematics and statistics; mechanical and aerospace engineering; and mining and nuclear engineering.

Walker, an investor in early-stage technology firms, serves on the boards of several public and private companies. Before joining OPENAIR, she served as chief network officer for Sprint Nextel. Her accomplishments include leading the development and deployment of the first U.S. nationwide 3G network and being named to the first-ever Fierce Wireless “Top Women in Wireless” list. In 2013, Walker received the Alumni Merit Award from the Miner Alumni Association. She is a member of the Missouri S&T Women’s Hall of Fame.