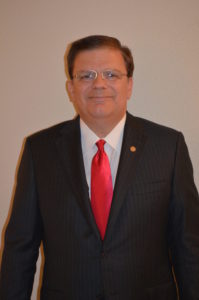 Robert Edward Stevens of Houston, Texas, retired executive with Bechtel Corp., earned a bachelor of science degree in chemical engineering from Missouri S&T in 1981. His career spans 33 years, including 26 with Bechtel in oil, gas, chemicals, power and environmental cleanup with projects around the world, including stints living in Mexico and Egypt. Stevens was engineering manager for an $11 billion liquefied natural gas plant in Australia with 5,000 employees on the construction site that earned the 2016 ENR Magazine’s Worldwide Industrial Project of the Year. In 2013, he managed a project in Florida that received Power Magazine’s Nuclear Project of the Year. Earlier in his career he was a manager at Hanford, Washington, on the largest nuclear environmental cleanup project ever. Previously he held positions at Proctor & Gamble and a subsidiary of Black & Veatch. Stevens serves on the board of the Alpha Chi Sigma Educational Foundation and is a member of AIChE. He is listed in Who’s Who in America, is a certified sommelier and was an associate producer for an award-winning movie. At S&T, Stevens is vice president of the Academy of Chemical Engineers and a member of the Order of the Golden Shillelagh. He is a former member of the Chemical Engineering Industrial Advisory Council and past chair of the Benchmarking and Distance Learning teams for the Corporate Development Council. 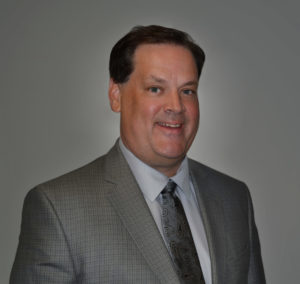 Adam Rip Stringer of Houston, a retired Schlumberger Oilfield Services executive, earned a bachelor of science degree in petroleum engineering in 1986. A 1982 graduate of Cabool High School, Stringer was a member of the Miner Football team, where he lettered three years, receiving MIAA All Conference honorable mention his senior year. Stringer’s 30-year career includes many international and domestic management assignments working in countries on six continents. Stringer was the well services vice president for Far East Asia while living with his wife, Tammy, and their two children in Jakarta, Indonesia. The family also lived in Paris while Stringer served as human resources manager of Europe and Africa for Schlumberger Network Solutions. Other positions Stringer held with Schlumberger include well services manager of the Gulf of Mexico and global vice president of sand control completions. Stringer is currently the owner and general manager of ARS Strategic Business Consulting, which helps oilfield services startups bring new technologies to market. While working with Schlumberger, Stringer was the company’s liaison with Missouri S&T, facilitating corporate software grants, technical exchange and attending career fairs and recruiting events. Stringer was a member of the university’s Corporate Development Council, and has attended and presented at student leadership events and to several student organizations.