As Protestant Christians around the world prepare to commemorate the 500th anniversary of Martin Luther’s 95 Theses – the document that sparked the Protestant Reformation – a historian of early modern Europe has discovered what he believes to be early versions of another set of theological theses written some three decades after Luther’s famous pronouncement but presumed lost forever. 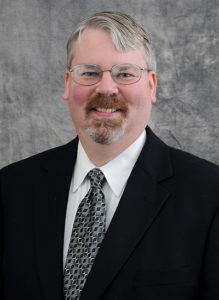 These writings, known as the Lausanne Theses, led to the expulsion of three prominent Lutheran ministers from the Swiss city of Bern in the mid-1500s, says Dr. Michael W. Bruening, an associate professor of history at Missouri University of Science and Technology. The Lausanne Theses also further illuminate the extent of a theological rift between two emerging doctrines of the early Reformation era, Zwinglianism and Calvinism.

Bruening writes in the latest edition of the Swiss academic journal Zwingliana (Vol. 44, 2017) that he believes he has discovered two early versions of the Lausanne Theses. While the final version of the document remains lost, Bruening writes that the drafts “have been hiding in plain sight” for hundreds of years in two libraries: one in France and one in Switzerland.

The Lausanne Theses are named after the city located in the French-speaking region of Switzerland. Bruening discovered early drafts of the text while conducting research for his forthcoming book about the opponents of Reformation leader John Calvin. “When I read these texts,” he says, “I realized that they had to be the theses that were thought to be lost.”

These early versions of the Lausanne Theses shed new light on debates among Reformation ministers over the interpretation of the Eucharist – also known as Holy Communion – and the authority of the ministry during a time when Calvin and another Reformation leader, Heinrich Bullinger, “were trying to come to an agreement on the interpretation of the Eucharist,” writes Bruening, who specializes in the history of the Reformation.

These debates simmered years after Luther published his 95 Theses, the act that sparked the Reformation. Dated Oct. 31, 1517, Luther’s 95 Theses attacked the Roman Catholic Church’s practice of selling “indulgences” to absolve sin. Luther would soon afterwards put forth two ideas that would become central to Protestantism: That the Bible is the central religious authority for Christianity and that salvation is achieved only through faith and divine grace, not by good deeds.

The Lausanne Theses “were at the center of one of the most important debates between those who followed Zwinglian theology and those who followed Calvinist and Lutheran theology,” Bruening says. “It’s difficult for us today to imagine the impact of the debates of the Reformation, but they affected beliefs, politics, warfare, art, commerce – they transformed the entire culture of Western Europe.”

Well before Luther, the practice of posting a list of topics for theological debate was common in university towns across Europe, Bruening says.

“The Lausanne pastors and professors in my article were basically doing the same thing as Luther: posting theses for academic discussion.”

Luther’s break from the Catholic Church opened the door for several other competing interpretations of Christianity to take root.

“Luther’s 95 Theses opened the door for all sorts of religious disagreement,” Bruening says. “Luther broke from the Catholic Church, then many other people broke from Luther.”

During this era, Protestant ministers in Switzerland were embroiled in debates about the Eucharist and the ministry. Protestants disagreed with Catholic doctrine on the Eucharist, which teaches that the bread and wine are completely transformed, or transubstantiated, into the body and blood of Jesus. But they had a difficult time agreeing on what exactly did take place during communion. The three leading reformers – Luther, Calvin and Ulrich Zwingli – “all held somewhat different interpretations,” Bruening says.

“The Lausanne Theses put forth a Calvinist interpretation, much to the annoyance of those who preferred Zwingli’s symbolic understanding of the Eucharist,” Bruening says.

Unlike Luther’s 95 Theses, the arguments that made up the Lausanne Theses “were not drafted all at once but rather in groups in preparation for individual meetings of the Lausanne pastors and professors between September 1547 and March 1548,” Bruening writes.

Bruening points out that the “initial quarrel” raised by the Lausanne Theses “centered not on the Eucharist but on the efficacy of the ministry and the power of the keys.” That “power” refers to the Bible passages in which Jesus gives Peter the “keys to the kingdom of heaven.”

“The quarrel in Switzerland was over whether the keys actually gave ministers the power to forgive sins and excommunicate sinners, or whether they merely announced what God had done,” Bruening says.

The final version of the Lausanne Theses remains lost, Bruening says. But these early drafts give historians and theologians greater insight into a critical time during the Reformation some three decades after Luther’s 95 Theses.

Bruening is the author of three books related to the Reformation. His first, Calvinism’s First Battleground, explores the origins of Calvinism in early modern Switzerland through the religious and political struggles between Catholics and Protestants in the region, as well as within Protestantism itself. In 2012, he published Epistolae Petri Vireti, a critical edition of the unedited correspondence of the Calvinist reformer Pierre Viret. His most recent book, A Reformation Sourcebook: Documents from an Age of Debate, a reader for courses on the Reformation, was published in April. His latest project, a monograph about the opponents of John Calvin, will include a section related to the Swiss theologians’ quarrels over the Eucharist and the power of the ministry.

On October 20, 2017. Posted in CASB Research, College of Arts, Sciences, and Business, Department of History and Political Science, Research