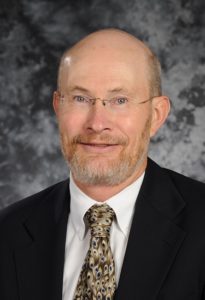 Performing scientific experiments and mountain climbing have a great deal in common, says Dr. Eric S. Peterson, founder of the REMADE Institute, a National Network of Manufacturing Institute led by Rochester Institute of Technology. Peterson will explain this theory in the second annual Dr. James Stoffer Lecture at Missouri University of Science and Technology.

Peterson’s presentation, titled “A Mountainous Romp in Science and Life,” will be held at 3:30 p.m. Friday, Oct. 27, in Room G-3 Schrenk Hall on the Missouri S&T campus. The lecture is free and open to the public.

Peterson says mountain climbing and performing scientific experiments are filled with choices and opportunities that are both exciting and challenging.

“As a young scientist, I was heavily influenced by my family as well as my mentors that shaped my interests in science, technology and the outdoors,” Peterson says. “Starting out in biology and wandering into chemistry, followed by interests in polymers, materials, separations sciences and lots of other stuff, I have had the privilege of working with some really wonderful folks while building a family and climbing many mountains at the same time. This lecture will summarize several key points in my career, both as a scientist and a mountaineer, as well as discuss future opportunities in science and engineering.”

Peterson is the founder and leader of the Recycling Node of the REMADE Institute, a National Network of Manufacturing Institute led by Rochester Institute of Technology. At Idaho National Laboratory, Peterson leads the Process Science and Technology Business Area. His research has varied from the most fundamental understanding of molecular interactions to construction and proving of pilot facilities using the materials that he has been active in developing. His research collaborations include scientists from all across the United States, as well as Europe and Asia.

Peterson earned his undergraduate degrees in chemistry and biology at Concordia College in Moorhead, Minnesota, earned his Ph.D. from Montana State University and did postdoctoral training in polymers at Missouri S&T and in solid phase inorganic chemistry at the Ames Laboratory in Ames, Iowa.

Peterson has authored over 90 peer-reviewed archival articles, 26 peer-reviewed Department of Energy reports, two book chapters and four classified reports, and has authored or coauthored 14 issued U.S. patents with five patents pending. His numerous awards include two INL Lifetime Achievement Awards, the DOE Bright Light Award for the best invention over the past 20 years in a DOE lab, and the DOE Energy 2000 Award for the top innovation of the year at a DOE facility. Throughout his career, Peterson has won more than $1 billion in competitively awarded funding.

The lecture series was established by Dr. James O. Stoffer, Curators’ Distinguished Professor emeritus of chemistry, to give Missouri S&T students the opportunity to learn from eminent scholars and innovators in the field of polymer chemistry and related areas.

“I wanted to let students see what happens when you are successful and show them that they, too, can be successful,” says Stoffer, a pioneer in polymer synthesis who holds 15 patents in various areas of polymer chemistry.

The lecture series was funded through a $50,000 gift from Stoffer. The funds are from royalties from Stoffer’s patent for an environmentally friendly chrome-free paint that is used on all military aircraft. Missouri S&T matched that gift with an additional $50,000 in patent royalties.

Stoffer was instrumental to the development of the university’s polymer chemistry program, one of the first in the United States to be accredited by the American Chemical Society. He taught organic and polymer chemistry to generations of young scholars, and was a five-time recipient of the university’s Outstanding Teacher Award and a three-time recipient of the Faculty Excellence Award.

Stoffer served as director of the university’s Materials Research Center from 1992 to 2001. He authored the first scholarly papers on micro-emulsion polymerization, ultrasonically initiated catalyzed polymerization and microwave initiated polymerization. Working with Dr. Thomas J. O’Keefe and their students, his pioneering research led to the development of the first environmentally friendly alternative to the toxic chromium-based anti-corrosion coatings used on military aircraft and on aluminum components in the aerospace industry.