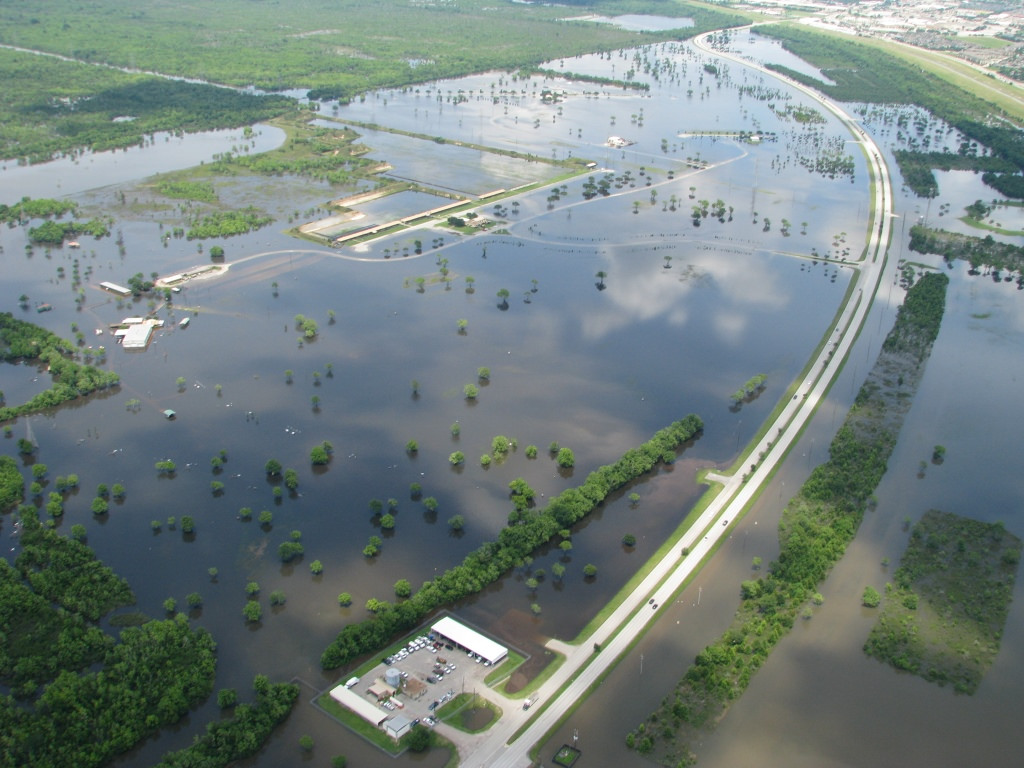 The Water Citizen Science project (WatCitSci) could empower individuals to rapidly share news of flooding or other water issues. (Image from 2017 flooding in Houston, Texas.)

Picture teams of smartphone-toting citizen scientists, poised to collect water samples and test for contaminants thanks to a user-friendly app that can crowdsource rapid responders to mobilize the next time a public water system is at risk.

Researchers from Missouri University of Science and Technology and the University of South Florida are tapping National Science Foundation seed money set aside for “potentially transformative research” to advance the technology and hone the social mobilization efforts needed to summon trained, trusted teams of everyday water watchers. 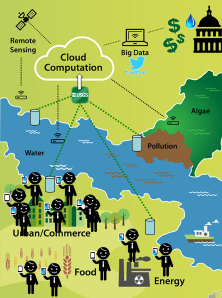 The Water Citizen Science project, or WatCitSci for short, taps into the potential of crowdsourcing to quickly share information about water conditions. Graphic courtesy of Dr. Joel Burken

“The overarching goal is to improve water resource knowledge of our citizenry and decision-makers at critical junctures when most needed for the greatest impact,” says principal investigator Dr. Joel Burken, Curators’ Distinguished Professor and chair of civil, architectural and environmental engineering at Missouri S&T. “Our health, economy and social well-being are tightly interwoven with our water cycles.”

The Water Citizen Science project, or WatCitSci for short, builds on a 2015 effort by the White House Office of Research and Development and four federal agencies, including the Environmental Protection Agency and National Oceanic Atmospheric Administration, to promote private-sector development of low-cost nutrient sensors that could be deployed in cell phones.

In addition to investigating how best to monitor water quality with cellphone technology, the research team also aims to initiate a series of experiments to study how the WatCitSci interface could affect understanding and attitudes toward water issues and actual behavioral outcomes toward water conservation and usage.

Look no further than the recent catastrophic hurricanes Harvey and Irma, when public awareness and interest in such issues tend to escalate, says Dr. Denise Baker, a Missouri S&T assistant professor of psychological science and a co-principal investigator.

“One goal is to engage the broad citizenry with knowledge and data on our most important water issues, while they remain in the news or what is known as the ‘window of crisis,’” she says.

Missouri S&T’s share of the NSF grant, which totals $100,000, is slightly more than $72,000. The research support was provided through the agency’s Early-concept Grants for Exploratory Research (EAGER), which is described by NSF as a program to support “exploratory work in its early stages on untested, but potentially transformative research ideas or approaches.”

Another novel component of the project is to develop a cellphone-based program to use video of water flows to estimate the total discharge.

“Particularly in flooding situations, we desire to know the flow rates in rivers and streams, but the rapid rise of water does not usually allow deployment of the equipment and personnel needed,” Yin says. “But people with cellphones are everywhere.”

Also participating is Dr. Sriram Chellappan, an associate professor of computer science and engineering at the University of South Florida and an adjunct professor at Missouri S&T.

“With advances in cell phone capabilities in terms of sensing and processing, coupled with their ubiquity, these technologies enable smarter, significant and broader impacts to protecting our environment and society,” Chellapan says.