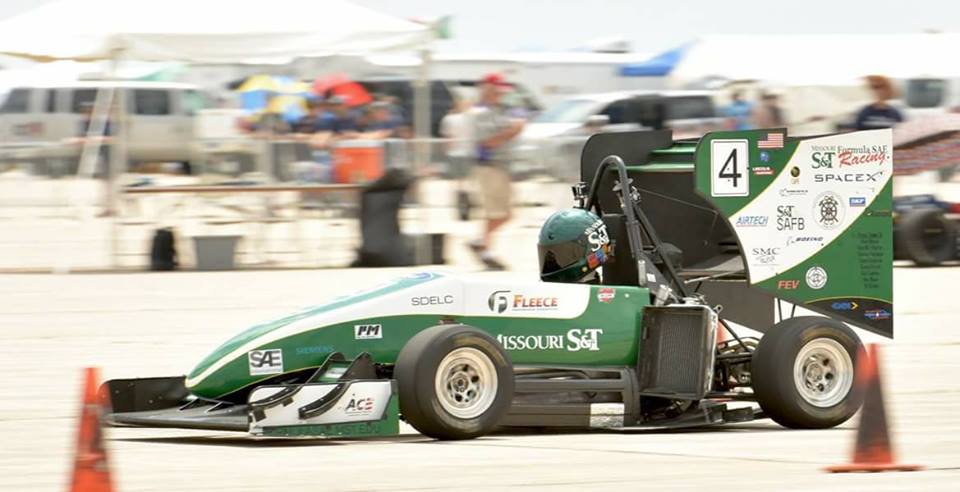 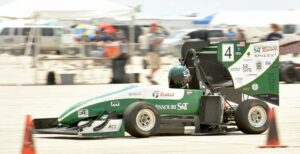 The team finished second out of 78 teams in the competition, held June 21-24 at the Lincoln Airpark in Lincoln, Nebraska, and garnered trophies in four individual events.

The team took first place in skidpad, an event designed to test the car’s cornering ability on a figure-8 course, and in autocross, a one-lap race that tests the car’s performance on a tight course. Each team’s fastest lap of four attempts determines the winner, as well as the starting order for the final endurance race.

The team took second place in acceleration and third in endurance. An acceleration test measures the car’s straight-line speed over a short distance, and the endurance race proves a vehicle’s ability to withstand the stress of long-term driving at elevated speeds over a long course. Teams are ranked by time; cars don’t race head-to-head.

The Missouri S&T team competed against teams from around the world. Countries represented in addition to the United States include India, Canada, Brazil, Japan, Mexico, Pakistan and South Korea.

The team designed the 2017 car to weigh nearly 50 pounds less than last year’s car, increasing its speed and improving maneuverability. The car features a newly redesigned aerodynamics package that produces approximately 400 pounds of downforce, which prevents the car from spinning out in tight high-speed turns. The team also changed lubrication system to an internal wet sump, which lowered the car’s center of gravity for better handling.