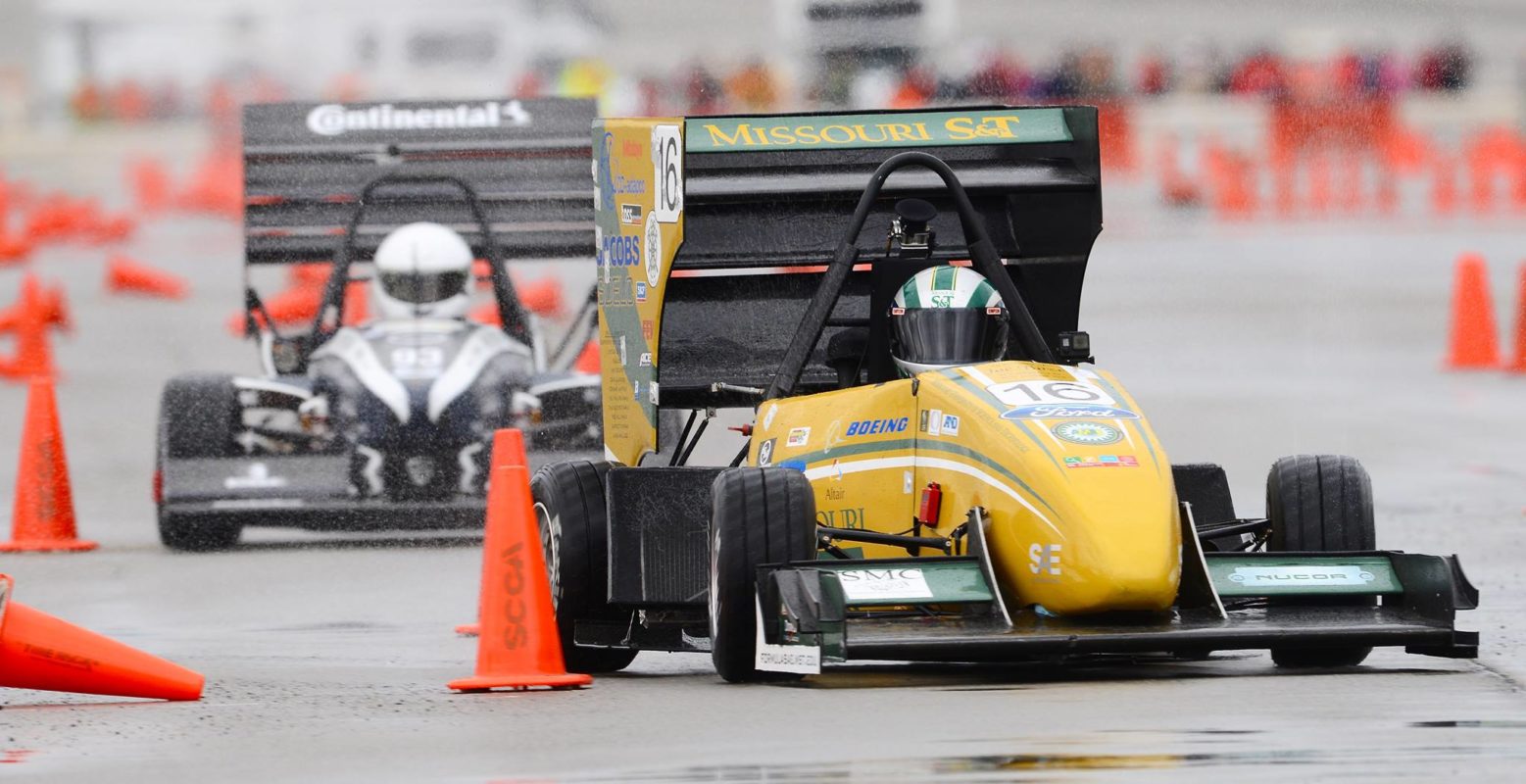 A team of students from Missouri University of Science and Technology will race their Formula One-style racecars this week at Formula SAE-Lincoln, an international student design competition.

The event will be held June 21-24 at the Lincoln Airpark in Lincoln, Nebraska. The competition challenges students to design, build and operate Formula One-style racecars.

As part of the competition, students must present a budget report and discuss the engineering principles behind each car’s design to a panel of industry experts. Each school’s team must also pass a rigorous electronics inspection to ensure the car’s safety. Teams will then compete in four dynamic events.

A skid-pad event tests the car’s turning and cornering on a figure-8-shaped course. An acceleration test measures the car’s speed over a short distance. A one-lap autocross event proves the car’s maneuverability on a tight course and determines the starting order for the final event – an endurance race to prove durability. In the endurance race, the car must withstand the stress of long-term driving at elevated speeds over a long course. Each race is timed to rank the teams; none of the events are head-to-head races.

Missouri S&T is one of the few universities to enter both electric and combustion Formula teams into the Lincoln competition. The university’s Formula SAE-electric will also compete at the event, where they will face similar challenges but had to power the vehicle by battery.