Missouri S&T team travels to the ‘Mars’ of the USA 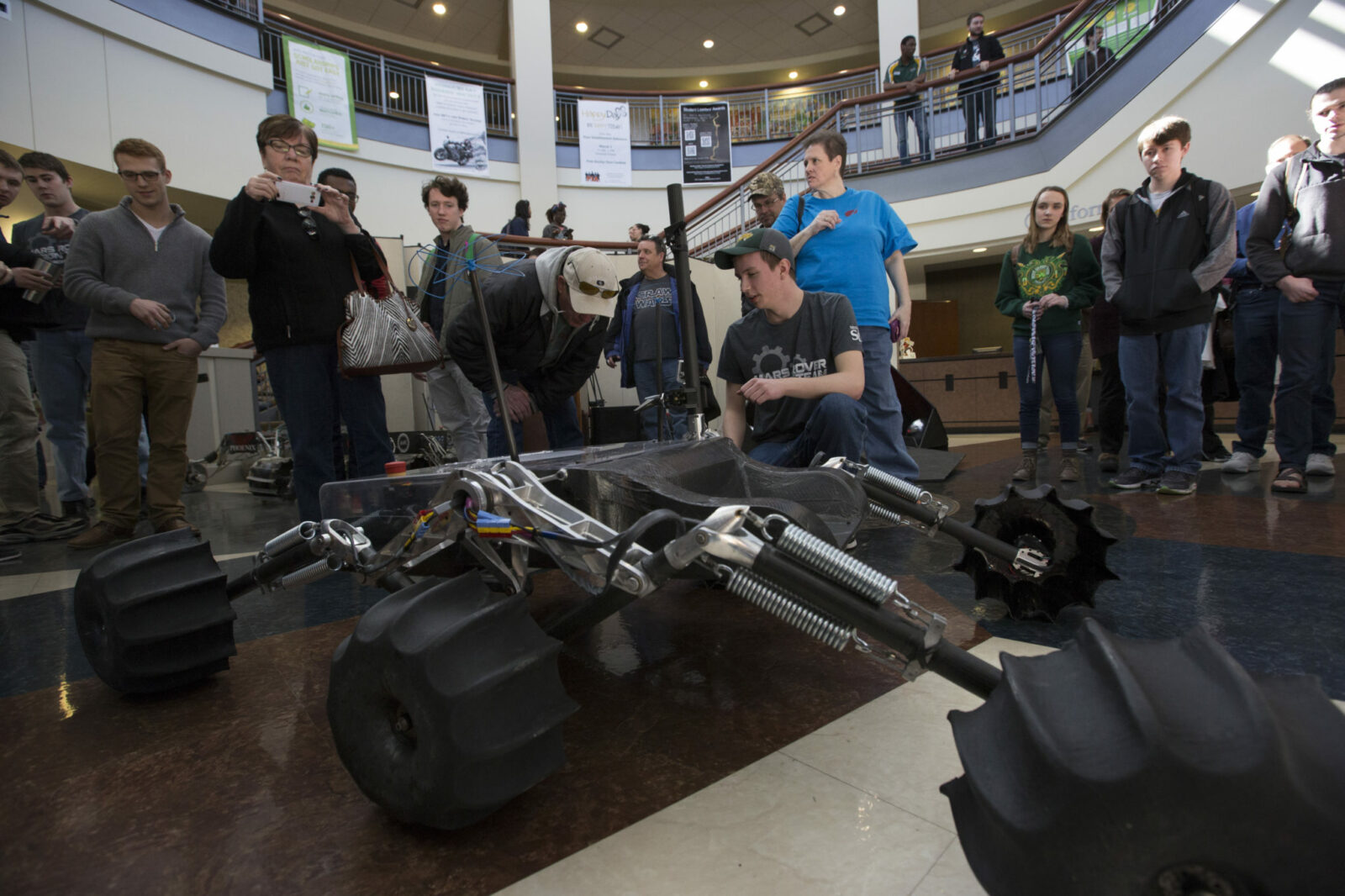 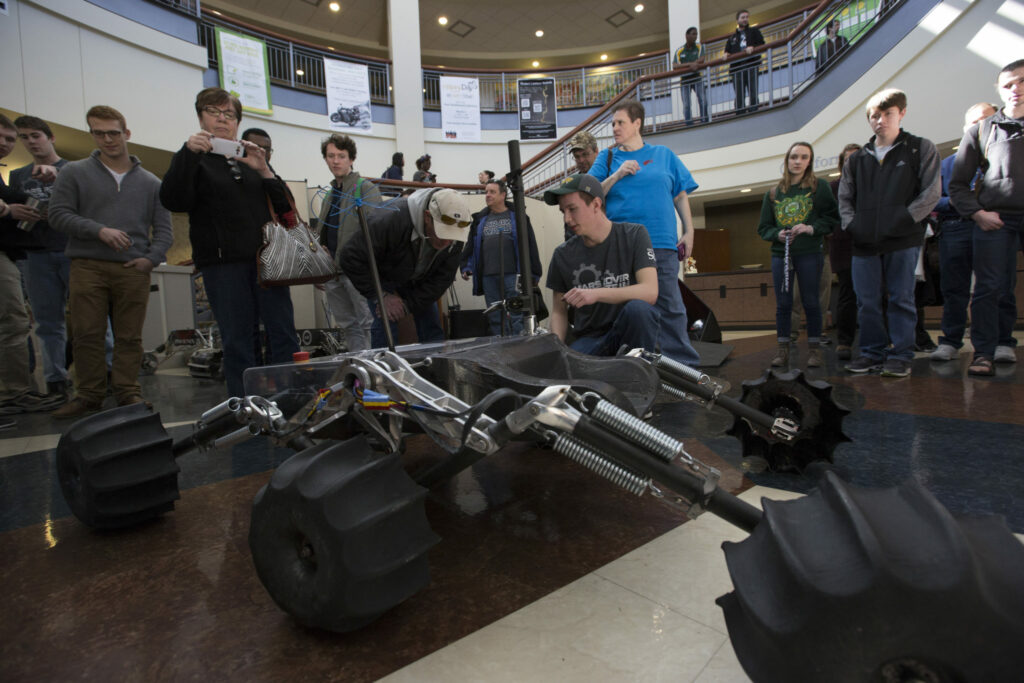 Missouri University of Science and Technology’s Mars Rover Design Team is one of 36 international teams selected to compete at the University Rover Challenge, where teams showcase potential next-generation planet surveyors.

The University Rover Challenge, sponsored by the Mars Society, is June 1-3 at the Mars Desert Research Station in Hanksville, Utah. The event is designed to demonstrate the fundamentals of remote robotic travel and task completion. The Utah desert is used for the annual competition because it resembles the rocky terrain of Mars.

Missouri S&T’s team will compete against teams from around the world. Countries represented include Bangladesh, Canada, India, Poland and Turkey in addition to the United States.

To qualify for the event, teams were required to submit a video presentation that explained the design and cost of their rover. They also had to submit a detailed final expense report.

At the event, all 36 teams will attempt to complete four challenges:

• An astronaut assistance task, which requires teams to use the rover to collect lost tools left in the field and deliver them to multiple locations.

• The equipment servicing challenge, which requires the rover to repair a mock equipment system. Tasks could include turning valves, pushing buttons and reading pressure gauges.

• The sample return, which requires the rover to collect soil samples at selected sites in the field and use onboard instrumentation to perform a basic scientific evaluation to determine geological significance or determine the likelihood of biological life.

• The autonomous travel challenge, in which rovers maneuver themselves through a variety of difficult terrains based on a given set of GPS coordinates. Obstacles can include soft sand, rough stones, rock and boulder fields, vertical drops, and steep slopes. 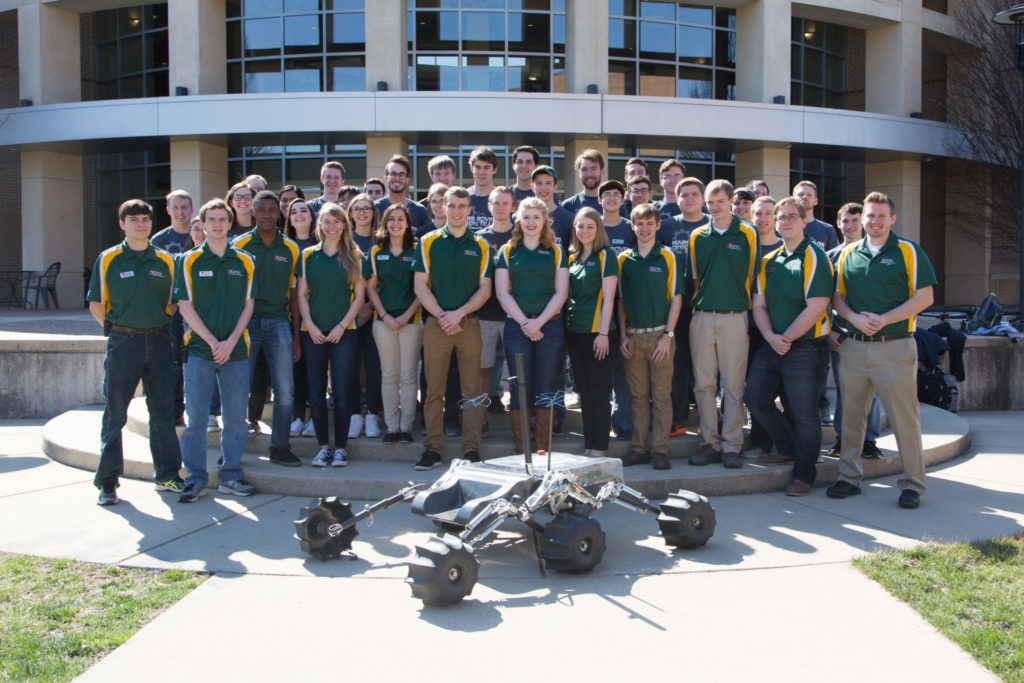 Missouri S&T’s Mars Rover, named Gryphon, is a student-designed and -built rover. The team developed custom circuitry for the rover, machined the aluminum and carbon-fiber support structure, developed durable wheels for terrain mobility, and 3-D printed gears used in the rover. For more information about the team, visit marsrover.mst.edu.

The Mars Rover Design Team is one of 18 student-run teams in Missouri S&T’s Student Design and Experiential Learning Center (SDELC). The SDELC, housed in the Kummer Student Design Center, provides teams with computer design laboratories, a manufacturing shop, office space and logistical support. Design teams mirror small start-up companies that plan large-scale projects, organize into departments, raise funds, communicate their ideas and solve open-ended design challenges. Almost every team competes annually at an event against other collegiate teams from around the country and the world. For more information about the teams, visit design.mst.edu.