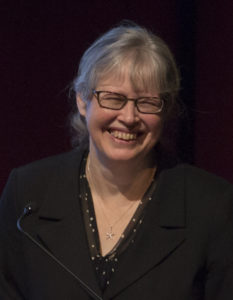 The first commencement ceremony will be held at 10 a.m. Saturday, May 13. During the morning ceremony, nearly 600 degrees will be presented to graduate and undergraduate candidates in the departments of biological sciences; chemical and biochemical engineering; chemistry; civil, architectural and environmental engineering; economics; engineering management and systems engineering; English and technical communication; geosciences and geological and petroleum engineering; materials science and engineering; physics; and psychological science.

The second commencement ceremony will be held at 3:30 p.m. Saturday, May 13. During the afternoon ceremony, nearly 600 degrees will be awarded to graduate and undergraduate candidates in the departments of arts, languages and philosophy; business and information technology; computer science; electrical and computer engineering; history and political science; mathematics and statistics; mechanical and aerospace engineering; and mining and nuclear engineering.

Prior to becoming associate deputy director of the CIA, O’Sullivan for four years led the CIA’s Directorate of Science and Technology (DS&T) — the part of the agency responsible for developing and deploying innovative technology in support of intelligence collection and analysis.

In her career, she held various management positions in the CIA’s DS&T, where her responsibilities included systems acquisition and research and development in fields ranging from power sources to biotechnology. A native of Cape Girardeau, Missouri, O’Sullivan joined the CIA in 1995 after working for the Office of Naval Intelligence and TRW.

On May 1, 2017. Posted in Civil, Architectural and Environmental Engineering, College of Engineering and Computing, Department of Arts, Languages and Philosophy, Featured, People