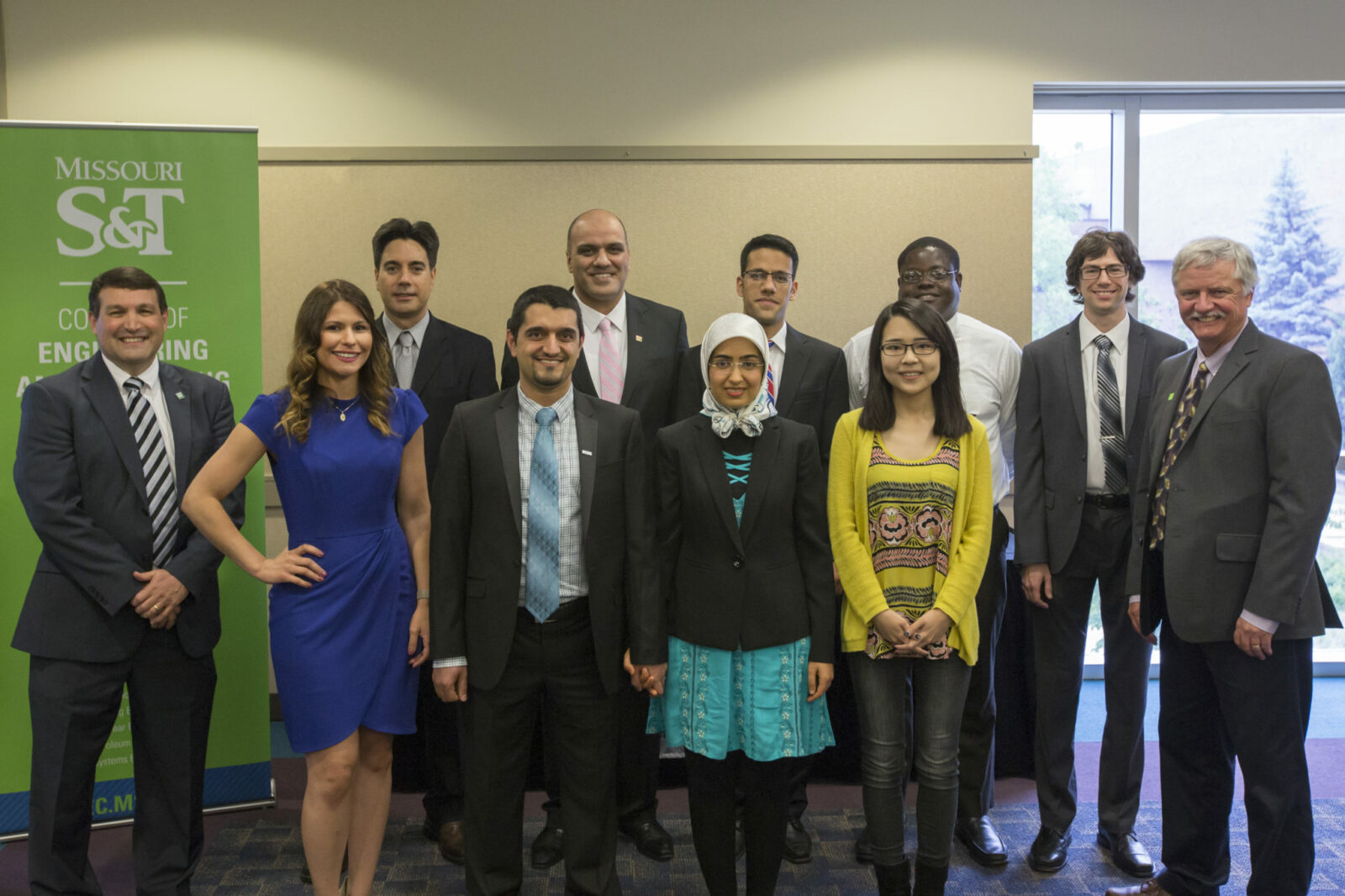 Ten doctoral students in the College of Engineering and Computing at Missouri University of Science and Technology have been named Dean’s Ph.D. Scholars in recognition of their scholarly excellence and research productivity. 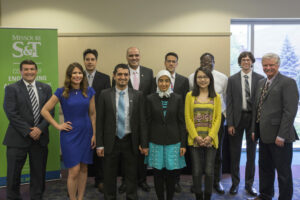 The award winners were nominated by professors in their home departments and honored at an end-of-semester campus reception earlier this month. The recognition follows the launch of similar CEC awards in the 2016-17 academic year for top faculty researchers and those who excel in the classroom.

“Graduate students are vital contributors to the Missouri S&T research and teaching mission,” says Dr. John Myers, associate dean for academic affairs and a professor of civil, architectural and environmental engineering. “We wanted to recognize the top doctoral students as they prepare to launch their own careers in public service, industry and academia.”

As a group, the 10 winners have produced a total of 152 technical publications and reports, Myers notes, with another 26 publications under review. The cohort has collectively accrued 35 external awards and served on 30 different technical society committees.

The award winners, their hometowns and a brief description of their research are as follows:

Charles Abbey, a graduate student in materials science and engineering, from La, Ghana, for “Investigation of anode processes during copper and zinc electrowinning in synthetic sulphuric acid electrolytes.”

Ali Foudazi, a graduate student in electrical and computer engineering, from Tehran, Iran, for “Integration of microwave nondestructive testing and thermography.”

Amir Ghazanfari, a graduate student in mechanical and aerospace engineering, from Khansar, Iran, for “Additive manufacturing of ceramics and functionally graded ceramic composites.”

Ahmed Gheni, a graduate student in civil, architectural and environmental engineering, Tikrit, Iraq, for “Use of recycled tires in concrete, masonry and chip seal to promote sustainable infrastructure.”

Eli Hernandez, a graduate student in civil, architectural and environmental engineering, from Merida, Venezuela, for “Strength evaluation of bridges through load testing.”

Lizette Perez Lespier, from San Juan, Puerto Rico, for “Environmental impact of maritime shipping ports.” Lespier earned master of science and Ph.D. degrees in engineering management from Missouri S&T and is now an assistant professor in the Cameron School of Business at University of North Carolina Wilmington.

Cory Reed, a 2017 geology and geophysics graduate of Missouri S&T from Union, Missouri, for “Seismic investigations of a massive rift in Africa that is slowly splitting the continent.”

Ran Zhou, a graduate student in mechanical and aerospace engineering, from Qingdao, China, for “Microparticle manipulation with acoustic and magnetic fields in microscale flow systems.”

One thought on “College of Engineering and Computing names 10 doctoral students as Dean’s Ph.D. Scholars”