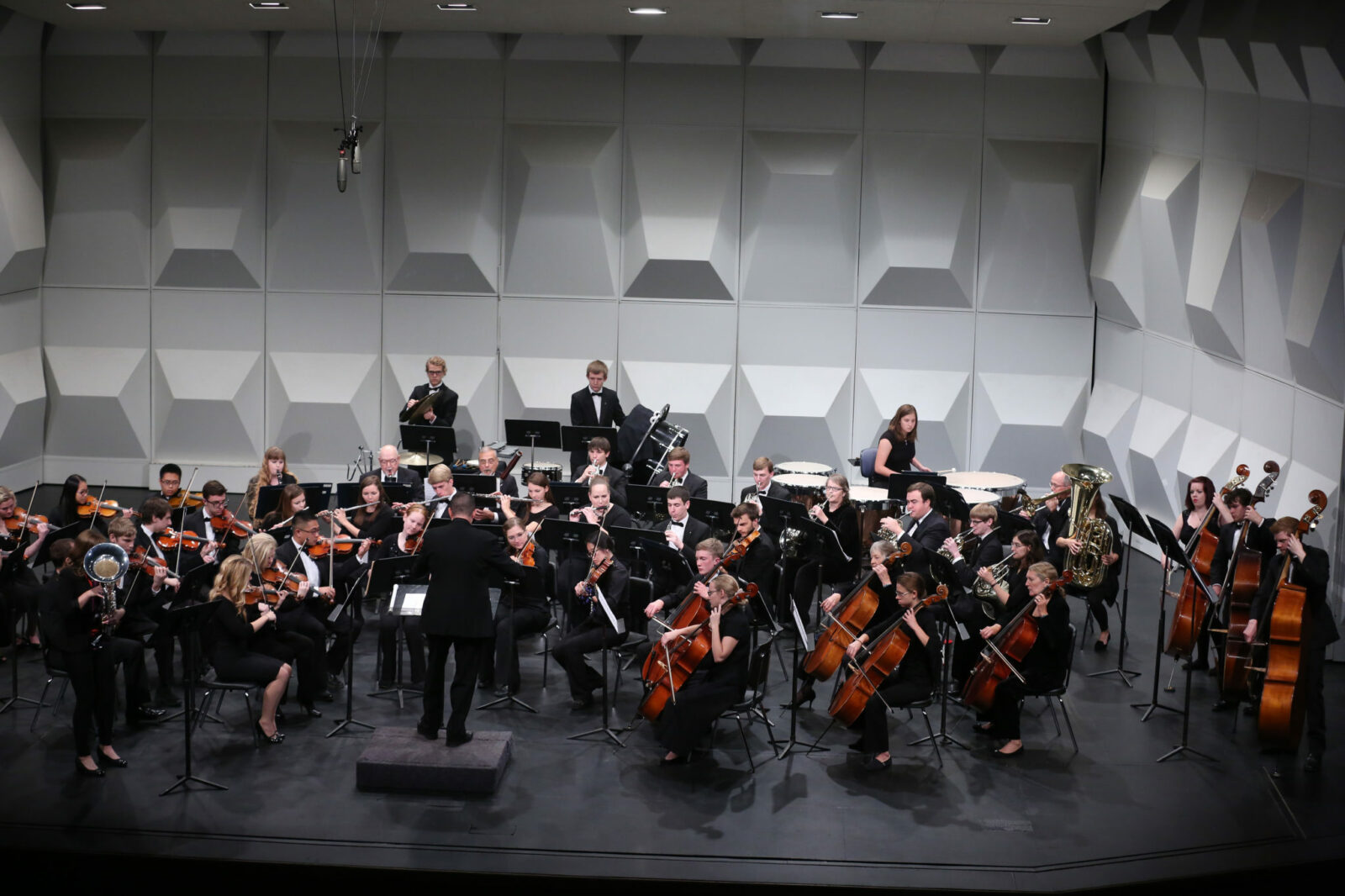 The Missouri University of Science and Technology Symphony Orchestra will hold its spring concert in Leach Theatre on the Missouri S&T campus this month.

The concert will take place at 2 p.m. Sunday, April 30, in leach Theatre of Castleman Hall, located at 10th and Main Streets in Rolla.

The concert will begin with the Symphony Orchestra performing the “20th Century Fox Fanfare.” The Chamber Orchestra will then perform three movements of “Holberg Suite” by Edvard Grieg, and “Hallelujah” by Leonard Cohen. “Hallelujah” will feature a viola solo by Caroline Tran, a senior in computer science from Kansas City, Missouri. The Chamber Orchestra will conclude their portion of the concert with “Uptown Funk” by Mark Ronson and Bruno Mars.

On April 25, 2017. Posted in College of Arts, Sciences, and Business, Department of Arts, Languages and Philosophy, Events, Featured