How World of Warcraft can get you a job

Elizabeth Short, a graduate student in industrial/organizational psychology, poses in front of her World of Warcraft character. Sam O’Keefe/Missouri S&T

“Stop playing that stupid video game and get a job.”

It’s a sentiment expressed by generations of parents since Pong began invading unsuspecting households in 1975. But what if that “stupid game” could help you get a job, and what if that same game could make you a valuable team member once you had the job?

A new study by researchers at Missouri S&T found that World of Warcraft (WoW) gamers who were successful working as a team in “raids” had qualities that psychological studies have shown to translate to success on virtual workplace teams.

These qualities include what psychologists call the Big Five personality traits – extraversion, agreeableness, openness, conscientiousness and neuroticism, as well as computer-mediated communication skills and technology readiness.

The research team came to its conclusion by surveying 288 WoW gamers from across the massive multiplayer online role-playing game’s (MMORPG) many servers. Those surveyed were diverse in age, race, sex, class, occupation and location.

The average survey taker played WoW eight hours a week and worked 38 hours a week—important because the research team wanted survey takers that had full-time jobs that potentially involved teamwork. The survey consisted of 140 questions asking about motivation, communication skills, preferences for teamwork, and personality, with most questions relating to the Big Five personality traits.

WoW is the world’s most-subscribed-to MMORPG, with over 10 million subscribers. After creating a character, players explore an almost limitless virtual landscape. They complete quests and fight monsters, all while interacting and working with characters controlled by other players – a key aspect to the S&T research study. 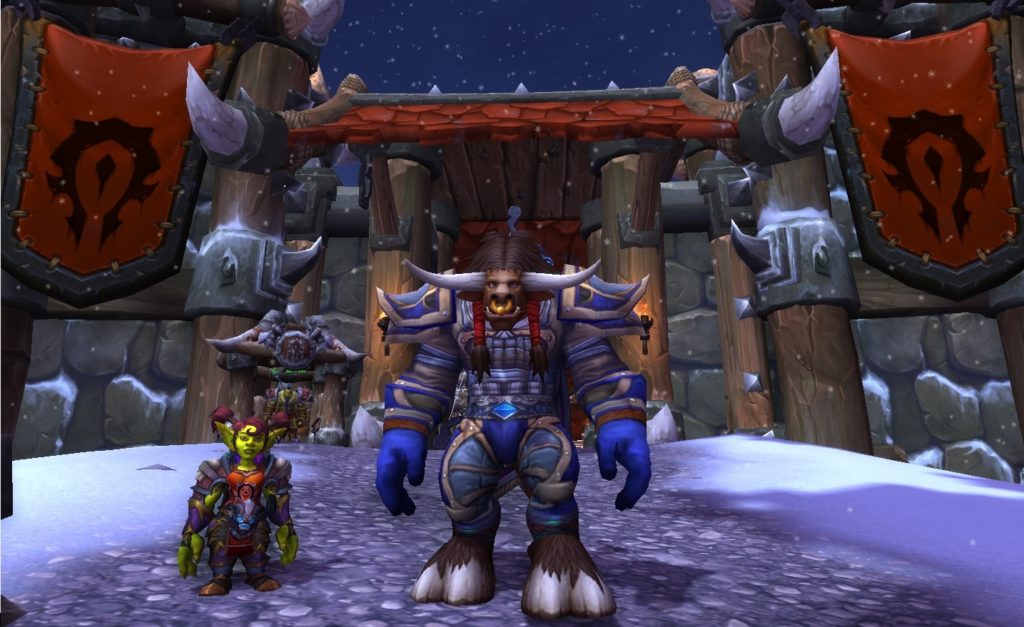 The team surveyed 288 players of the game’s fifth expansion set, Warlords of Draenor. They compared players survey answers to their character’s statistics. A player’s group achievement points indicate how much group gameplay they’ve participated in, and how successful it has been, says Elizabeth Short, a graduate student in industrial-organizational psychology who compiled data for the study. Short’s research team is led by Dr. Nathan Weidner, assistant professor of psychological science.

“What we wanted to look at was virtual teamwork and what kind of characteristics a person had in-game that would translate to real life and the workplace,” she says.

Short says that growing up, she was naturally shy and introverted, but WoW built confidence and helped her “shed her armor.” Short’s social confidence grew, and by the time she started college, she was able to communicate better, all because of what she learned playing WoW.

“I loved WoW and I played it constantly,” she says. “Then I started college, and being able to use some of the things I learned in WoW, like talking and communicating with people during raids, helped me socially in school.”

Short hopes that through the study, more gamers will find that their WoW confidence can be converted into the real world and a career.

“I like the idea that there are aspects of gaming that help and strengthen a person with skills, knowledge and abilities to be able to transfer those skills into the workplace,” she says. “If it helps students like me, I want to see if it helps people in the workplace.

“This research shows us that those skills, while not exactly the same, they transfer,” she adds.

Short will be presenting the research team’s findings at the 32nd annual Society for Industrial and Organizational Psychology Conference in Orlando at the end of April.