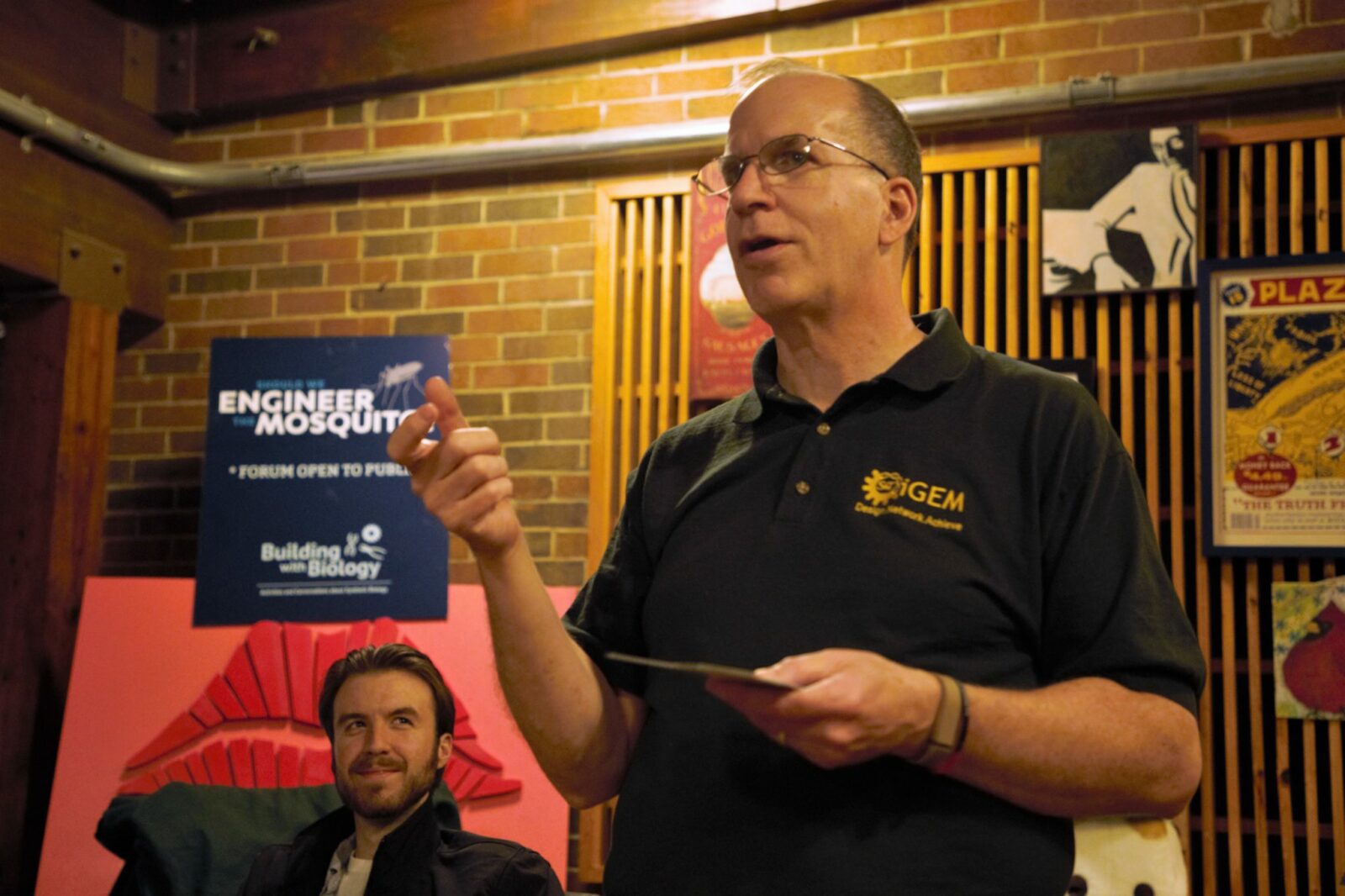 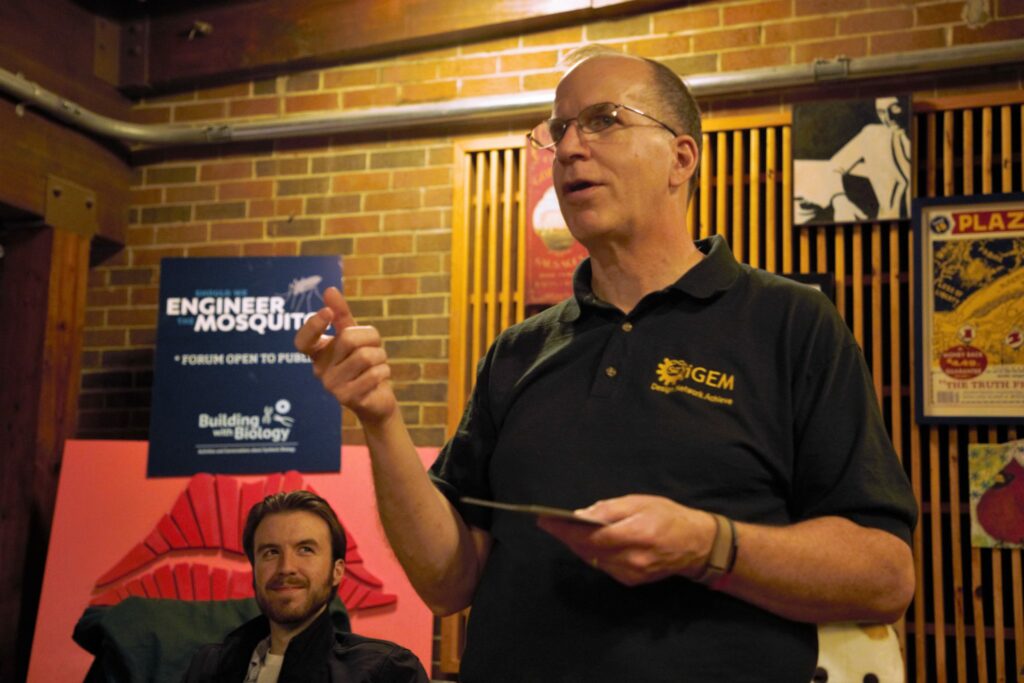 The award is given annually to “a distinguished individual on the basis of outstanding contributions to science education or to the public understanding of science, engineering, or technology.” An associate professor and interim chair of biological sciences at Missouri S&T, Westenberg often does school outreach in the Rolla area and around the state, and organizes and volunteers to do hands-on science activities at conferences and events across the country.

During a speech at the ceremony, Westenberg said his inspiration for science education always has been, and always will be, his daughter, Erica, who is now grown up and attending graduate school in Germany. He says he began doing outreach as a way to bond with her and “be a part of her life.”

“From helping with her science events in kindergarten to being ‘the germ guy’ in first grade to dressing up as the plague doctor for the middle school Quest program, I have loved sharing my passion for science, and microbiology in particular, with her, and now kids of all ages,” Westenberg said during his speech. 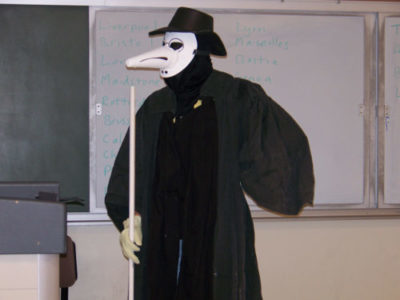 Westenberg dresses up as a plague doctor and visits local middle schools to educate students about how diseases like Black Death were combated during the Middle Ages. Photo contributed by Dave Westenberg

Westenberg says the outreach that he and his S&T colleagues do is especially important in a rural area like Rolla, where not every child has the opportunity to experience the cultural institutions and museums that larger cities offer.

“When my daughter was growing up we were fortunate to be able to take advantage of the opportunities available in St. Louis, such as the science center, the zoo, the art museum and all the programs they offer,” Westenberg says. “Unfortunately, many kids in Rolla don’t have those opportunities, so I’ve always enjoyed trying to bring those opportunities here.”

Westenberg was nominated for the award by Dr. Julie Semon, assistant professor of biological sciences at S&T and one of his longtime colleagues.

“Being nominated by a colleague shows that my colleagues recognize the value in what I do,” says Westenberg. “However, I don’t do the things I do for the recognition. I do it for the kids of all ages I get to interact with. I think this is particularly important in our community.”

This past summer, Westenberg, who is co-director of the Missouri S&T Science Education and Quantitative Literacy (SEQL) program, led a series of interactive workshops for Rolla area children and the general public, as well as K-12 teachers, to show the importance of synthetic biology and its role in everyday life. Synthetic biology is a discipline that combines engineering and biology.

Westenberg is also chair of the American Society for Microbiology Committee for K12 Outreach, where he supports education by developing classroom activities and hosting symposia at national teacher conferences, inviting prominent scientists to talk about their research in the context of education. As chair, he also plans, develops and participates in ASM exhibits for the USA Science and Engineering Festival.

Westenberg joined the S&T faculty in 1997 and was named associate professor in 2003. His research interests include antibacterial materials, microbiology education and rhizosphere microbiology.