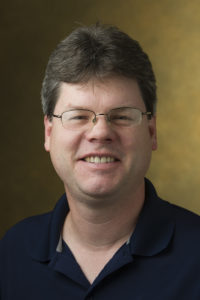 “Dr. Duvernell’s expertise in genetics is an excellent fit with our current faculty expertise, and his experience in leading a growing academic department will help Missouri S&T’s biological science program continue to progress,” says Dr. Stephen Roberts, vice provost and dean of the College of Arts, Sciences, and Business at Missouri S&T. “I look forward to working with him.”

During his tenure at SIUE, Duvernell brought in nearly $1 million in sponsored research. He has authored or co-authored more than 30 articles in peer-reviewed publications and more than 100 presentations and published abstracts.

Duvernell is a member of the Illinois State Academy of Sciences Board and chaired the group’s Zoology Division. He has reviewed manuscripts for numerous professional academic journals and has served as an NSF panelist and reviewer and a reviewer for the National Institutes of Health and the Austrian Science Fund, among others.

“I am both pleased and honored to have been selected as chair of biological sciences at Missouri S&T,” Duvernell says. “I am excited to face new challenges, and I thank Dean Roberts for the opportunity.”

On March 24, 2017. Posted in College of Arts, Sciences, and Business, Department of Biological Sciences, Featured, People