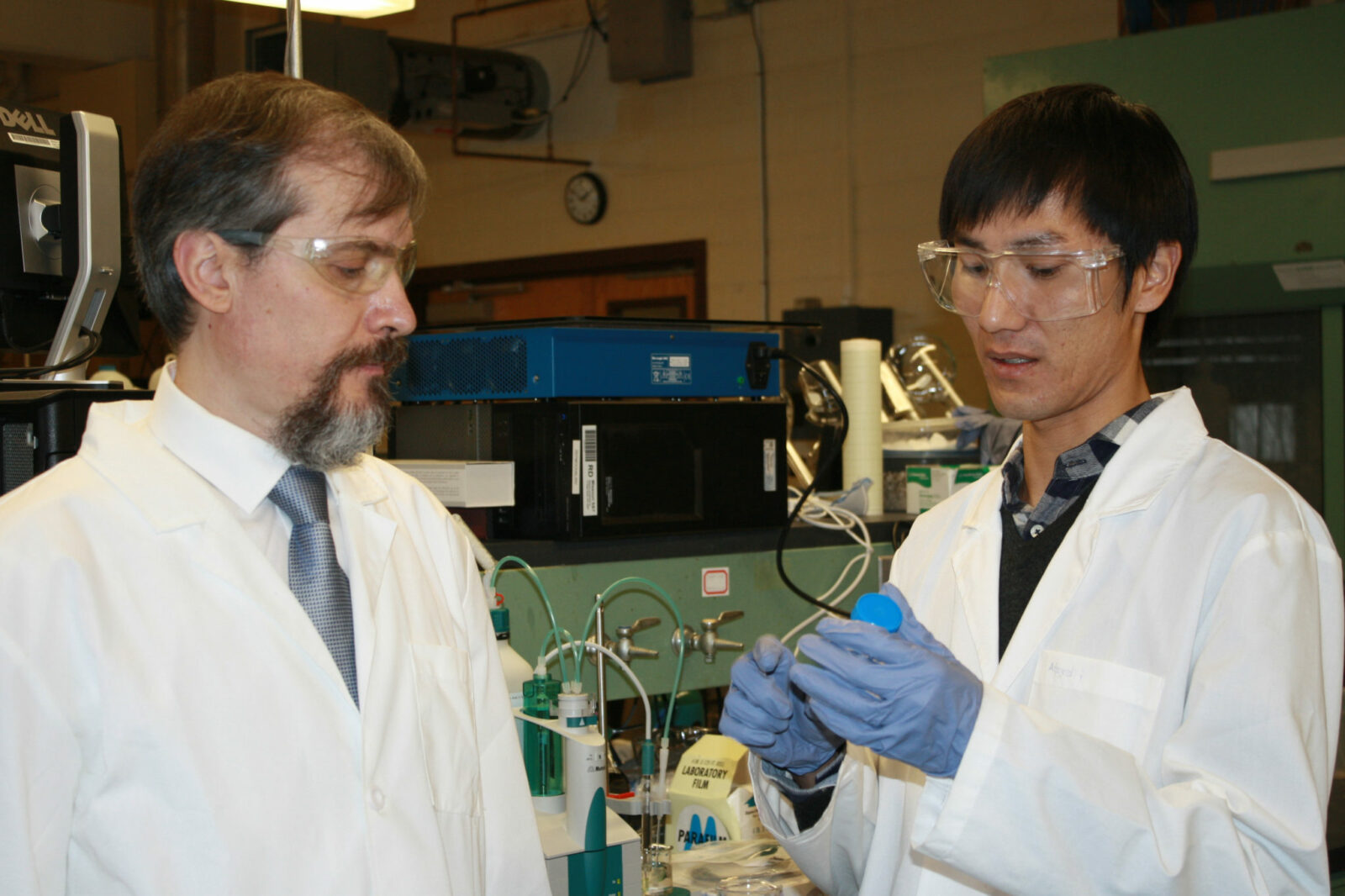 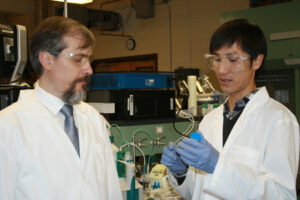 When you think of diamonds, rings and anniversaries generally come to mind. But one day, the first thing that will come to mind may be bone surgery. By carefully designing modified diamonds at the nano-scale level, a Missouri University of Science and Technology researcher hopes to create multifunctional diamond-based materials for applications ranging from advanced composites to drug delivery platforms and biomedical imaging agents.

Dr. Vadym Mochalin, an associate professor of chemistry and materials science and engineering at Missouri S&T, is characterizing and modifying 5-nanometer nanodiamond particles produced from expired military grade explosives so that they can be developed to perform specific tasks. His current research studies their use as a filler in various types of composites.

Mochalin hopes to develop a way to uniformly incorporate the nanodiamonds and form strong chemical bonds between them to help design composite structures that can be used in medical applications, oil drilling bits, polishing and lubricating compositions, and even energy storage systems. Nanodiamonds are the ideal choice for such applications because they are mechanically strong, chemically stable and non-toxic. They can also form bonds with many other materials due to their tailorable surface chemistry.

“Think of the strength of diamond and its potential combinations with different matrices in composites,” says Mochalin. “For example, in bone surgery, you generally have a metal device such as a screw, pin or plate that is used to hold parts of fractured bone in place. Eventually, you would need another surgery for device extraction after the fracture is healed. The same device made of a biodegradable polymer would disintegrate in your body over time and disappear without any additional surgery. Current biodegradable polymers are not strong enough to support mechanical load on fractured bone, but when combined with nanodiamonds they could be.”

Almost all explosions where traditional explosive compounds such as TNT are used create small amounts of nanodiamonds. Nanodiamonds can be produced with high yield once a detonation happens in a closed, oxygen-deficient chamber.

Mochalin’s research group uses advanced characterization techniques to gain an in-depth understanding of the physical and chemical properties of these nanodiamonds. Currently, the group is researching polymer, ceramic and metallic composites. They use techniques such as infrared and Raman spectroscopies, nanoindentation, and scanning electron microscopies, as well as advanced neutron scattering techniques, to measure various characteristics.

“Nanodiamond is a material, not a substance with fixed a molecular structure like water, and all nanodiamonds are slightly different,” says Mochalin. “Understanding this fact and nailing down each diamond’s differences, as well as developing techniques for their purification and dispersion into single particles in different environments, is key to advancing work. A diamond is carbon, but then again so is the graphite in a pencil. It all depends on the bonding of the carbon in a material.”

Each nanodiamond is carbon material approximately 5 nanometers in diameter that is a diamond core coated by a layer of “surface functional groups,” which are responsible for chemical reactions with other molecules. The core is where the superior mechanical and thermal properties normally associated with bulk diamonds are located. Nanodiamond costs much less than a bulk diamond, as it is not as spectacular in appearance as a gem-quality diamond, but all technologically important properties of the larger diamonds are also present in nanodiamonds.

“Diamond is the hardest material we can find in nature, and the potential for rationally designed nanodiamond is almost endless,” says Mochalin.

One of the nanodiamond-related research projects in Mochalin’s group is supported by a grant from Daicel Corp., an international chemical company headquartered in Japan. Mochalin, who started at Missouri S&T as a best-in-class signature area researcher a year ago, now leads a team of post-doctoral researchers and students at Missouri S&T. More information about his work can be found online at chem.mst.edu/mochalin-group.