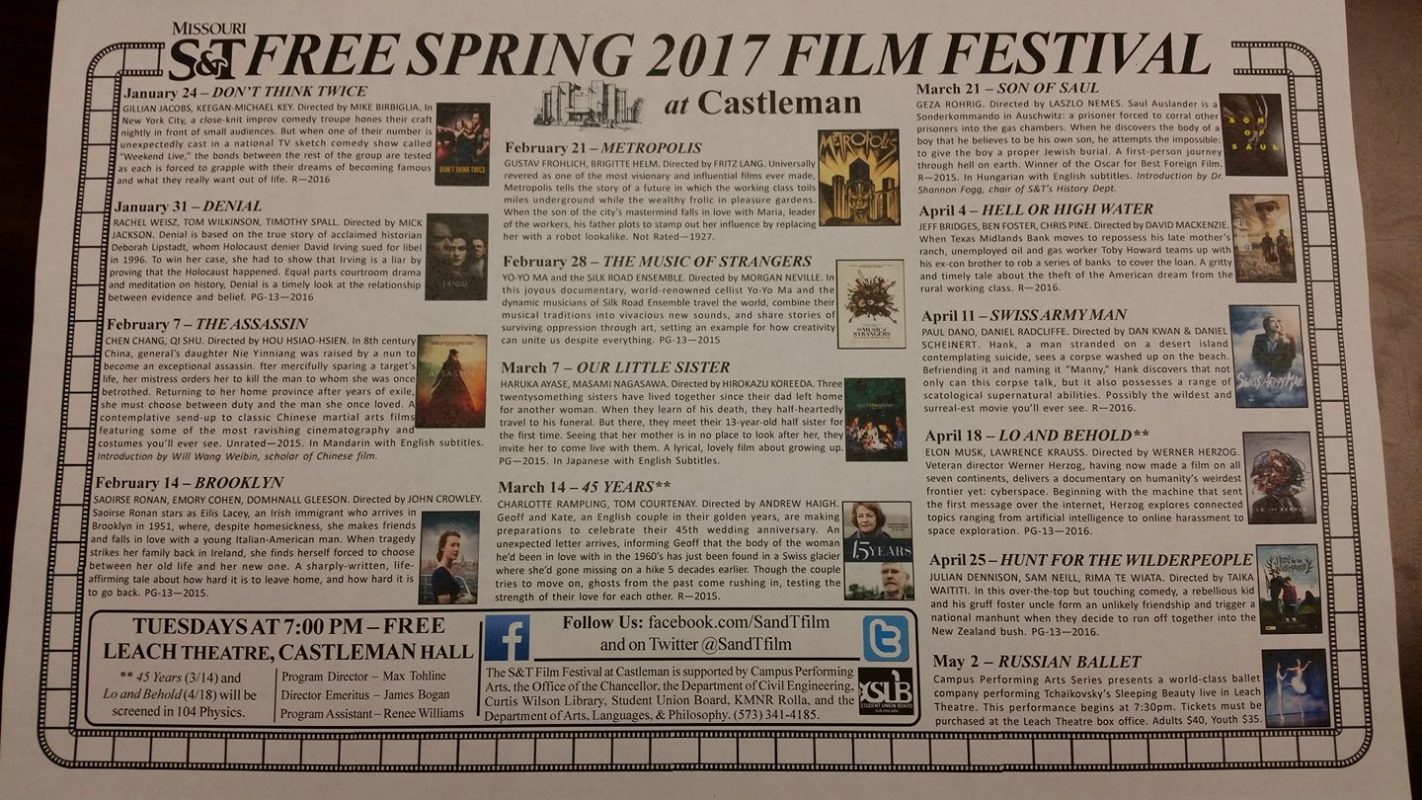 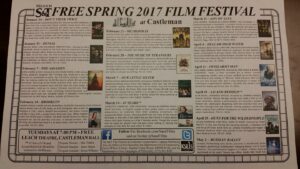 View new and classic films during Missouri University of Science and Technology’s 2017 Free Spring Film Festival. The first film in the series will be the 2016 comedy “Don’t Think Twice.”

The films, which are free and open to the public, will be shown at 7 p.m. on Tuesdays in Leach Theatre of Missouri S&T’s Castleman Hall, located at 10th and Main streets in Rolla, with two exceptions. “45 Years” on March 14 and “Lo and Behold” on April 18, will be screened in Room 104 Physics Building on the S&T campus.

April 25: “Hunt for the Wilderpeople”

The Missouri S&T 2017 Free Spring Film Series is sponsored by the chancellor’s office, the Campus Performing Arts Series, the civil, architectural and environmental engineering department, Curtis Laws Wilson Library, the Student Union Board, and the arts, languages, and philosophy department.

On January 20, 2017. Posted in College of Arts, Sciences, and Business, Department of Arts, Languages and Philosophy, Events, Featured