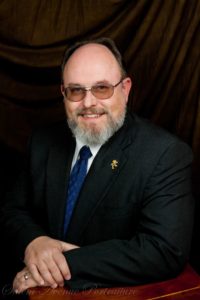 Missouri S&T professor Steve Watkins will take over as president elect of IEEE-HKN in 2017. In 2018, he becomes the organization’s president.

Dr. Steve E. Watkins, professor of electrical engineering and computer engineering at Missouri University of Science and Technology, is the 2017 president-elect of IEEE-Eta Kappa Nu (IEEE-HKN), the honor society of the Institute of Electrical and Electronics Engineers. In 2018, he will lead the organization as IEEE-HKN president and will chair the board of governors.

Watkins currently serves as the editor-in-chief for THE BRIDGE magazine of IEEE-HKN and is a prior member of the board of governors. He is also a co-advisor for the Missouri S&T student chapter of IEEE-HKN.

“IEEE-HKN’s mission is to promote the engineering profession, to recognize and encourage excellence and to provide service,” Watkins says. “Among the many responsibilities and opportunities of these leadership positions, I look forward to addressing the member experience, especially for our student members, and to facilitate communication among the chapters, the student members, alumni and the board.  Overall, my goal is to contribute to the HKN community and to be a spokesman for the organization.”

HKN was founded in 1904 and merged with IEEE in 2010. The organization promotes the profession through recognition and service activities. More than 200,000 people have been inducted into the 235 chapters worldwide. Membership is conferred for excellence in scholarship, leadership, character and service.

“The Gamma Theta Chapter at Missouri S&T is among the most active chapters in HKN,” Watkins says. “It has been recognized for 11 consecutive years in the annual outstanding chapter activities program, and it has had many successful award nominees.

“The Gama Theta Chapter gave me my start in HKN. I was inducted as a student in 1981, and I received the Outstanding Student Award in 1983.”

On December 7, 2016. Posted in College of Engineering and Computing, Electrical and Computer Engineering, Featured, People