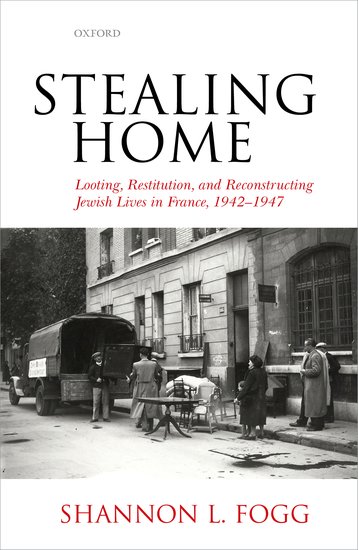 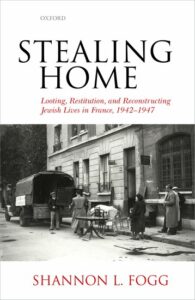 After World War II, French Holocaust survivors returned to their homes in Paris to find them stripped of personal belongings and occupied by new inhabitants. Attempts to reclaim those belongings were key in efforts to rebuild Jewish political and social inclusion after the war, says Dr. Shannon Fogg, chair and professor of history and political science at Missouri University of Science and Technology.

Fogg focuses on the individual stories of Jewish Holocaust survivors in France in her latest book, Stealing Home: Looting, Restitution, and Reconstructing Jewish Lives in France, 1942-1947. The book, which will be published by Oxford University Press on Jan. 8, 2017, gives the French perspective on postwar restitution efforts, where most books about the subject focus on Germany.

Between 1942 and 1944, Germans sealed and completely emptied at least 38,000 apartments in Paris, Fogg says. The majority of the furnishings and household items were shipped to Germany. After the war, the French provisional government established a Restitution Service to facilitate the return of goods to the victims of wartime looting.

“Though time-consuming, difficult and often futile, thousands of people took part in these early restitution efforts,” Fogg says. She argues that the idea of “home” and the restitution efforts were critical in shaping the postwar relationship between Jews and the government, as well as the successes and failures of rebuilding Jewish lives in France.

“While we know a lot about the process of exclusion that led to the Holocaust, we know a lot less about how survivors rebuilt their lives after the war,” Fogg says. “The Nazis attacked the safety of home during the war as part of their persecution, and rebuilding those homes was crucial to a survivor’s sense of belonging in the postwar period.”

Fogg has produced numerous book reviews, published articles in peer-reviewed journals and contributed chapters to edited volumes. She received the 2009 Missouri Conference on History Book Award for her book The Politics of Everyday Life in Vichy France: Foreigners, Undesirables, and Strangers, which was published in 2009 by Cambridge University Press.

On December 21, 2016. Posted in College of Arts, Sciences, and Business, Department of History and Political Science, News