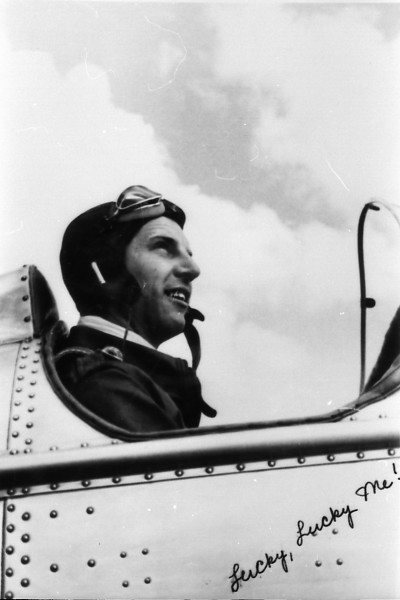 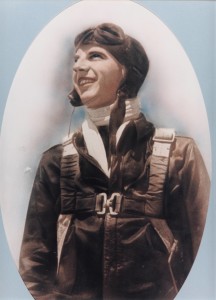 George Allison Whiteman’s plane was gunned down by Japanese “Zero” fighter pilots on that “day which will live in infamy,” Dec. 7, 1941. He is considered the first American airman to die in aerial combat during World War II. But a half-decade earlier, Whiteman was a promising chemical engineering student at the Missouri School of Mines and Metallurgy.

By all accounts, Whiteman was a brilliant and determined student, traits that would later serve him well as a pilot in the Army Air Corps.

“Most of what I’ve heard from anybody saying anything about him was that he was very intelligent; he was a voracious reader; he had an inquiring mind; and he was just a nice guy,” recalls Whiteman’s niece, Gayle Kent. 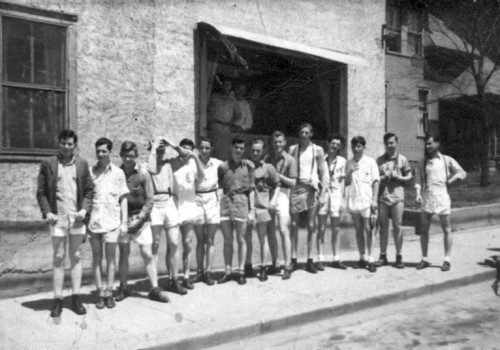 Whiteman poses with some fellow “rambling wrecks from Rolla Tech” outside of a Pine Street establishment in the mid-1930s.

Whiteman started school at MSM in 1935 after graduating two years early and in the upper 10th percentile of his class at Smith-Cotton High School in Sedalia, Missouri. According to a family biography provided by Kent, Whiteman was proud to be a Miner and “thought Missouri School of Mines was second in academic excellence only to Massachusetts Institute of Technology.”

“On many occasions, he could be heard singing the Rolla engineering song which went ‘I am a rambling wreck from Rolla Tech, and a hell of an engineer,’” according to the biography.

Whiteman often hitchhiked to school in Rolla from his family’s house in Sedalia. When he would get to Rolla, Whiteman would mail a postcard back to his mother in Sedalia letting her know he made it safely. The Whiteman family still has some of these postcards in their possession. 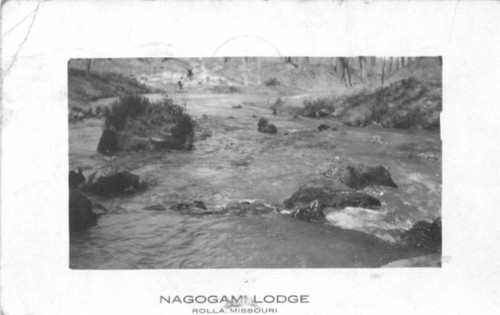 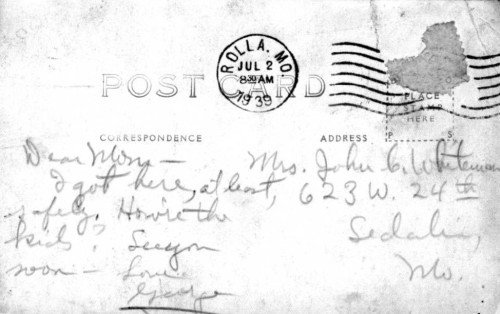 The front and back of one of many postcards Whiteman sent his mother after hitchhiking to school in Rolla from home in Sedalia.

Whiteman’s parents were unable to help their son pay for tuition, as they, among many other families across the country, were still recovering from the Great Depression. So, Whiteman turned to other sources to support his education. He received a $50 loan from his high school trigonometry teacher, Mattie Montgomery or “Mathematical Mattie”, participated in ROTC, worked odd jobs, stoked furnaces and had a scholarship, according to the biography.

But the financial hardships eventually caught up to Whiteman and he could no longer afford to attend MSM. Looking for a steady job, Whiteman decided to move to Chicago. He saved up some money and moved back to Sedalia. Soon after returning home, Whiteman enlisted in the Army with the goal of fulfilling his dream of becoming a pilot. 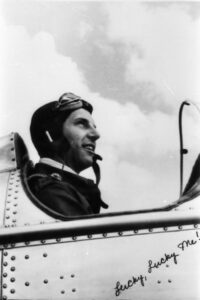 Once Whiteman had completed advanced flying school and received his wings, he was “so thrilled that he sent his mother a picture of himself in the cockpit of a plane looking up at the sky labeled ‘Lucky, Lucky Me,’” according to the biography. This picture would be the enduring image of Whiteman, a bright-eyed young man realizing his dream.

Whiteman was almost immediately called to active duty with the Army Air Corps, and volunteered for duty in Hawaii. He was based at Wheeler Field in Oahu, before being temporarily reassigned to Bellows Field for aerial gunnery training.

Whiteman was getting dressed in his quarters on the morning of Dec. 7, 1941, when the Japanese began bombing Pearl Harbor. He stepped out onto his veranda and “immediately guessed what was happening,” according to the family biography. He jumped into his car and raced the 25 miles to his plane at Bellows Field, being strafed by enemy fire along the way.

“It’s a miracle he even survived to get to Bellows Field because there were bullets holes all in his car where he had been strafed on the way over there,” says Kent. “His hat was lying in the seat beside him and it had holes in it.”

When Whiteman arrived at Bellows, he jumped out of his car and into a Curtiss P-40 Warhawk. He taxied the plane out to the runway with the engine still cold and began his takeoff. He made it 50 feet into the air before he was shot down by enemy fire, according to the biography. 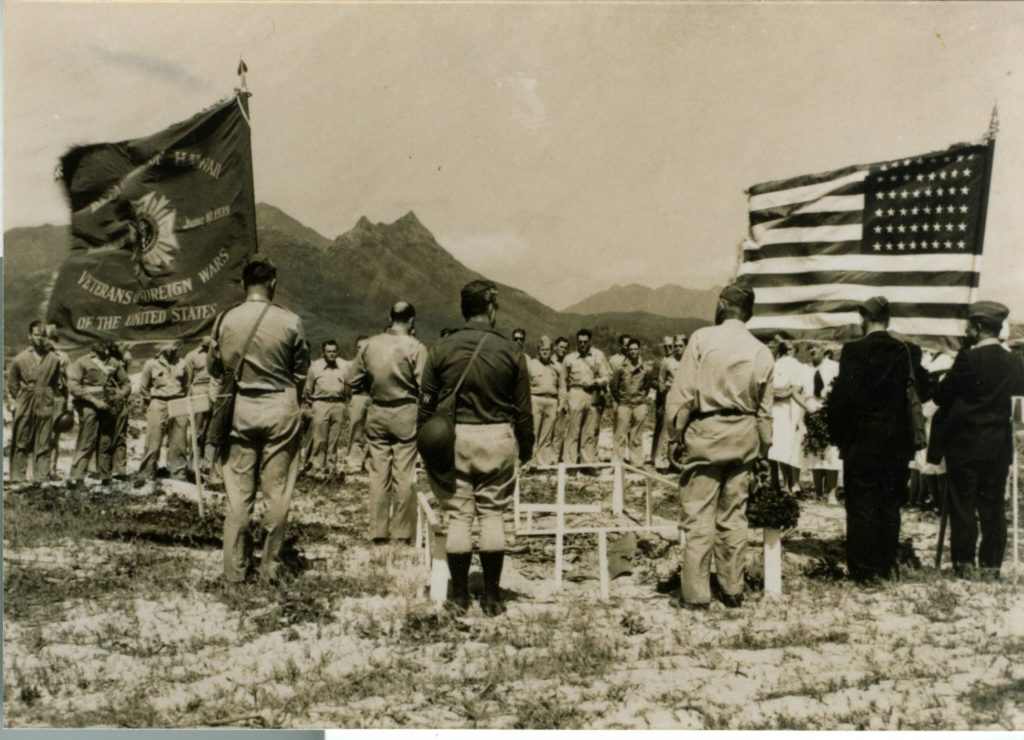 Whiteman’s military funeral service at the site of his plane crash near Bellows Field in Oahu, Hawaii.

“There was a lot of heroism from everyone that day, for sure,” says Kent. 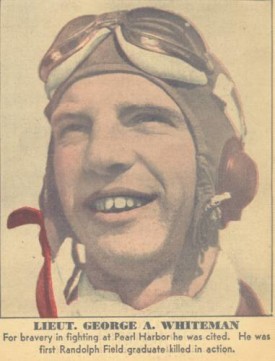 “We appreciate how so many people and so many organizations have kept his name alive. They say that people aren’t really dead as long as they’re remembered,” says Kent.

Whiteman is now buried at Memorial Park Cemetery in Sedalia. Every year, the city holds a wreath-laying ceremony for him and all those that died serving their country.

“People don’t think so much about what it takes, but all around the world there are cemeteries that have graves of thousands of American men and women that fought for us to be here today,” says Whiteman’s nephew, Dean Berry.

Photos provided by and published with the permission of the family of George Allison Whiteman.