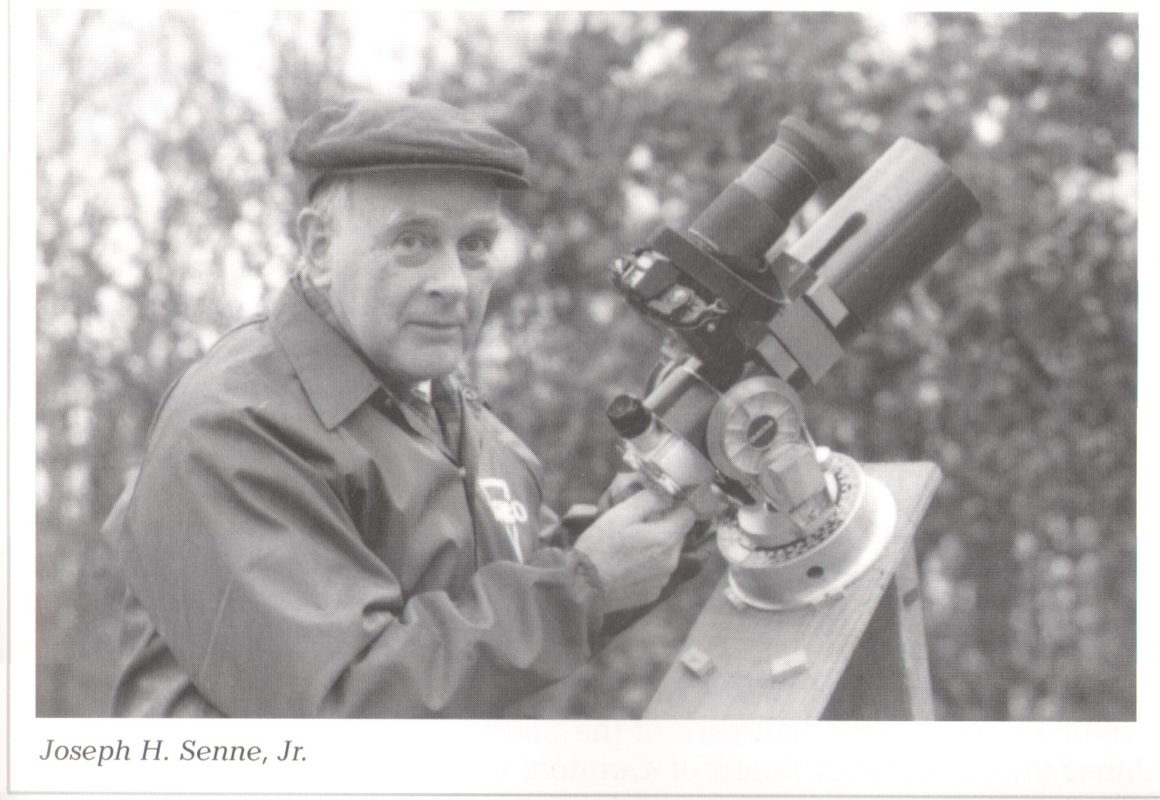 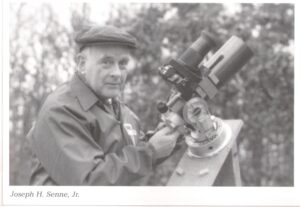 In addition to civil engineering, Senne was an avid astronomer who made the astronomical calculations for the Missouri S&T Stonehenge replica that was unveiled in 1984. “The stones had to be placed precisely to be aligned for observing equinoctial and summer and winter solstice sunrises and sunsets, by which ancient Britons kept track of the seasons with the original Stonehenge,” he said in 1985.

Working in his spare time, it took Senne two years to make the calculations by computer. “This makes the construction of the original Stonehenge some 3,000 years ago seem even more remarkable,” he said.

In collaboration with the Independent Tracking Coordination Program, Senne predicted the time of satellite crossings over Missouri and made them available to news media. Senne avidly tracked Skylab from its launch in 1973 to its reentry to Earth in 1979. “It has been an interesting experience to follow the orbit of Skylab all these years,” he said, “and its ending is fascinating. But I’ll miss it when it’s gone.”

Senne served in World War II as a Navy Seabee and was stationed on Okinawa when the peace treaty with Japan was signed in 1945.

He was a Fellow and life member of the American Society of Civil Engineers (ASCE), the American Society for Engineering Education and the Missouri Society of Professional Engineers, and was the chair of the ASCE Advanced Technology Committee and the ASCE Space Shuttle Task Committee. Senne also was involved in establishing the Missouri S&T Academy of Civil Engineers and served as secretary-treasurer for 12 years.

Senne was a member of the Society of Sigma Xi, Chi Epsilon, Tau Beta Pi, Phi Kappa Phi and Outstanding Educators of America.

A memorial service for Senne will be held at 1:30 p.m. Wednesday, Jan. 11, at the Point Loma Community Presbyterian Church at 2128 Chatsworth Blvd. in San Diego, California. Memorial contributions may be made to the Joseph Senne Academy of CE Faculty Achievement Award or by contacting Sue Wallace, senior development officer in University Advancement, by phone at 573-466-3202 or by email at wallacesue@mst.edu.

For other information, feel free to contact Dr. Joel Burken, Curators’ Distinguished Professor and chair of civil, architectural and environmental engineering at burken@mst.edu.