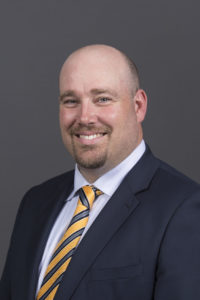 A Missouri University of Science and Technology researcher is part of a national group looking at ways to keep miners — especially underground coal miners — safe.

Dr. Braden Lusk, professor and chair of mining and nuclear engineering at Missouri S&T, is on the National Academies of Sciences, Engineering, and Medicine committee to study occupational exposure to respirable coal mine dust in underground mines.

“We need a safe environment that is most advantageous to health,” Lusk says. “We have to minimize the effects of dust and minimize the risk of explosions.”

The 10-member committee will hold two-day meetings six times in Washington and prepare a report that is due Jan. 31, 2018. Between meetings, members read briefing material, write for the committee’s report and review text drafted by other members. The committee was formed because Congress called for the National Institute for Occupation Safety and Health (NIOSH) to conduct a study with assistance from the Mine Safety and Health Administration (MSHA).

The committee will investigate the effectiveness of current monitoring technologies and sampling approaches for coal-mine dust exposure; the effects of rock dust mixtures and their application, as required by current U.S. regulations, on respirable coal mine dust measurements; and optimal monitoring and sampling strategies to aid mine operators’ decision making related to reducing respirable coal mine dust exposure to miners in underground coal mines.

Respirable dust in coal mines isn’t just black dust from the coal, says Lusk, who earned a Ph.D. in mining engineering from Missouri S&T in 2006 and a bachelor of science degree in mining engineering from S&T in 2000. It’s also the rock dust that is used to help prevent mine explosions — which can happen when a spark ignites coal dust or methane gas in the mine, causing a chain-reaction fire that creates an explosion. It happens the same way as those at grain elevators, when seed dust ignites.

The last U.S. coal mine explosion happened on March 5, 2010, in West Virginia when the Upper Big Branch Mine-South in Raleigh County exploded, killing 29 miners — the most lives lost in 40 years. Although tragedies still occur, mining is much safer today than it was at the turn of the 20th century. In 1907, the United States suffered its worst mine tragedy ever in the Monongah coal mine explosion, which claimed 362 lives and pushed Congress to create the Bureau of Mines.

Explosions are rare, but health problems from respirable coal mine dust are much more common. According to the MHSA, the four primary types of coal mine dust health complications are pneumoconiosis, coal workers’ pneumoconiosis (black lung), silicosis and chronic obstructive pulmonary disease (COPD). Pneumoconiosis is caused by inhaling respirable mineral dust, which scars lung tissue. Black lung is caused by inhaling coal dust. Silicosis happens when miners inhale respirable crystalline silica. And COPD is a progressive disease that restricts airways.

Lusk, who has coal dust study experience from his time at the University of Kentucky, says the committee will also try to: identify research gaps, find ways to fund research, and come up with best-practice methods for managing respirable dust in underground coal mining. And they’ll try to do so in economically efficient ways.

“We want to create a safe and healthy environment for miners,” Lusk says.

The 10-member committee includes Dr. R. Larry Grayson, former chair of mining engineering at Missouri S&T who was at Pennsylvania State University from 2007 to 2013.