Her prize? A job offer. 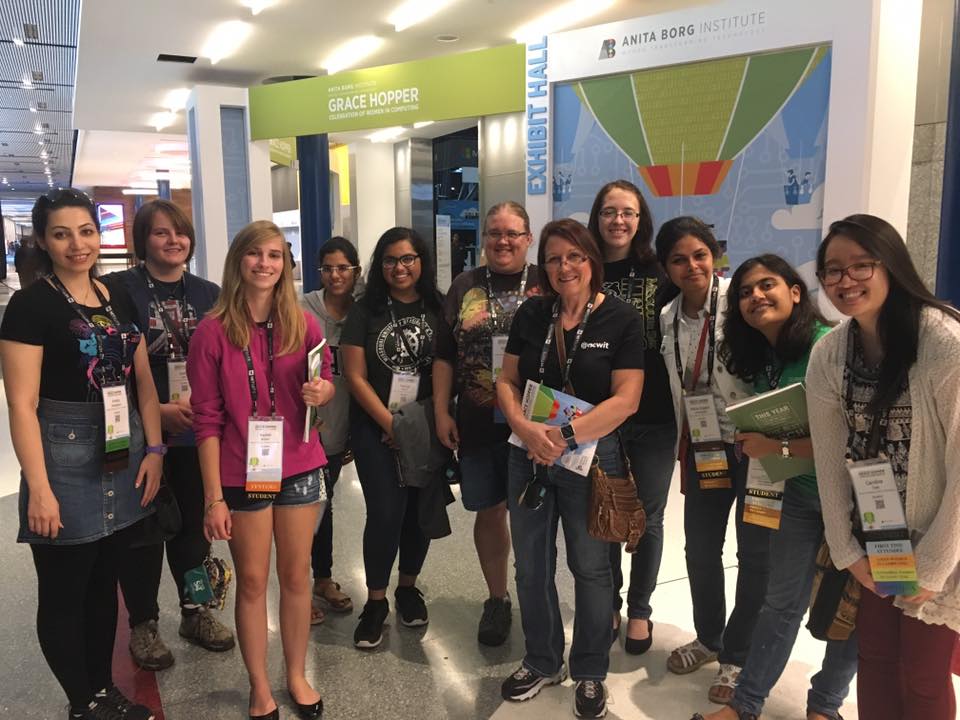 Missouri S&T took computer science and computer engineering students to the Grace Hopper computing conference in October in Houston. There they met industry leaders and networked with professionals in the field.

Ward, a graduate student in computer science from Rolla, Missouri, was attending her third Grace Hopper conference along with other Missouri S&T computer science and computer engineering students. And she knew something wasn’t right.

Scrutinizing the code, Ward found that it would never compile into an executable program. Compile means using checks to make sure a program is written correctly according to the rules of the programming language.

“I called out the error and was told the code was, indeed, correct,” she says. “I explained why it would fail and was asked to prove my theory. I had my laptop with me and wrote the code exactly as it was written for the challenge, and was given the exact error I expected.” 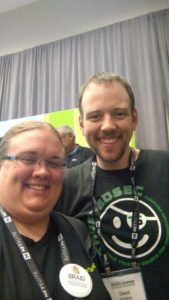 The Amazon representative overseeing the code challenge huddled with another from the company, Ward says. They met with her and mentioned an internship, in which she was interested. But after talking to the Amazon reps some more, they indicated they actually wanted Ward to stop working on her Ph.D. and take a full-time job.

“The offer was tempting, but the job would be as an entry level software engineer,” Ward says. “While I do enjoy working with code, I really like research the most.”

She turned them down — but left the door open. Amazon has teams that focus on research and development in big-data analysis and computational intelligence, she says, and she is much more interested in those areas. Besides, Amazon is on her short list of places she would most like to work.

Now, however, Ward is going to continue working toward her graduate degree, which she should complete in about two years.

For all the Missouri S&T students, the conference was a chance to meet industry leaders and trendsetters and show off their computer skills.

Ayushi Mathur, a graduate student in computer science from Rolla, Missouri, was among the top eight teams at the Yahoo Hacks competition, says Rhonda Grayson, computer science department administrative assistant who escorted the students to Houston. After Mathur’s presentation and demo, she received awards for best overall app and best monetization — and she met and interviewed with Tumblr CEO David Carp.

“It gives the girls a belief that things are not unreachable,” Ward says.

Other Missouri S&T students who attended the conference are:

Armaja Larue-Hill, a senior in computer engineering from Raytown, Missouri

Rachel Millian, a junior in computer science from Centralia, Missouri

Harinya Potluri, a sophomore in computer science from O’Fallon, Missouri

The Grace Hopper conference is the world’s largest technical conference for women in computing. The conference helps facilitate collaborative proposals, networking and mentoring for the attendees and offers professional development through a variety of activities. It is presented by the Anita Borg Institute for Women in Technology and the Association for Computing Machinery.

This is the third consecutive year Missouri S&T has sent students to the conference.

“We are one among 15 institutions in the nation to be part of the BRAID initiative (Building Recruiting And Inclusion for Diversity), through which we have been able to secure funding from Facebook, Google, Microsoft and Intel to do outreach activities to middle school and high school students, in addition to participating at Grace Hopper,” says Dr. Sajal Das, chair of the computer science department.

“Such initiatives helped increase women and underrepresented minority student enrollment by about 100 percent in our department in the last three years.”

On October 28, 2016. Posted in College of Engineering and Computing, Computer Science, Events, Featured