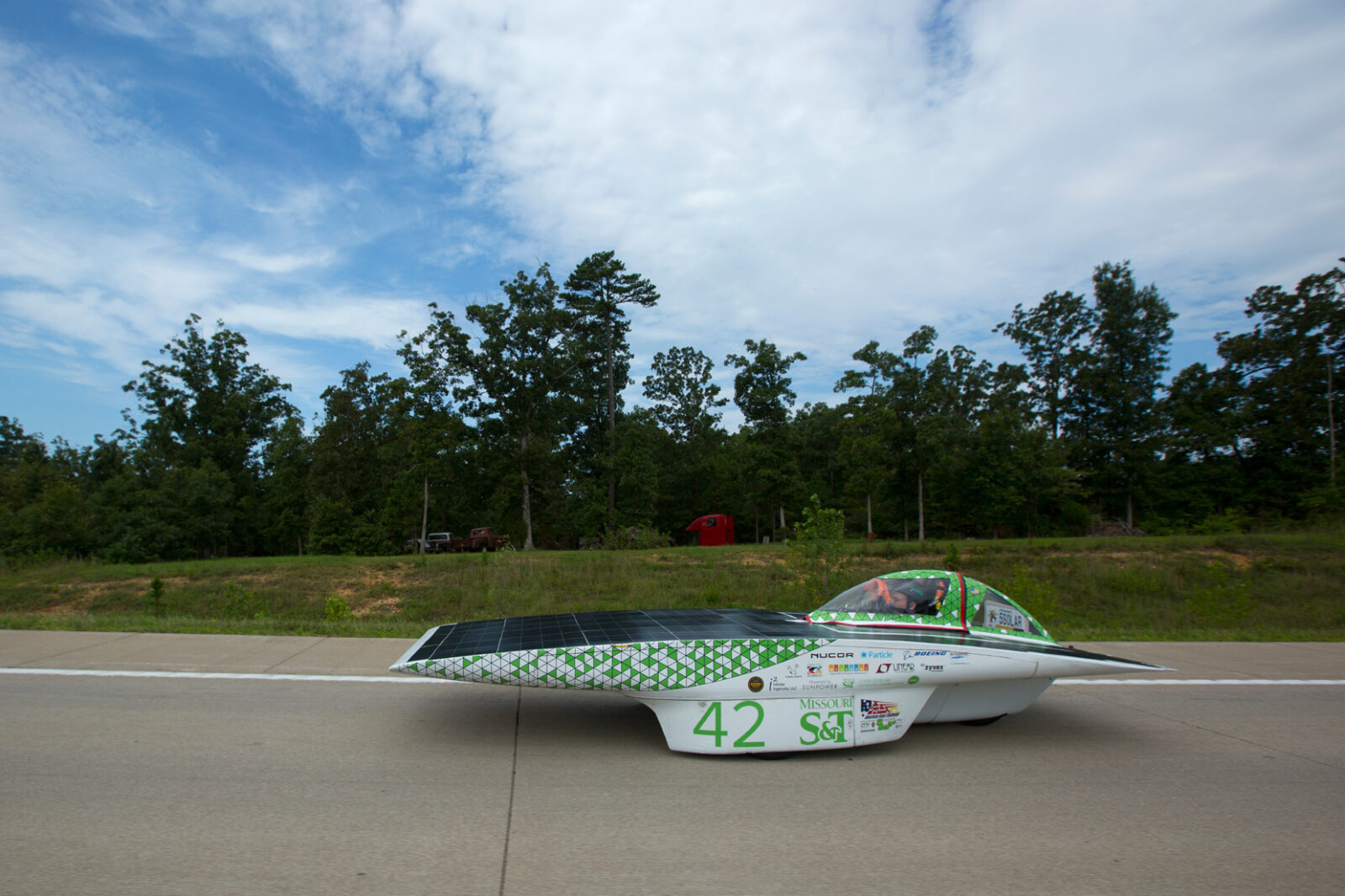 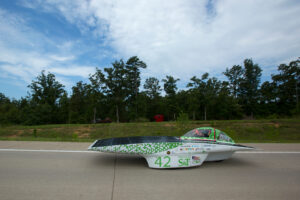 The American Solar Challenge, held July 30-Aug. 6, was designed in partnership with the National Park Service to support its 2016 centennial celebrations. The race route included stages and checkpoints at nine national parks and historic sites throughout the Midwest. Teams were scored by the lowest cumulative time for each day’s stage.

Before the cross-country challenge, teams had to pass scrutineering during the Formula Sun Grand Prix. The track race acted as a safety proving ground and seeding system for the cross-country race. Teams started the event with technical and safety inspections, then moved on to three days of racing at the Pittsburgh International Race Complex in Wampum, Pennsylvania.

Twenty-three teams competed at the grand prix, but only 12 teams qualified for the road race by meeting all safety and lap requirements, and technical feasibility.

Missouri S&T’s Solar Car Design Team named its vehicle the Solar Miner after the school’s mascot, Joe Miner. The car is an all-carbon-fiber composite vehicle with solar panels on the top. The entire car, including its electrical components, was designed and constructed by undergraduate students at Missouri S&T. Its steering wheel is designed similar to a Formula-One-style racecar, with many integrated buttons and controls.

“Despite cloudy weather and rain, our students overcame rookie mistakes and ran with, even outperformed, teams with far more experience,” says Bob Phelan, outreach manager for Missouri S&T’s Student Design and Experiential Learning Center. “Missouri S&T has come out of absolutely nowhere to run with the big dogs, while spending far less money to do so. Racing doesn’t get better than this.”

For more information about the competition and a full list of results, visit americansolarchallenge.org/the-competition/ascfsgp-2016.