Missouri S&T Solar Car team to race across the country 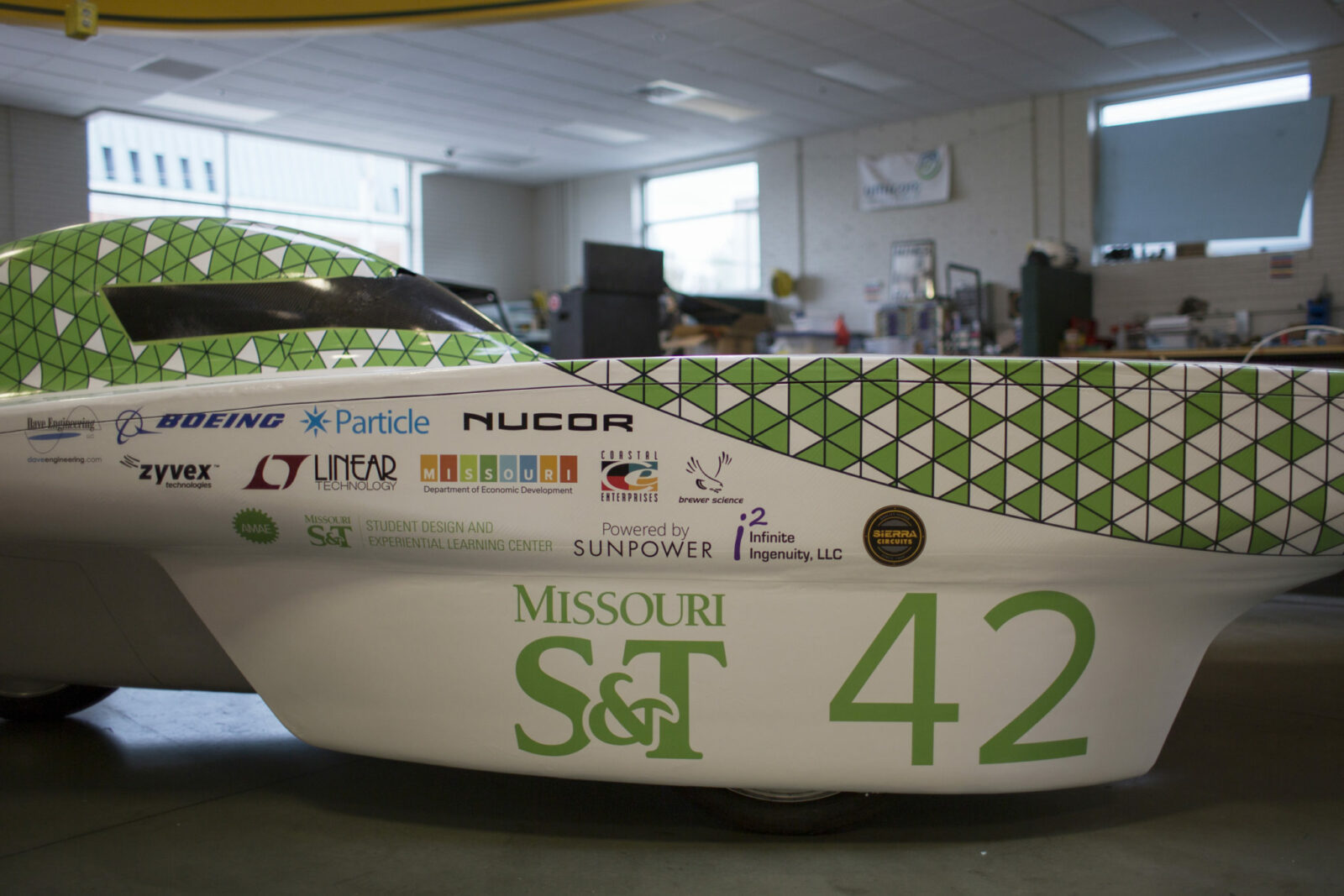 The Solar Car Team unpacks the solar panes for the car after the car was returned following the vinyl decals installation. Photo by Sam O’Keefe/Missouri S&T 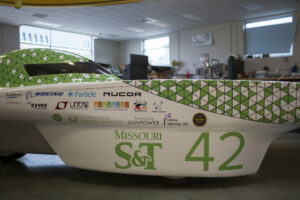 A group of students from Missouri University of Science and Technology will race a solar-powered car approximately 1,800 miles against teams from around the nation in the American Solar Challenge, a competition for collegiate design teams.

The American Solar Challenge will be held July 30-Aug. 6. The race route, which leads teams through seven states as they race from Brecksville, Ohio, to Hot Springs, South Dakota, was designed in partnership with the National Park Service to support its 2016 centennial celebrations. The route will include stages and checkpoints at nine national parks and historic sites throughout the Midwest. The team with the lowest cumulative time between stages will win the competition.

Before the cross-country challenge, teams must pass scrutineering during the Formula Sun Grand Prix. The track race acts as a safety proving ground and seeding system for the cross-country race. Teams start the event with three days of technical and safety inspections, then move on to several days of racing at the Pittsburgh International Race Complex in Wampum, Pennsylvania.

Twenty-three teams will compete at the grand prix, but some of the teams might fail to qualify for the road race if they lack the required safety or lap requirements. The team with the most completed laps over three days will be first on the starting line for the American Solar Challenge.

Missouri S&T’s Solar Car Design Team named its vehicle the Solar Miner after the school’s mascot, Joe Miner. The car is an all-carbon-fiber composite vehicle with solar panels on the top. The entire car, including its electrical components, was designed and constructed by Missouri S&T students. Its steering wheel is designed similar to a Formula-One-style racecar, with many integrated buttons and controls.

The road race route will be as follows:

— Stage 3: Wednesday, Aug. 3, through Friday, Aug. 5 – teams depart Republic and head to a checkpoint at the Brown v. Board of Education National Historic Site in Topeka, Kansas. The next checkpoint is at the Homestead National Monument of America in Beatrice, Nebraska. Teams will finish the stage at the Scotts Bluff National Monument in Gering, Nebraska.

Keep up with the latest team information at facebook.com/SolarCarTeam. For more information about the competition, visit americansolarchallenge.org/the-competition.

Will Applegate, a sophomore in electrical engineering from Pacific, Missouri

Jorge Bretzke, a junior in aerospace engineering from Seattle

Charles Cooley, a sophomore in mechanical engineering from Barnhart, Missouri

Donovan Gibson, a senior in mechanical engineering from Worth, Missouri

Adam Hinkebein, a sophomore in mechanical engineering from Pacific, Missouri

Nathan Jacobson, a senior in chemical engineering from Union, Kentucky

Will Lorey, a sophomore in computer engineering from St. Louis

Alex Moll, a junior in electrical and computer engineering from Hermann, Missouri

Caleb Olson, a junior in computer engineering from Vienna, Missouri

Daniel Peters, a senior in mechanical engineering from St. Louis

Minhaz Rashid, a sophomore in aerospace engineering from Florissant, Missouri

Michael Rouse, a sophomore in computer science from O’Fallon, Missouri

John Schoeberle, a senior in mechanical engineering from Edwardsville, Illinois

Brandon Terlouw, a senior in mechanical engineering from Chesterfield, Missouri.