For alumnus Tyrone Smith, a third trip to the Olympics 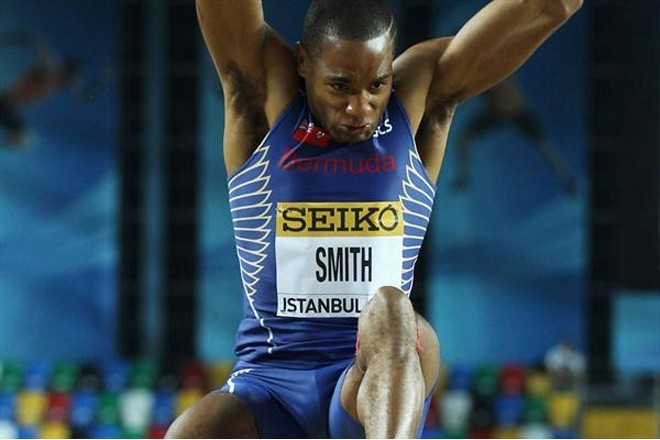 Tyrone Smith, a 2007 history graduate, will compete in the Olympics next month in Rio De Janiero.

A decade ago, Tyrone Smith was in the process of completing one of the top careers by a student-athlete at Missouri S&T, one that saw him earn three All-America awards in the long jump and finish as the national runner-up on two occasions.

What Smith accomplished then was just a prelude to bigger and better things in his track and field career.

Next month, Smith will head to Brazil for the Olympic Games in Rio de Janiero, where the 2007 history graduate will compete on the world’s largest stage in the long jump for the third time representing his native country of Bermuda – and returning to one of the first sites he competed at when he started out on the international circuit.

Read the full story on the Miner Athletics website.

On July 14, 2016. Posted in Alumni, Department of History and Political Science, People