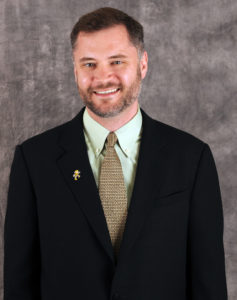 Dr. Daniel Oerther, the John A. and Susan Mathes Professor of Environmental Engineering at Missouri S&T, won for a project that developed an innovative and affordable approach to providing fresh water to rural villages in Guatemala.

The award recognizes Oerther and his team’s work to improve water quality in the Ixcan region of Guatemala. Through a collaboration involving student researchers, the public health service of Guatemala and a non-governmental organization based in Guatemala, villagers were given a solution they built for themselves and provided them with continual access to clean drinking water. With training from Oerther’s team, the villagers constructed slow sand biofilters in schools and homes that made water potable.

In 2015, the work to place filters in the Ixcan region was considered complete, giving clean drinking water to around 75,000 region residents.

E3S Award recipients are chosen by a panel of experts in the areas of environmental engineering and science. The award-winning projects exemplify best practices in using appropriate technologies, and designing, planning and implementing solutions that meet both project and societal needs.

Awards were presented to the winning organizations and their project teams at the Academy’s Awards Conference and Luncheon held at the National Press Club in Washington, D.C.