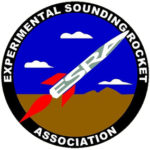 A team of students from Missouri University of Science and Technology will launch a rocket over 10,000 feet into the air as part of the Experimental Sounding Rocket Association’s 11th Intercollegiate Rocket Engineering Challenge.

The competition will be held Wednesday, June 15, through Saturday, June 18, in Green River, Utah. Missouri S&T’s High Power Engineered Rocket Design Team, part of the Advanced Aero Vehicle Group, will compete against approximately 70 other collegiate teams from around the world at the event.

The goal of the competition is to launch and recover a rocket with a 10-pound payload closest to a designated target between 10,000 and 23,000 feet above ground level. Teams can have points deducted for traveling too far below or above the targeted altitude. Teams will also give a technical presentation about their rockets to a panel of judges.

The payload on the rocket will also include two projects designed to garner more interest in STEM education. The first payload is a sensor suite built by a group of students from Fort Zumwalt West High School in O’Fallon, Missouri. It will include a mass spring accelerometer, pressure transducer and thermocouple. The second payload will be a Lego house built by third and fourth graders from the Rosebud Indian Reservation in South Dakota. The small-scale house will test launch stresses on the Lego parts.

Missouri S&T’s rocket, named Helios, is an inline two-stage rocket. Aside from its electronics boards, the rocket is constructed entirely from scratch by students and features the team’s first live telemetry system and first student-made propulsion system, a solid-fueled rocket motor.