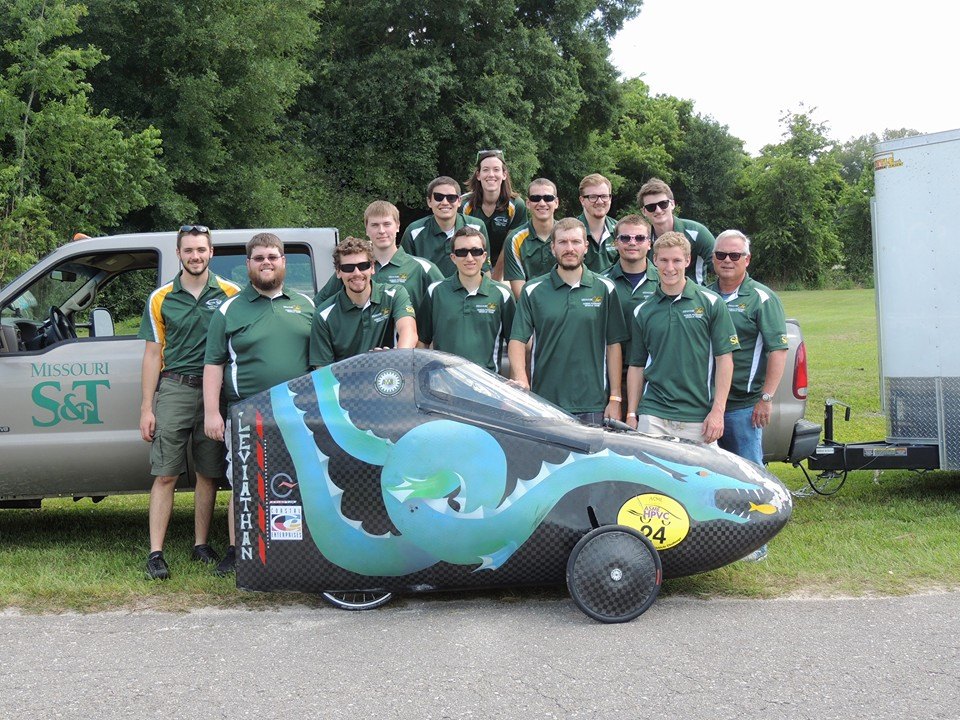 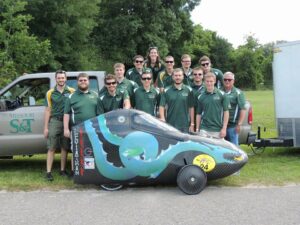 A team of students from Missouri University of Science and Technology will travel to Ohio this month to race aerodynamically constructed bicycles as part of the Human Powered Vehicle Challenge (HPVC) East Coast Competition.

The competition will be held May 13-15 at Ohio University in Athens, Ohio. Missouri S&T’s Human Powered Vehicle Team will compete against teams from universities from around the nation to design, build and operate a human-powered vehicle for practical urban use.

The competition is divided into four main events. Before the competition begins, the teams submit an innovation report and a design report, in which they explain how the vehicle was conceptualized and fabricated. A speed competition will demonstrate how fast the vehicle can travel in a head-to-head competition with other teams. Teams field both male and female riders.

The final component of the event is the endurance race. This event will place the team’s vehicle in an urban environment where they will have to maneuver through various road obstacles, such as hairpin turns, water hazards and speed bumps. The team will earn points in each category, which will then be totaled as part of its overall standings.

This year’s vehicle is a recumbent bicycle featuring a full carbon fiber shell. It has a gyroscopic stabilization system that will help keep the bike upright at all times, even when at a complete stop. It is named “B-24,” a combination of the team’s number and a theme based around airplanes. It is named after the B-24 Liberator, a plane used during World War II. The vehicle is painted to look like a plane, and decal work makes the sides of the bike look like they are airplane paneling.

The following Missouri S&T students will travel to the competition:

— Emily Amerson, a senior in engineering from Peculiar, Missouri

— Stephan Arant, a freshman in metallurgical engineering from Muldrow, Oklahoma

— Tristan Comer, a senior in engineering management from Odessa, Missouri

— Brooklan Davis, a sophomore in geological engineering from Rolla, Missouri

— Alivia Dean, a sophomore in mechanical engineering from Clyde, Ohio

— Jon Graif, a senior in aerospace engineering from Rolla, Missouri

— William Kennedy, a senior in mechanical engineering and economics from Webster Groves, Missouri

— David Lujan, a senior in applied mathematics from Raytown, Missouri

— Deacon Seals, a senior in computer science and electrical and computer engineering from Park Hills, Missouri

— Aaron Wiseman, a senior in mechanical engineering from Springfield, Missouri

— Corey Wiseman, a senior in aerospace engineering from Springfield, Missouri.