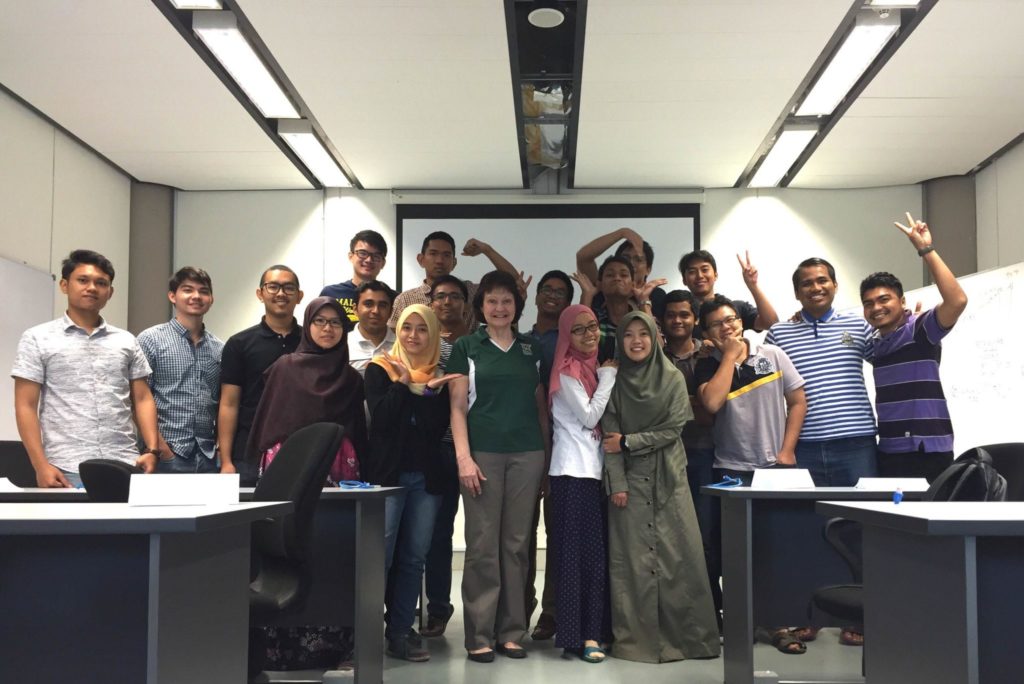 Missouri S&T’s Shari Dunn-Norman is surrounded by University Teknologi PETRONAS students in March 2015 in Malaysia. She was a guest lecturer in UTP’s drilling program, teaching the production module for three weeks.

Do you want to visit distant lands, meet new and exciting people and, maybe, you know, ride an elephant?

Well, Missouri University of Science and Technology has just the thing for you. As part of Missouri S&T’s Study Abroad program, students can spend a semester in Southeast Asia as part of an exchange program with University Teknologi PETRONAS (UTP), a STEM-focused university in Malaysia.

“Dr. Dunn-Norman’s support of the program has been instrumental in making the program what it is today,” says Susan Potrafka, assistant director of International and Cultural Affairs at Missouri S&T. “Her efforts to recruit students to study abroad at UTP and to facilitate the transfer of credits from UTP are some of the main reasons for the program’s success.”

Petroleum is a boom-and-bust industry, and it’s in a down period right now with oil derricks around the country falling silent. But there’s still a need for petroleum engineering education and knowledge, and the exchange program is doing its part.

Dunn-Norman says she and Saaid are committed to the universities’ relationship continuing, even in years with fewer exchanges. Since 2008, Missouri S&T has sent 24 students to UTP and has hosted 28 students from Malaysia. Besides petroleum engineering, the exchanges feature geology and chemical and electrical engineering students.

The benefits for them all, Dunn-Norman says, are many.

“The exchange program offers students an opportunity to experience another culture while studying, and it offers the chance to travel extensively,” she says. “Plus, it gets you out of your comfort zone.”

Saaid, who calls Malaysia “the melting pot of Asia,” said the cultural exchange is a huge part of the program. “For Missouri S&T students or American students in general, this program provides a quick window to improve their world geography knowledge,” he says.

Keeping it going could lead to other aspects, too.

“Together with Dr. Shari, we have been initiating platforms for long-term collaborative research,” he says. “Hopefully, one day we might realize stuff like co-supervision of postgraduate research or double-degree programs.” 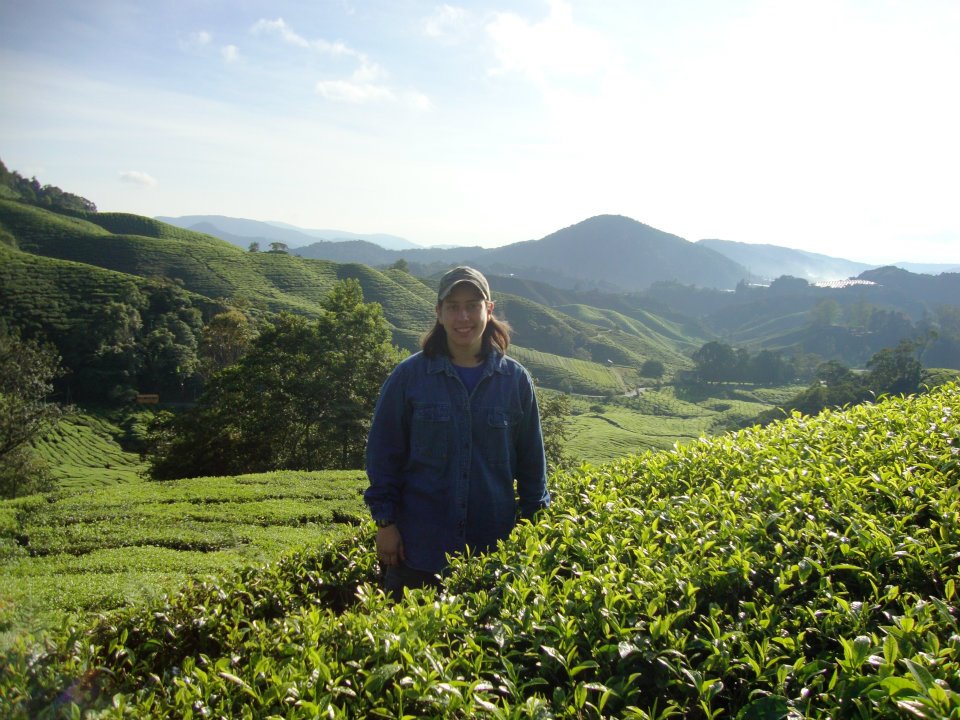 Missouri S&T petroleum engineering alumna Rachel Kautz toured a tea plantation when she spent a semester in 2012 studying at UTP-Malaysia.

The experience taught her many things, Kautz says, and among the biggest was to be ready for anything.

“Most of our trips while we were in Malaysia were a bit spontaneous, and we missed a few buses and got lost in Thailand once, but we were always able to find our way back and figure things out,” she says. “As you can imagine, in the oil field we get hit with a lot of unexpected things, but if you can roll with the punches, that is huge.

“I won’t lie, those first few days over there were a shock and took some adjustment, but that’s part of the ‘be ready for anything’ lesson I learned.”

Experiencing a new culture, eating food that Americans rarely have a chance to try, traveling to other countries in the region and speaking with people in their home countries had a profound effect on Kautz. She says the experience gave her more awareness of what’s going on in the world and made world news more understandable. And it also gave her a way to relate to others who have traveled over there, an experience to share and compare.

Plus, she and Myers rode an elephant.

A Missouri native, Kautz says going to Malaysia helped her prove — to herself, her family and her employer — that she could be comfortable in a place far from home.

“I didn’t get an internship offer until after I had gone abroad, and I don’t know if that was coincidence or the product of some other event, but I am definitely glad I went,” she says. “That experience prepared me for what was to come and made me tougher and more knowledgeable in many ways.”

She most definitely would encourage other students to take that step into the unknown, a first step that Dunn-Norman spurred at Missouri S&T.

“Without Dr. Dunn-Norman’s influence and drive to make it happen, I don’t think it would have happened,” Kautz says. “I’m a better person because of it, and I owe her a lot for that.”

On May 26, 2016. Posted in College of Engineering and Computing, Events, Featured, People, Petroleum Engineering, Top Headlines