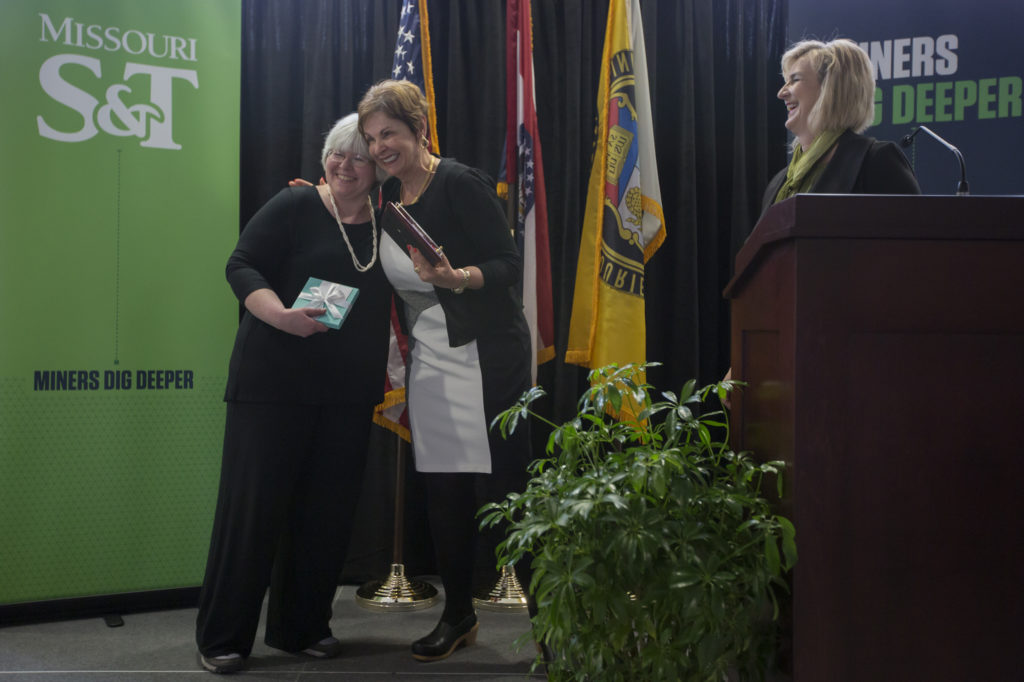 Dr. Suzanna Long, interim chair and associate professor of engineering management and systems engineering at Missouri University of Science and Technology, has been named the 2016 Woman of the Year by Missouri S&T. She was honored during a campus ceremony on Wednesday, April 20.

The Woman of the Year award is given annually in recognition of efforts to improve the campus environment for women and minorities. As part of the award, Long received a $2,000 stipend funded by Missouri S&T graduate Cynthia Tang, founder and former chair of Insight Industries Inc.

“Dr. Long serves as an exceptional role model for young women in her department and across the university,” wrote one of her nominators. “I was impressed with her level of interaction with her students; the rapport she had established with her students was open and encouraging and the students participated in class willingly and often. She created a classroom environment in which students felt comfortable to express their ideas. It is easy for me to see what a great teacher she is and how her students learn well with her interactive and personable style.”

Long, an American Society of Engineering Management Fellow, is a former member of the ASEM board of directors and has served as chair of the technical program committee for the society’s international annual conference since 2013. Long received Franklin Woodbury and Meritorious Service Awards in 2015 and 2014, respectively. She is the president of the Society of Engineering Management Systems in the Institute of Industrial Engineers.

“As a woman who has benefitted immensely from Dr. Long’s mentorship and support, I cannot find words strong enough to convey her unwavering commitment to mentoring, diversity, student learning and the success of female students,” wrote another nominator. “I only hope that I can affect students as profoundly as she has affected me. Dr. Long is more than just a professor; she is a teacher, a mentor and an inspiration to me and several other students.”