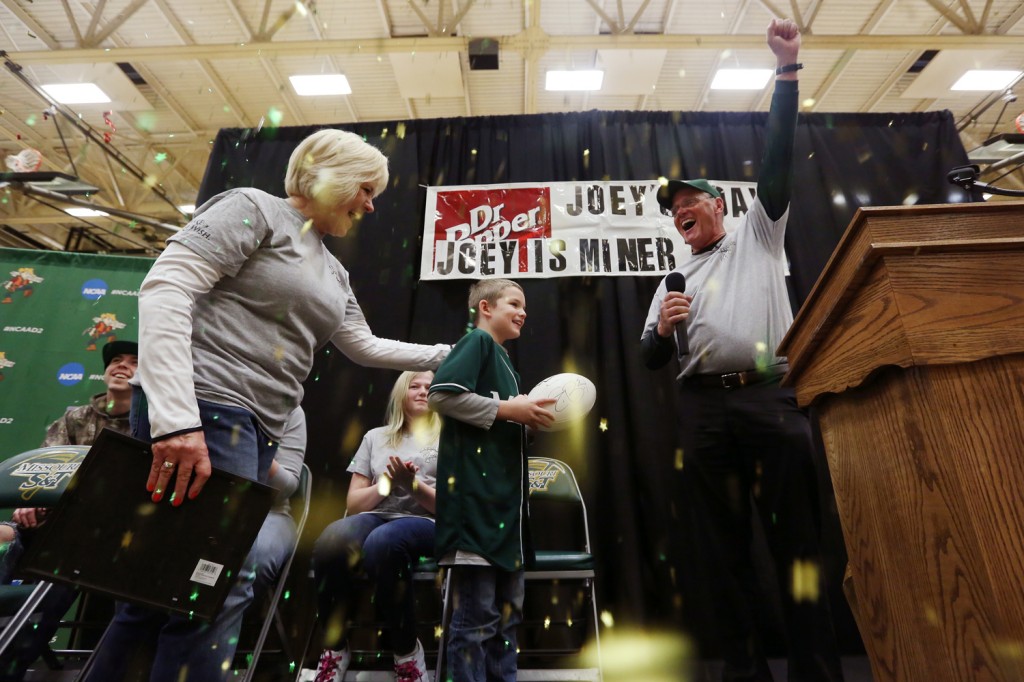 Wearing a Miners baseball jersey, eight-year-old Joey learns that his wish to go to Disney World has come true during a ceremony in the Gale Bullman Building.

The basketball court at Missouri University of Science and Technology became a court of celebration Sunday (April 10) for one area youth battling cancer.

Eight-year-old Joey of Waynesville, Missouri, was the center of attention during ceremonies Sunday on Billy Key Court in Missouri S&T’s Gale Bullman Building, where representatives from Make-A-Wish Missouri, Missouri S&T and the city of Rolla announced that Joey’s wish to go to Disney World would come true.

“Wish Kid” Joey was diagnosed with Lymphocyte-Predominant Hodgkin Lymphoma, a form of cancer, in February 2014. He told his wish granters that he wanted to go to Disney World “because it’s awesome.” He added that he wants to “ride roller coasters, stay in a hotel,” and “see Mickey Mouse and Jake the Pirate.” 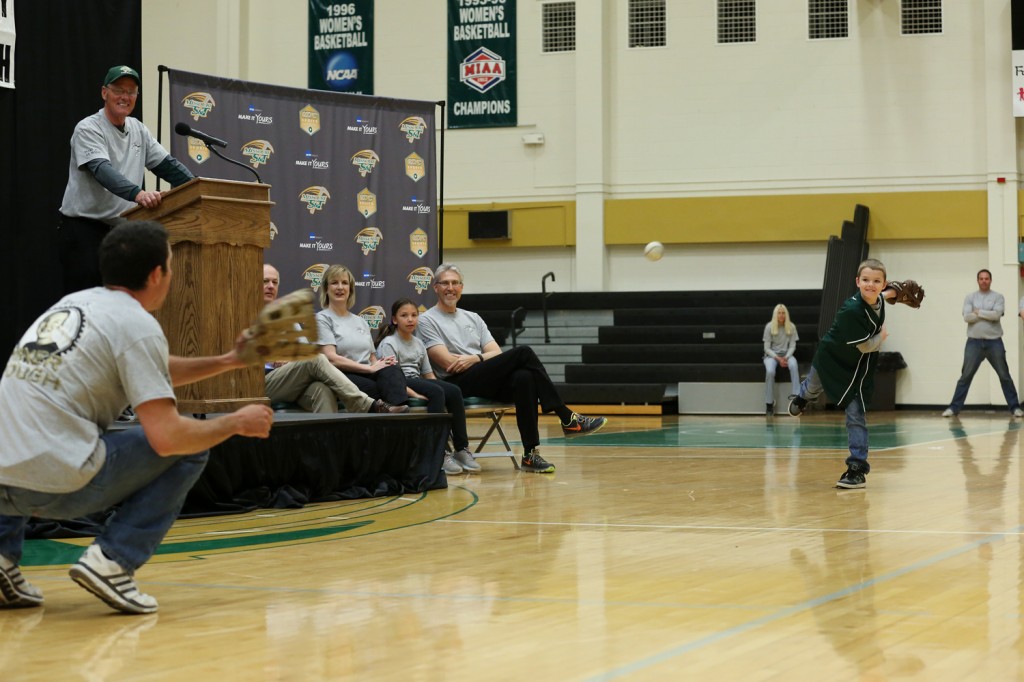 Joined Sunday on the court by his parents and older brother and sister, Joey received the good news from Make-A-Wish Missouri Development Manager Brian Miller, his volunteer Wish Granters Cheryl Vernon and Katie Blakeley, Missouri S&T Chancellor Cheryl B. Schrader, Rolla Mayor Lou Magdits and Missouri S&T Athletics Director Mark Mullin, who served as master of ceremonies for the event. Mullin announced that April 10 was “Joey Day” in Rolla, and – because the event was originally planned to be held one the S&T baseball field – Joey threw a ceremonial first pitch to Tyler Bodenstab, a member of the Missouri S&T baseball team.

Joey also received memorabilia from coaches from each of the Miner sports teams during a VIP event prior to the ceremony, was named an honorary member of the S&T baseball team and along with his parents was given a season pass to all Miner sporting events for the 2016-17 season. 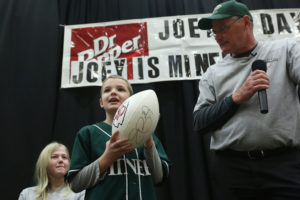 During the wish reveal on the basketball court, Joey also received a football autographed by defensive back Eric Berry of the Kansas City Chiefs. Berry is Joey’s favorite National Football League player and also was diagnosed with Hodgkin Lymphoma in 2014. Following treatment, he returned to football for the 2015 season.

The Make-A-Wish Foundation is a non-profit organization that grants wishes to children between the ages of 2 1/2 and 18 who are battling life-threatening medical conditions. The foundation operates through chapters and affiliate organizations throughout the U.S. and worldwide.

The Make-A-Wish Foundation is the official charity of NCAA Division II and its national Student-Athlete Advisory Committee. Student-athletes from all 16 institutions in the Great Lakes Valley Conference, of which Missouri S&T is a member, take part in fundraising efforts for that organization. Last year, Missouri S&T raised the most money for the Make-A-Wish Foundation of any team in the conference.

According to a U.S. wish impact study, most health professionals surveyed believe a wish-come-true can influence the health of children. Kids say wishes give them renewed strength to fight their illnesses, and their parents say these experiences help strengthen the entire family.