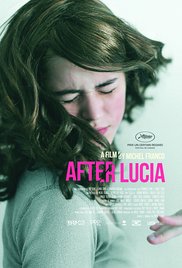 The third film in the Hispanic Film Series offered by the Missouri University of Science and Technology arts, languages, and philosophy department is After Lucia, a Spanish film with English subtitles.

After Lucia, produced in Mexico and released in 2012, is a drama film that follows the story of Roberto and his 17 year-old daughter, Alejandra. After his wife dies in a road accident, Roberto decides to leave Puerto Vallarta and relocate to Mexico City.

“Coping with her mother’s loss and looking for acceptance within her new social network at school, Alejandra has sex with a classmate, and for that mistake, she will silently suffer bullying at school, until she decides the weight of the abuse is unbearable,” says Dr. Jorge Porcel, associate professor of arts, languages, and philosophy at Missouri S&T and organizer of the Hispanic Film Series.

The next film in the series will be 7 Boxes screened at 7 p.m. Friday, April 8. For more information about the Hispanic Film Series, contact Porcel at porcelj@mst.edu or call 573-341-4869.

On March 4, 2016. Posted in College of Arts, Sciences, and Business, Department of Arts, Languages and Philosophy, Events, Featured