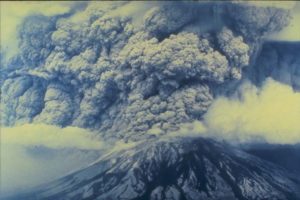 Researchers at Missouri University of Science and Technology are working to make Americans safer by finding a way to predict natural phenomena that’s been 60 million years in the making. Two geophysics professors at Missouri S&T are studying the North American plate to lay the foundation for predicting earthquakes and volcanic eruptions.

For the past 60 million years, the North American plate—basically the whole continent—has been moving southwest at a rate of about an inch a year, says Dr. Kelly Liu, professor of geophysics at Missouri S&T. The shift is a continuation of the breaking of the giant supercontinent Pangea 200 million years ago. As the plate moves, it creates earthquakes and volcanic hot spots, huge mountain chains and gigantic ocean basins.

With $191,512 in funding from the National Science Foundation, Liu and Dr. Stephen Gao, professor of geophysics at Missouri S&T, are using 1,700 seismographs contained in the U.S. Transportable Array that are spread along the lower 48 states to “create a sort of CT scan of the plate,” Liu says.

They’re using the seismographs because “less than 0.25 percent of the Earth can be observed directly using cores from drill holes,” Liu says.

In technical terms, they’re studying shear-wave splitting that indicates the presence of azimuthal anisotropy along the seismic wave’s ray path. In shear-wave splitting, “one wave becomes two after it transmits through an anisotropic media,” Gao says. Anisotropic means that the traveling speed of a seismic wave is directionally dependent when it moves along its ray path in an anisotropic rock layer — just as a block of wood is easier to split along the grain than against it.

Anisotropy’s origin, however, is in dispute, Liu says. Some geophysicists believe it originates in the Earth’s lithosphere, or the hard shell that’s about 150 kilometers thick. Others believe it comes from the Earth’s asthenosphere, or the hard “plastic” layer beneath the crust. Liu and Gao’s research will test which hypotheses for the anisotropy’s origin can be reliably discerned.

“We anticipate that the measurement results will be used by many geoscientists in a broad spectrum of areas to image the crust and mantle structure and to better understand North American plate tectonics,” Liu says. “The geodynamic model derived by the study can provide the backbone for further, smaller scale tectonic and geodynamic explorations, or to test if alternative scenarios for the origin of anisotropy.”