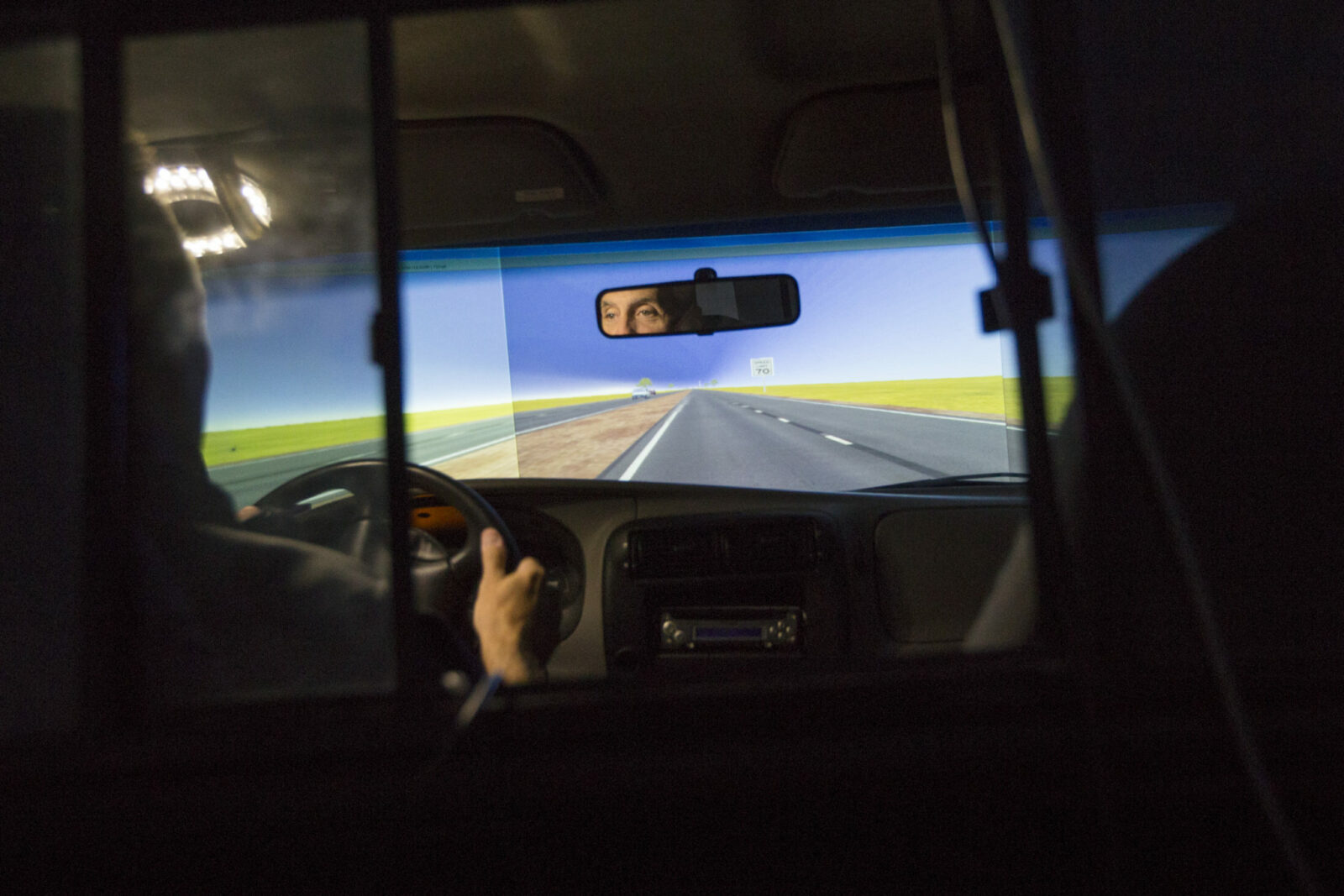 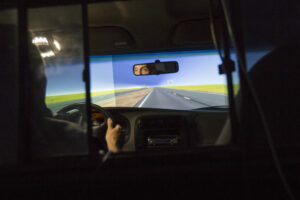 Missouri University of Science and Technology researchers are using a Missouri Department of Transportation grant to help determine if alternate signage could make drivers — and workers — safer in work zones.

Using the cab of a white Ford Ranger XLT with split bucket seats as their driving simulator, Missouri S&T’s team is evaluating merge sign configurations for work zones along the state’s roadways. Three projectors are mounted on the truck’s roof to show a simulated straight stretch of Interstate 70 on a concave screen. Drivers control the steering wheel and acceleration and brake pedals to go through four merge configurations, two each for left and right.

“We do this under normal conditions,” says principal investigator Dr. Suzanna Long, interim chair and associate professor of engineering management and systems engineering. “If you wear glasses, wear them; if you use a hearing aid, wear it; if you take medications, take them.” 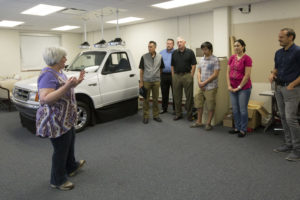 The study is designed to reflect Missouri’s driving demographics, with drivers in four age ranges recruited to participate. In the simulations, drivers maneuver through the current Manual on Traffic Control Devices (MUTCD) work zone and then an alternate one.

There are three phases through which the 18-month project is evaluated, Long says. One researcher records drivers’ simulation performance, measuring speed, steering and braking. Another researcher records a driver’s body language, facial expressions and anything said. Participants are then asked to take a survey to assess their attitudes about the work zones.

Researchers hope to have 75 to 100 participants; so far, 42 have used the Missouri S&T Driving Simulator, not counting Missouri Highway Traffic Safety engineer John Miller, who recently took the truck for a spin.

Using a real truck is important for the study’s efficacy, says co-PI Dr. Ming Leu, the Keith and Pat Bailey Professor and professor of mechanical and aerospace engineering. “This is not a game where you can just drive wherever you want,” he says.

The project’s budget is $156,000, with $120,000 coming from MoDOT and $36,000 split among the Intelligent Systems Center and engineering management and systems engineering.