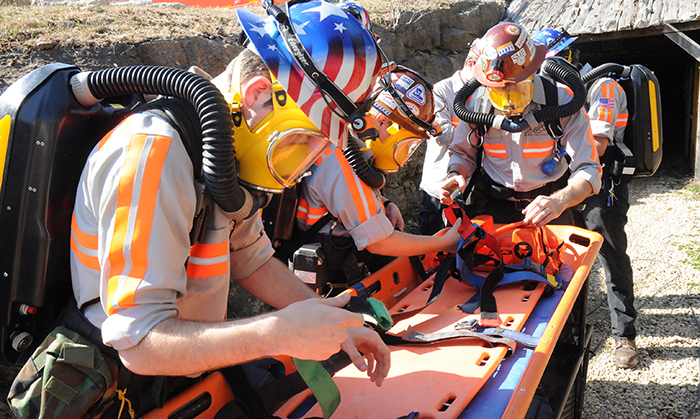 A mine rescue team practicing at Missouri S&T’s Experimental Mine. 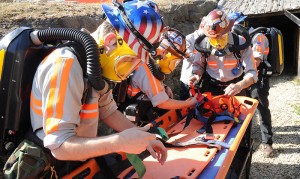 A mine rescue team practicing at Missouri S&T’s Experimental Mine.

Missouri University of Science and Technology will receive $1.2 million in state capital appropriations for a new research and teaching building at its Experimental Mine – regularly listed as one of Popular Science magazine’s most “awesome labs” and home to the university’s popular summer Explosives Camp for high school juniors and seniors.

Missouri Gov. Jay Nixon today (Friday, April 3) announced the funding for the Missouri S&T project. The $1.2 million in state capital appropriations will be matched by an in-kind donation of a pre-engineered building valued at $850,000 (including materials and design) from Jack Kennedy Metal Products and Building Inc. and cash donations totaling $350,000 from The Doe Run Co. and Mississippi Lime Co.

Under the Higher Education Capital Fund, also known as the 50/50 Match Program, campus projects with private donations or grants equal to half the cost of the project may apply for matching state funds for the remaining half.

The new steel building will include 15,000 square feet of space for research and teaching, with classrooms to seat 180 students. Three laboratories will function as workstations for the university’s mine rescue and mucking teams for professional and intercollegiate competitions.

The facility will provide much-needed space to accommodate the increased number of students enrolled in Missouri S&T’s mining and explosives engineering programs. Enrollment in those programs has more than doubled since 2006, from 152 to 341 last fall.

The Missouri S&T Experimental Mine supports teaching and research initiatives in mine ventilation and atmospheric control, rock mechanics and ground control, drilling and blasting, explosives, mine survey, transportation and infrastructure, mineral processing, mine power and drainage, and surface and underground mining methods.

The mine is also used by the U.S. Army and by the Department of Homeland Security for tests and research. It is one of only two sites in the country where professional mine rescue competitions are held to train first responders in mine disasters. It also hosts more than 6,000 visitors each year for educational and public awareness purposes.

The mine is also home base to Missouri S&T’s popular Explosives Camp, where high school juniors and seniors learn the principles of explosives engineering, blasting and pyrotechnics. That camp, combined with research and other activities held at the mine, earned the Experimental Mine the designation of “most awesome lab” by Popular Science magazine for four years running – from 2010 through 2013.

Missouri S&T’s Mine Rescue Team – one of the few such teams composed entirely of college students – also trains at the Experimental Mine and takes part in international competitions there and elsewhere in the U.S. Missouri S&T’s men’s, women’s and coed “mucking” teams, which compete in a series of timed old-fashioned mining techniques, also train at the mine. In March, the S&T women’s team won that event, the International Intercollegiate Mining Competition, in Kalgoorlie, Australia.