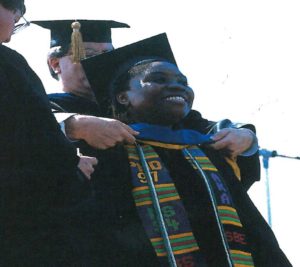 As a student at Missouri University of Science and Technology, Dr. Tamiko M. Youngblood dreamed of breaking down barriers for African Americans.

In 1992, she became the first African American woman to graduate from the mining engineering program at Missouri S&T.

Five years later, she became the first African American woman to earn a Ph.D. from the university.

Dr. Youngblood, of Moon Township, Pennsylvania, died recently at age 46. She was an associate professor of engineering at Robert Morris University in Pittsburgh.

According to the Fall 1997 issue of Missouri S&T Magazine, she grew up in East St. Louis, Illinois in low-income housing with her mother. After graduating from East St. Louis High School in 1986, she enrolled at Missouri S&T on a partial scholarship. In 1992, she received her bachelor of science degree in mining engineering, becoming the first African American woman in the university’s history to earn a degree from that program. She later earned a master’s degree in engineering management from Missouri S&T and in 1997, broke barriers again by earning her Ph.D. in engineering management and becoming the first African American woman to receive a Ph.D. from the university.

She credited her dissertation advisor, Dr. Yildirim “Bill” Omurtag, former chair of engineering management at Missouri S&T and founding dean of the School of Engineering, Mathematics and Science at Robert Morris University, for supporting her during her doctoral studies. “He’s like a father figure, counselor, advisor and friend,” she said in the 1997 interview. “He can see a raw piece of coal and know that the end product will be a diamond.”

Visitation for Dr. Youngblood will be held from 6-8 p.m. Sunday, March 29, at Gateway Area Bible Fellowship Apostolic Church, 85 Water Street, Cahokia, Illinois. Funeral Services will be held at noon Monday, March 30, at the church, with interment services immediately following at Holy Cross Cemetery in Fairview Heights, Illinois. Arrangements are under the direction of L. King Funeral Chapels of Belleville, Illinois.