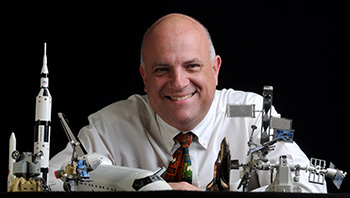 Missouri S&T’s Dr. William P. Schonberg will serve as a University of Missouri Presidential Engagement Fellow during the 2019-20 academic year. 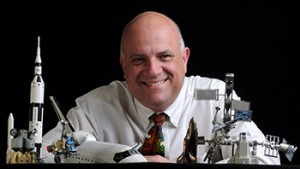 Dr. William P. Schonberg, chair and professor of civil, architectural and environmental engineering at Missouri University of Science and Technology, has been selected to receive a NASA Engineering and Safety Council (NESC) Honor Award.

Schonberg and a group of colleagues who share a research focus in orbital space debris, received the NESC Group Achievement Award. The award recognizes a team of government and non-government personnel for outstanding accomplishment through the coordination of individual efforts that have contributed substantially to the success of NESC’s mission.

The team, led by Michael Squire, principal engineer for NESC, was honored for their work in evaluating the risk from orbital debris to a satellite that will be launching in 2017 called the Joint Polar Satellite System (JPSS).

The team evaluated two models that simulate the amount of space debris found in a given location in the Earth’s orbit and compared those models to others. The team also examined factors that went into the risk assessments and how the accuracy of those assessments could be improved.

“The work done by this team will not only effect the JPSS Project, but will be important for all spacecraft flying in Earth orbit in understanding MMOD risk and risk predictions better,” Squire says.