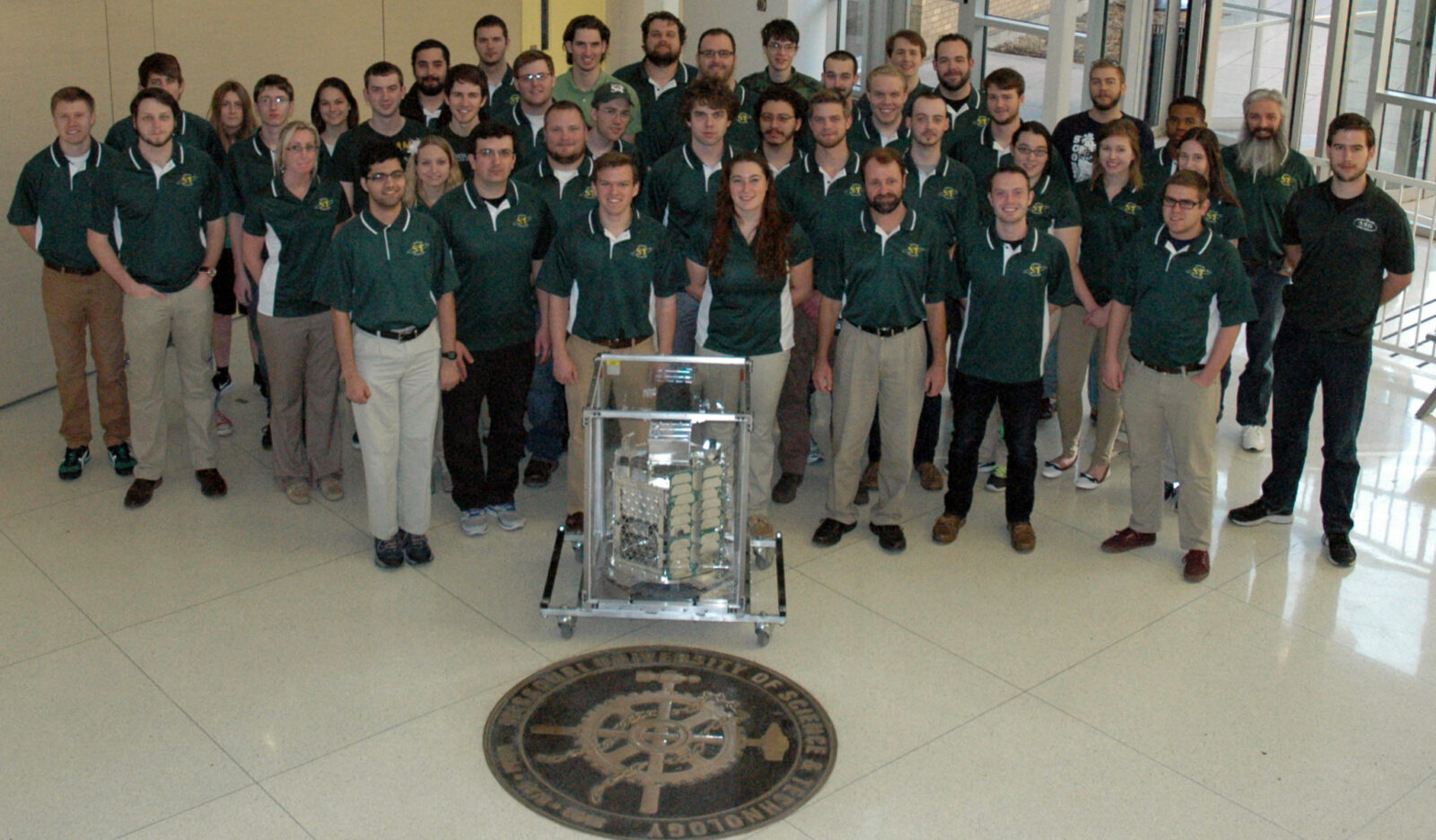 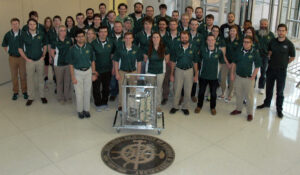 Missouri S&T competed against nine other teams during the final competition, which was held Jan. 18-19 at Kirtland Air Force Base in Albuquerque, New Mexico.

The collegiate competition, which spans over two years, challenges teams to develop and construct a proto-flight satellite while participating in various design reviews and program-sponsored hands-on activities and workshops throughout the two years.

Missouri S&T’s project consisted of two microsatellites, named MR SAT and MRS SAT. One satellite is programed to act as an inspector unit. The other simulates a non-cooperative resident space object, a term for any unresponsive satellite unit. The main action of the satellites is performed by the inspector unit, which orbits the unresponsive unit while photographing it and documenting its characteristics.

“One unit flies around the other while collecting photos and finding out more about it,” says Dr. Hank Pernicka, the Satellite Research Team’s faculty advisor and an associate professor of aerospace engineering at Missouri S&T. “All the competitors had to have a defense-based theme, so our team worked to develop a mission that tests proximity operations between spacecraft.”

The goal of the project was to have the inspector unit test a stereoscopic image sensor to determine the non-cooperative satellite’s real-time relative position and the velocity vectors between the pair. The inspector unit would also test the use of an R-134a-based cold gas propulsion system to help it maintain a close but safe distance to the unresponsive unit. The two-phase R-134a liquid/gas is the same common coolant found in HVAC systems.

All teams were evaluated on criteria such as students’ education about the project, the project’s technical relevance and its flyability, or how well the hardware adhered to quality assurance and spaceflight qualification practices.

“I told the students straight away that their project will be underfunded and due in two years – a ridiculous deadline for normal satellite design,” says Pernicka. “And the safety constraints placed on the teams made it even more difficult than building one normally. By the time these students get into the real world, they will be able to build anything based on this competition.”

Pernicka says that if launched, Missouri S&T’s project may travel to the International Space Station aboard a SpaceX Falcon 9 rocket. There, astronauts will deploy the satellites into orbit using a robotic arm attached to the space station. Other launch vehicle opportunities will be considered by the Air Force as well.

The University Nanosat Program is a joint program between the U.S. Air Force Research Laboratory’s Space Vehicles Directorate, the U.S. Air Force Office of Scientific Research, and the American Institute of Aeronautics and Astronautics. More information about the competition can be found at prs.afrl.kirtland.af.mil/UNP/index.aspx.